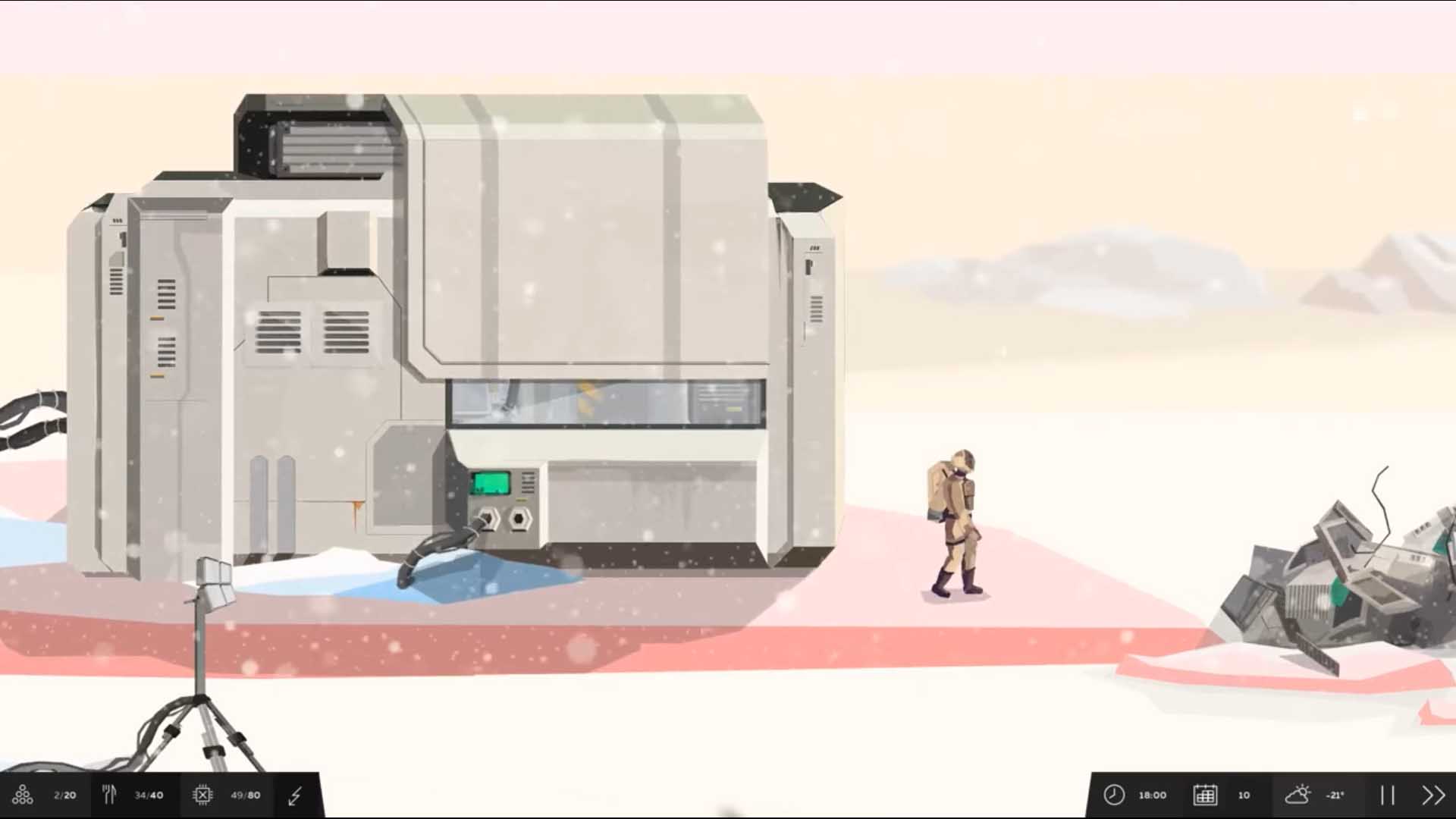 A spaceship crew marooned on an alien planet is a staple of science fiction. Just about every “Star Trek” series has a version of it and the Space Family Robinson dealt with it just about every week on the original “Lost in Space” series. So it’s no surprise to see the trope appear in “Symmetry,” a survival game released in 2018, which puts you in charge of your own embattled crew.

According to our friends at PC Gamer, “Symmetry” is free right now on the GOG games website, but you’d better act fast. This deal ends on Sunday, April 5, at 9 a.m. EDT (1300 GMT).

In “Symmetry” from publisher IMGN Pro, you star as the captain of a crew stranded on an alien planet. Your mission: “Bring them home,” as the game trailer says. But to do that, you have to manage your crew, repair your ship and survive the elements and apparently a sinister force.

“Gathering all the parts required to repair the spaceship becomes a race against time, as extreme weather conditions and life-threatening supernatural activities become more and more present,” reads a game description on GOG.

As a space fan, I found game’s visual design and audio score absolutely enthralling, with the promise of a “non-obvious” plot and “ominous presence” on the planet hard to resist. And with a price set at “Free,” there’s little risk to try it out.

To land “Symmetry” on your own (see, that’s a spaceship joke), you can snag the deal at the top of the GOG website’s homepage by clicking “Get it free” or grab it directly from GOG’s “Symmetry” page here and selecting “Go to giveaway.”

GOG also has some other space games on sale.

At space travel game “The Long Journey Home” is 84% off its normal $29.99 (it’s $4.79) and strands you on the wrong side of the universe after a trip to Alpha Centauri goes wrong.

The brand-new game “In Other Waters” is 10% its $14.99 price if you’re interested in playing a xenobiologist on the planet Gliese 677Cc who discovers extraterrestrial life and alien oceans while searching for her friend. You can read an “In Other Waters” review from PC Gamer here.

So there’s plenty to choose from if you’re looking for a new space game to tackle while staying at home.