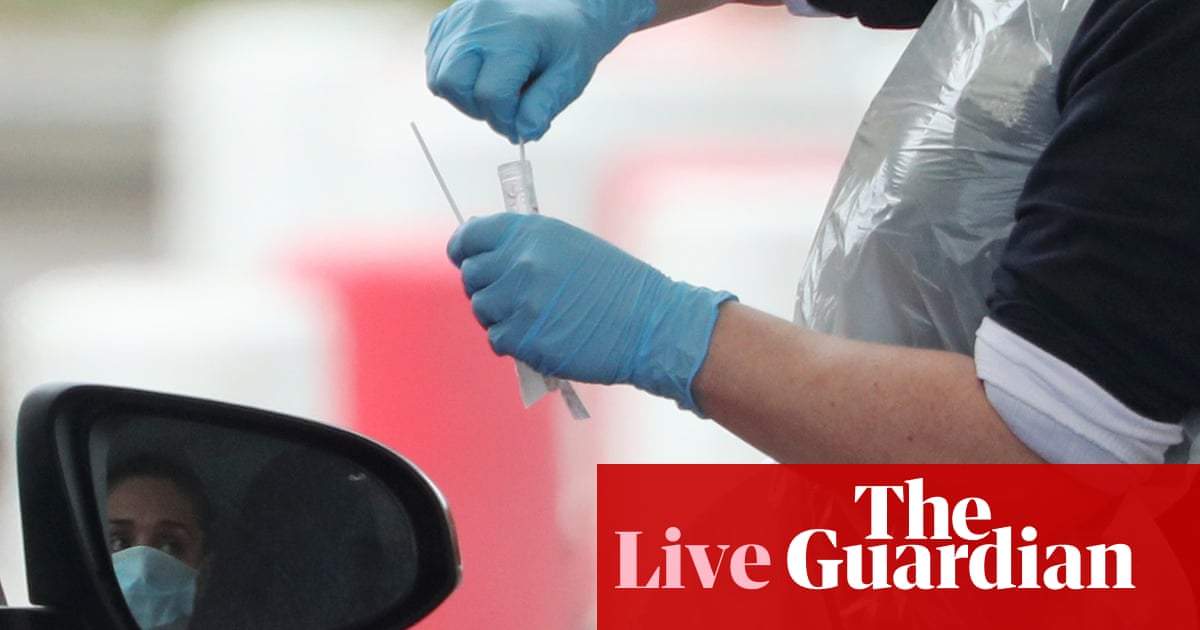 The National Lottery has set up a £50m emergency fund for British heritage sites after almost 50% said they will not survive beyond six months if the coronavirus shutdown continues.

Grants of between £3,000 and £50,000 will be available to sites already funded by the organisation, primarily to train the workforce in digital skills to help them through the Covid-19 crisis.

A survey by the National Lottery Heritage Fund of more than 1,250 organisations in late March found 82% reported the shutdown was a high or moderate risk to their long-term viability. About 35% said their financial reserves would be depleted within four months, and 46% said they would not be able to survive more than six months.

It said priority will be given to sites where there is limited or no access to other sources of support, or where heritage is most at risk.

The Labour MP and deputy leadership candidate Dawn Butler has shared that her uncle has died after contracting Covid-19 in hospital.

In a post on Twitter, the Brent Central MP urged the government to test everyone who works in hospitals “without delay”. She said:

My uncle had a fall, he didn’t have Covid-19. He caught it in hospital and has now sadly died from Covid-19.

Just a few weeks ago we buried his only son. We are devastated as a family but I’m also angry.

Government needs to test everyone who works in the hospitals without delay!

In a video shared on Facebook, Dr Anna Chiles, a partner at Stow Surgery in Gloucestershire, has shared her family’s experience of Covid-19 to raise awareness of how varied the symptoms can be for different people and why it remains paramount to stay at home.

Describing the variety of symptoms experienced in the family unit, she said:

A few of us had coughs. These varied from a dry cough, but also a wetter sounding cough.

My husband and I were both short of breath. We felt like it was like breathing at altitude, a little bit tight when we were breathing in. But the children didn’t seem to have any shortness of breath.

Only one of us had a fever and a couple of us had some aching, flu-like symptoms and a few of us also had a headache.

You can watch the full video here.

In case you missed it… here is a video from the prime minister where he stresses that testing is “how we will unlock the coronavirus puzzle”, as his government continues to face intense pressure over its policy.

It came as Prof Paul Cosford, the emeritus medical director of Public Health England (PHE), who appeared on several programmes this morning, admitted that “everybody involved is frustrated” by the low number of tests being carried out.

He pointed to ongoing capacity issues and said the “core priority” until now has been testing hospital patients with suspected Covid-19.

PHE has come under fire over this policy on wider testing of the public with suspected Covid-19. It has said repeatedly that most adults who develop symptoms will fully recover and do not need to be tested, even as the World Health Organization (WHO) was urging countries to “test, test, test”.

Many scientists have disagreed with the PHE stance, saying it is only through widespread community testing that the UK will be able to track the virus and emerge from lockdown.

At the No 10 daily press briefing yesterday, Prof Yvonne Doyle, medical director of PHE, suggested to reporters the intention was to scale up this sort of testing:

In terms of mass testing, the testing strategy is to increase the amount of testing done not just in healthcare workers but in the population.

Single parents in Scotland have been stopped from shopping in some major supermarket chains after arriving with their children, as staff enforce strict physical distancing rules.

One Parent Families Scotland says that support workers have heard of a number of instances in Glasgow, Dundee and Ayrshire where single parents have been turned away from stores – usually if they have more than one child with them – or asked to leave their children outside while they do their shopping, with Tesco appearing to apply the new rules particularly strictly.

I can totally understand the need to get a balance with the new social distancing advice, but one in four families with dependent children in Scotland are headed by a single parent so there has to be a work around.

A spokesperson for Tesco insisted that there was no blanket policy banning children from stores, and that, while encouraging people to shop with no more than one other person in line with government guidance, staff were being asked to apply common sense in all circumstances.

Good morning. Following a week in self-isolation, the health secretary, Matt Hancock, returns to Westminster today and will unveil a new five-point plan for scaling up testing across the country, which the government calls its top priority. Hancock has recovered from a mild case of Covid-19 and will also front the daily news conference this afternoon.

His plan proposes to boost testing capacity by paying private firms to carry out swab testing, roll out antibody tests, conducting randomised sampling of the population and building up Britain’s long-term diagnostic capacity by working with pharmaceutical firms. However, the government’s ambition of testing 25,000 people a day may not be achieved until the end of this month, while antibody is still yet to begin because none of the nine different testing kits ordered have been approved for use yet. The Telegraph (paywall) has the story.

The government is absolutely lambasted across the front pages today, which includes a hammering from the usually doting Telegraph: “Questions but no answers” accusing ministers of being repeatedly unilluminating on even basic questions about how the UK’s testing regime is to be increased.

However, last night the deputy chief medical officer, Prof Jonathan Van Tam, maintained on ITV’s Peston that testing is ultimately a “side issue” when it comes to saving lives and maintaining physical distancing measures is king. ITV News has the full story. He said:

Elsewhere, the ballot in the Labour leadership contest (remember that?) closes at noon today. The winner – widely expected to be Keir Starmer – will be revealed on Saturday via video link.