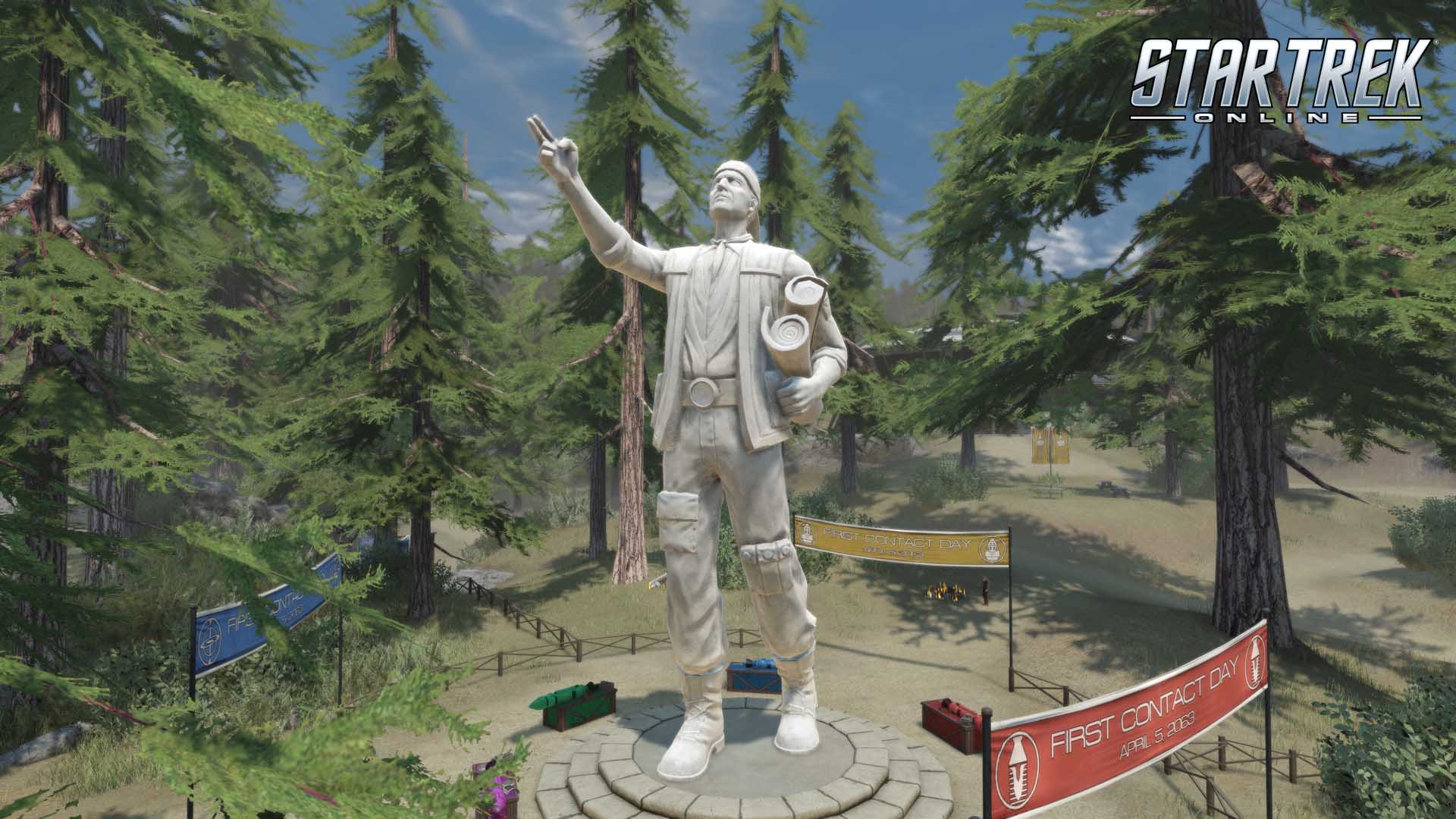 Fancy taking part in humanity’s first meetup with aliens? You can simulate the experience in the popular video game “Star Trek Online” in celebration of the franchise’s First Contact day.

“Star Trek” fans know what happens on that historic day, on April 5, 2063. Engineer Zefram Cochrane deploys warp drive in space for the first time on the Phoenix spaceship, creating a “signature” in space-time that attracts the attention of friendly Vulcan aliens passing nearby our solar system. (You can learn more about the story in the 1996 movie “Star Trek: First Contact“, or the 2001 “Star Trek: Voyager” episode “Homestead”.)

Now you can do the play-by-play in “Star Trek Online”, using PC (from April 2 to 23) or Xbox One/PlayStation 4 (from April 9 to 30). Participating players will time-travel back to 21st century Bozeman, Montana – centuries before the bulk of the “Star Trek” franchise takes place — and find themselves face-to-face with the Borg, an alien group that assimilates and enslaves other species it comes across, according to a press release from the “Online” team.

Luckily, you’ll get insider knowledge in dealing with the Borg. Helping you will be Seven of Nine (Jeri Ryan), who was born a human female and assimilated into the Borg at age six. As an adult, she was freed by the crew of the U.S.S. Voyager starship during events portrayed in “Star Trek: Voyager” (which ran from 1995-2001).

Ryan portrayed Seven again in both “Star Trek Online” and the new CBS All Access series “Star Trek: Picard,”  which is a continuation of the events of “Voyager” as well as “Star Trek: The Next Generation” (1987-1994) and the 2009 “Star Trek” film. “

But the story on “Star Trek Online” is just beginning when you encounter Seven. Players will both protect humanity from the Borg, and build a model of the Phoenix, the press release added.

“After scavenging the area for engines, hulls and stabilizer parts, they [players] will construct their own model and compete with other teams to see who can reach the highest altitude,” the release said. “Rewards for participating in these events include a First Contact Day bundle, and – for those who reach 14 days of progress – a powerful Temporal Vortex Probe which can travel through local space to debilitate enemy vessels in the area.”

More information about the gameplay, rewards and competition is available on the blog of “Star Trek Online.”