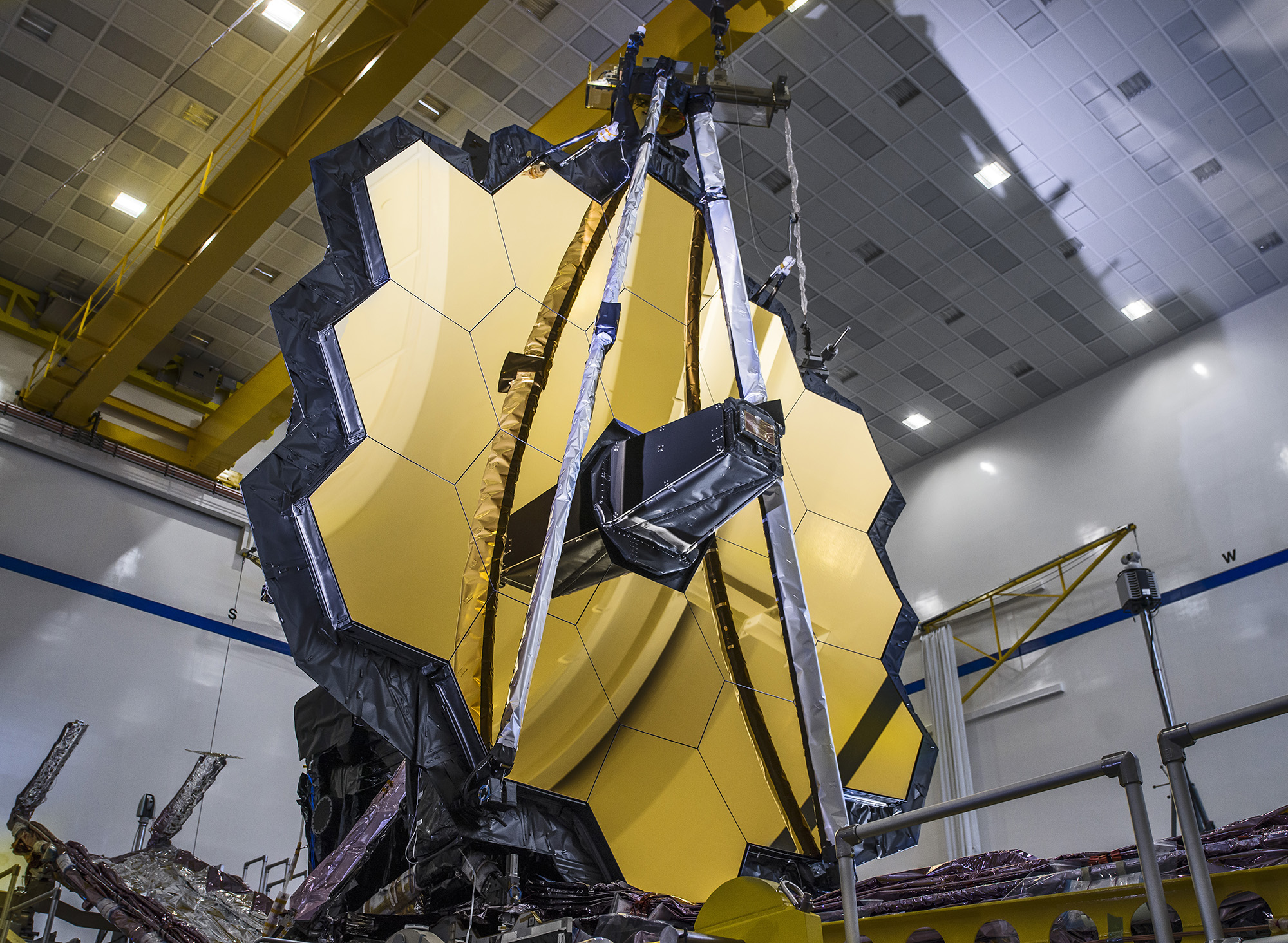 NASA’s next great observatory, the James Webb Space Telescope, has fully deployed its primary mirror for the first time, marking another milestone on its journey to space.

Before all work on the next-generation instrument, which is scheduled to launch in 2021, was paused due to the COVID-19 pandemic, technicians and engineers at the agency were going through a series of tests with the telescope before it’s sent to French Guiana for liftoff aboard an Ariane 5 rocket.

Recently, in one of these tests, the space telescope successfully extended and unfolded its entire 21 foot 4-inch (6.5 meters) primary mirror (the largest mirror of its kind that NASA has ever built). The mirror opened up into the same configuration that it will once the telescope is in space.

During the test, Webb’s mirror was hooked up to specialized gravity-offsetting equipment that simulated the zero-gravity environment in space. So, not only did the mirror deploy as designed, it did so in a space-like environment, demonstrating its readiness. Engineers and technicians will deploy Webb’s primary mirror only one more time before it’s shipped off to its launch site.

Passing this test “is another significant milestone showing Webb will deploy properly in space. This is a great achievement and an inspiring image for the entire team,” Lee Feinberg, optical telescope element manager for Webb at NASA’s Goddard Space Flight Center in Greenbelt, Maryland, said in a statement.

Webb’s primary mirror is a critical piece of the instrument. A telescope’s sensitivity is directly related to the size of its mirror, which determines how much light the telescope can collect from the objects it observes. So, Webb’s mirror has to be really big in order for the instrument to be as powerful as possible. Webb’s mirror is so big that it cannot fit inside of a rocket while fully extended, so it needs to fold up in order to be transported to space. So it’s ability to fold up and then unfurl, ready to get to work, is crucial.

With the COVID-19 pandemic still very much underway, the regular workflow at NASA has been interrupted. Recently, NASA administrator Jim Bridenstine announced that all NASA employees who are not considered essential mission personnel would be working remotely for the time being.

For now, the Webb team from Northrop Grumman is still continuing integration and testing work in California, though they have shifted to reducing the number of people working at a given time, according to the statement. After the deployable tower assembly is set up in April, integration and testing will be fully stopped as a significant amount of NASA personnel are required for those operations.