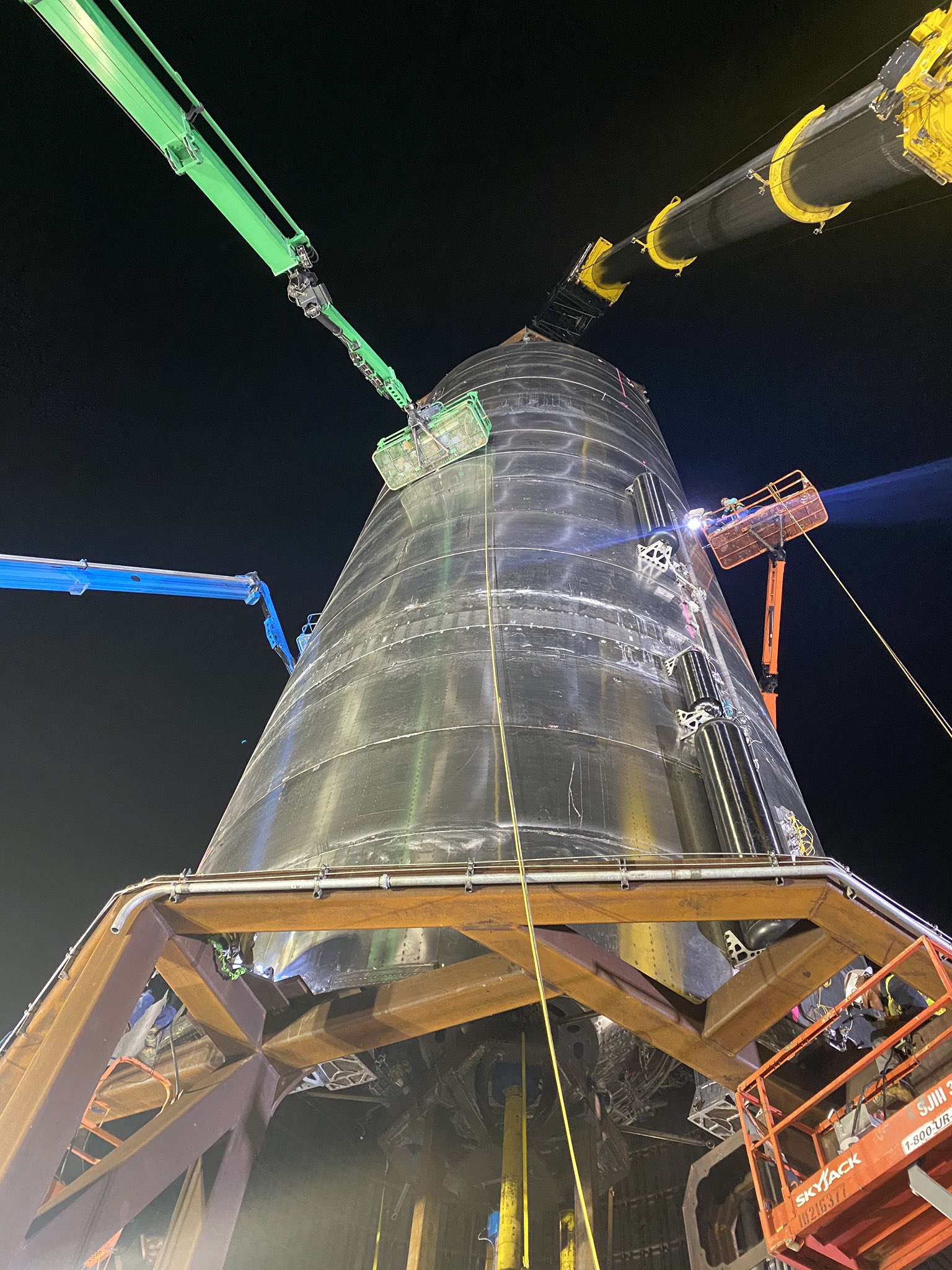 SpaceX is about to start putting the latest prototype of its Starship Mars-colonizing vehicle to the test.

Starship SN3 (short for “Serial No. 3”) has been stacked and hauled to a launch stand at SpaceX’s South Texas facilities near the seaside village of Boca Chica, photos tweeted recently by company founder and CEO Elon Musk show.

The stage is thus set for the SN3’s test campaign, which will start with a pressure trial and end with short test flights into the South Texas sky. That’s if all goes according to plan, of course, and there’s no guarantee that it will. Two previous Starship prototypes, for example, didn’t make it past the pressure-test hurdle.

The Starship transportation system consists of a 100-passenger vehicle called Starship and a giant rocket named Super Heavy. SpaceX is developing this reusable duo to carry people and payloads to a variety of destinations, especially Mars. Indeed, Musk has repeatedly said that he founded SpaceX back in 2002 primarily to help colonize the Red Planet, making humanity a multiplanet species.

SpaceX is building its way up to the final Starship design via a series of prototypes that will go beyond the SN3. For instance, SN4 will likely perform the first high-altitude test flights, which will get up to about 12 miles (20 kilometers) above Earth, Musk has said.

Such milestone tests might be just around the corner, for the billionaire entrepreneur wants to get Starship and Super Heavy up and running soon. SpaceX representatives have said the first operational Starship missions — likely launches of communications satellites to Earth orbit — could happen as early as next year.

SpaceX has one crewed Starship mission on the docket. In 2018, Japanese billionaire Yusaku Maezawa booked the vehicle for a round-the-moon voyage, with launch targeted for 2023.