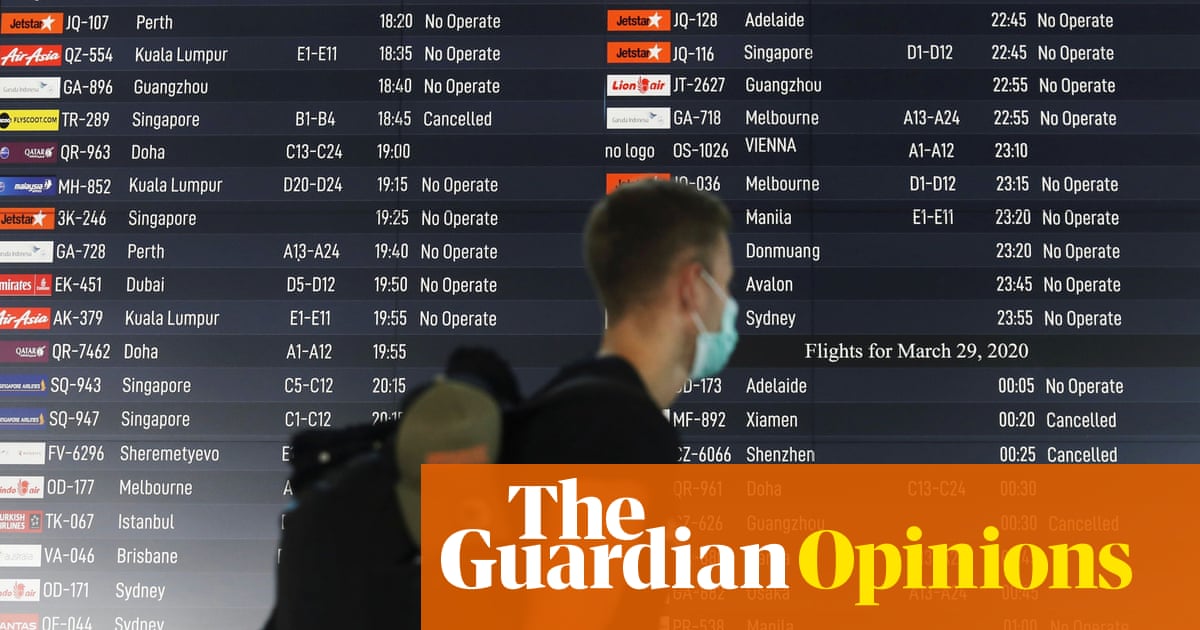 Never did I think I would find myself sat by a pool in Bali, begging to leave at any cost – but that’s exactly the position I was in last week. As coronavirus spread worldwide it halted planes and stranded me and my boyfriend 12,000 miles from home – with no idea how we’d get back.

I was only two months into a backpacking trip, which I had spent two years saving for, when it became apparent that the virus would affect our plans. I decided to play it safe and cut my trip short by three months – with a final week on the beach in Bali to soften the blow. We booked flights home for 25 March. I relaxed into my sunlounger, safe – so I thought – in the knowledge that I would soon be back home. But, as we all now know, what a difference a week makes.

Two days before our flight, I received an email. All transit through the United Arab Emirates had been put on hold. I felt panic: our flights had a stopover in Dubai. I remained calm and booked another flight for the following day. Hours later, the Foreign Office issued a statement advising all British nationals to come home. With flights already being cancelled, my first thought was: “It’s a bit late now.” The next day, our second flight was cancelled. In total, between the two of us, we would end up booking four flights from Jakarta to London each, costing almost £7,000. We spent all of our own savings and even had to borrow money from my mother’s savings. Now we are back in the UK, but because my boyfriend and I both work in hospitality, we can’t even find work to pay her back. But it’s just money, and we are happy to be home.

We were not the only ones in this situation. Denpasar airport was full of people of all nationalities looking bewildered and lost, in tears, frantically making phone calls. The Brits were all in the same boat – essentially being given one day’s notice from the government to get home before all flights were cancelled. It was an impossible task, and pot luck as to whether you had booked a flight that fell in that 24-hour window. My impression is that the British government just wasn’t keeping an eye on the situation. Had it been better at communicating with us, we would have had a better chance of making it home. As far as I’m concerned, the paltry warning was too little, too late.

Airline after airline started cutting flights and thousands of British nationals were left stranded. Tourists, holidaymakers and backpackers were all stuck in a foreign land because we trusted that we would be given fair warning by the government about the crisis as it unfolded, with surely enough time to make it home should things escalate. Booking another flight just felt like grasping at straws, especially as we had been told by the first two airlines that neither of our cancelled flights would be refunded.

As with so much I have read about the government’s response to coronavirus, I feel like we fell through a gap between the official messaging and the reality of the situation. Officially, while commercial flights were still running, we were at no point stranded and therefore non-eligible for repatriation. This is still the case. While airlines still operate flights back to London – I saw one from Bali for £4,500 – the government deems that it has no duty to act. By comparison, Germans and Canadians were almost immediately repatriated.

The German government is now even providing spaces on flights for British nationals – with onward flights provided from Germany to London. It’s no exaggeration to say that the Germans are doing more for Brits than Boris Johnson is.

How can we get home? Brits stranded abroad despair at official advice

Eventually, the message came from the British embassy via a Facebook group that a flight was being provided with special allowance transit through Hong Kong – whose airport had otherwise been closed. We were all strongly urged to take it. I signed up without a moment’s hesitation. At the airport, as I was handed my boarding pass, I felt as if I were being given a golden ticket. I could breathe for the first time in weeks. As we boarded the plane, I heard the sound of a guitar strumming. Six or seven airport staff broke into an impromptu chorus of Stand by Me. It was an incredibly emotional send-off, and almost everyone was crying.

Finally, we arrived in a very deserted Heathrow. I’m extremely relieved to see £75m has now been pledged to aid Britons stranded abroad. But I wonder how this money will be spent. To add final insult to injury, my boyfriend and I had to pay £1,760 each for our repatriation flights. I know first-hand how scared people still stuck abroad must feel. There were people in their late teens in Jakarta who had spent every penny of their own and their parents’ money trying to get home only to see their flights cancelled. I can only hope now that they will get the help and advice that they need.