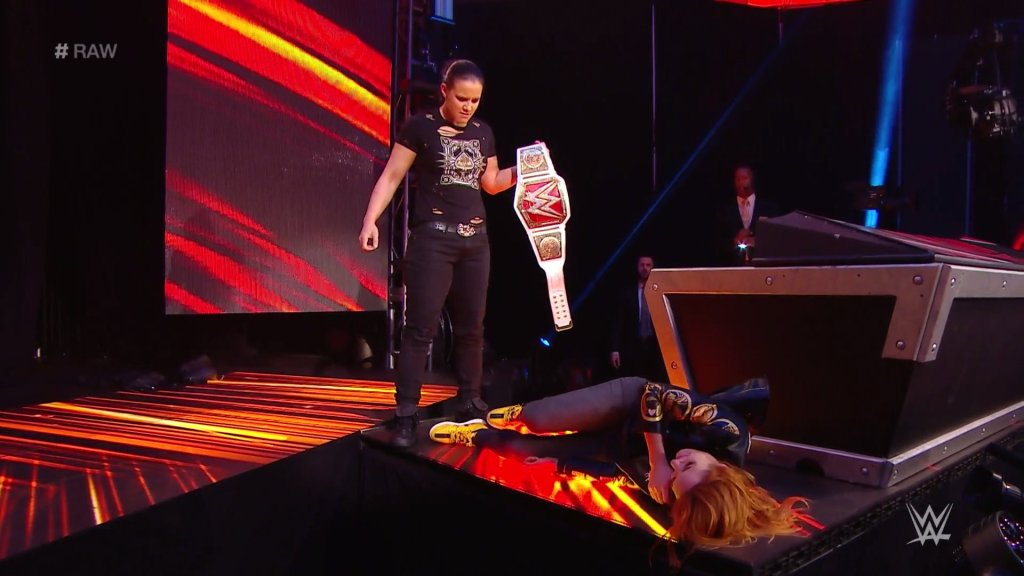 Here are your quick and dirty, editorial-free WWE Raw results for March 30, 2020. The latest Performance Center quarantine edition of the show (and go-home Raw for WrestleMania, somehow) featured promos from the Edge and Undertaker, a replay of last year’s WrestleMania main event, and more. Make sure you’re here tomorrow for the complete Best and Worst of Raw column.

– The Undertaker cut a promo calling AJ Styles “Allen Jones,” saying he only joined WWE after all the good wrestlers like Stone Cold and The Rock retired so he could stay a big fish in a small pond, and, believe it or not, said that at WrestleMania Styles would “rest in peace.”

– Ronda Rousey vs. Charlotte Flair vs. Becky Lynch from WrestleMania 35 was shown in full. Becky Lynch stood on the stage at the Performance Center and watched the entire thing. When it was over, Shayna Baszler attacked her from behind, choked her out, and posed with the Raw Women’s Championship.

2. Kevin Owens and the Street Profits defeated Angel Garza, Austin Theory, and Seth Rollins. Owens pinned Garza after a Stunner, but Rollins immediately Stomped him afterward. After the match, Owens stayed in the ring and cut a promo on Rollins, saying that nobody likes him.

– Edge talked about how Randy Orton has been coasting his entire career, and that while after the Conchairto he was considering going back into retirement, Orton dragged him back into WWE by putting his hands on his wife and saying the names of his children.

3. Asuka defeated Kayden Carter by submission with the Asuka Lock.

– Footage was shown of Charlotte Flair attacking Rhea Ripley from behind when Ripley arrived at the building earlier today.

– Brock Lesnar vs. Rey Mysterio from Survivor Series was shown in full.