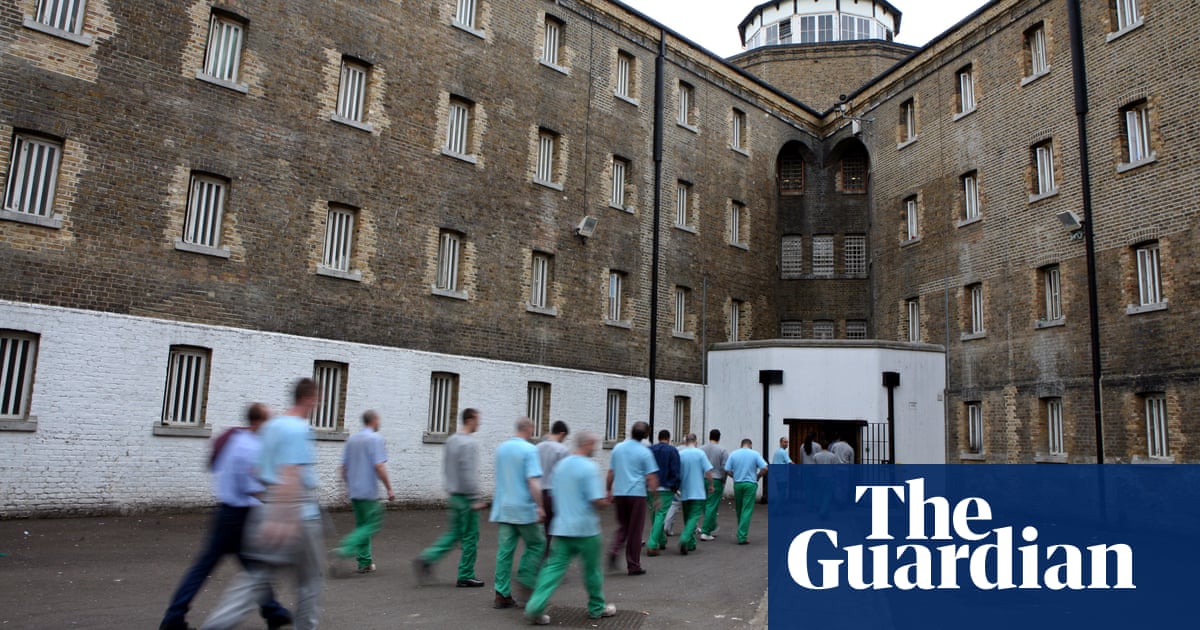 Prisoners who have symptoms of Covid-19 are being placed in the same cells as those who have tested positive for the virus, the Guardian has learned.

The strategy, known as cohorting, has prompted fears that inmates with conventional flu symptoms risk contracting the more serious coronavirus.

Last Thursday and Friday, 12 inmates at Wandsworth prison in south-west London tested positive for the disease and were moved to a designated isolation wing.

A further 40 inmates, who presented with coughs and respiratory problems, are now resident on the same landings. All the prisoners in “isolation” are sharing cells. Meals are brought to them and some report not being allowed out for showers.

The measures form part of guidance issued to prisons last week by the Ministry of Justice (MoJ). “If facing multiple cases of those displaying symptoms, ‘cohorting’, or the gathering of potentially infected cases into a designated area, may be necessary,” it reads.

A source at HMP Wandsworth told the Guardian that there were no plans for further testing at the jail, and prisoners who display symptoms are instead being placed on the isolation wing. The source said 52 prisoners were now classified as “infected”. Separately, they reported that D wing at the prison has had no hot water supply for a week.

The revelation came as the Guardian learned that the justice secretary, Robert Buckland, was looking at releasing pregnant prisoners, amid growing concern about the vulnerability of inmates to the spread of coronavirus. It is understood that the government is not considering a larger-scale release of low-risk prisoners.

The Prisoners Advice Service ( PAS) on Monday published a template for prisoners and their families to refer to in the event that they contracted coronavirus and needed to ask for release on compassionate grounds, under the Criminal Justice Act 2003. Current restrictions on legal aid means prisoners are unlikely to get free legal representation for such applications.

Lubia Begum-Rob, the director of PAS, said placing prisoners who tested positive for coronavirus alongside those with only symptoms breached prison service guidelines, which state: “Any prisoner or detainee with a new, continuous cough or a high temperature should be placed in protective isolation for seven days.”

She said: “Cohorting prisoners, because of multiple cases of inmates displaying symptoms, can only work in containing the virus if each prisoner is kept in his or her own cell.

“Such prisoners should not be sharing a cell with another displaying symptoms, given that one prisoner may have the common flu and the other may have Covid-19.”

A report, published in 2018, found 15% of the prison population had respiratory issues. In 2019, inspectors found that 10 out of 35 prisons inspected failed to meet minimum standards of cleanliness and infection control compliance.

Last month a report from the National Audit Office revealed a chronic state of disrepair across the prison estate, from leaking roofs and failed heating systems to broken cell windows and rat infestations.

Concerns have been raised about the safety of older prisoners at risk from Covid-19. There are about 1,700 prisoners over 70, with many in their 80s and a growing number over 90.

Last week, the MoJ announced that all prison visits in England and Wales were cancelled until further notice. All prisoners are confined to their cells apart from cleaners, kitchen staff and other key prisoner workers. All inmates who normally work are being paid regardless.

A spokesman for the MoJ confirmed cohorting measures were in place in prisons to “protect the rest of the prison population”. He added that decisions on testing for Covid-19 on prisoners were taken by Public Health England.

The MoJ said: “Our utmost priority is to protect life during the coronavirus outbreak. We have flexible plans in place to keep all staff and prisoners as safe as possible, and are issuing secure phone handsets to help offenders keep in touch with their loved ones.”