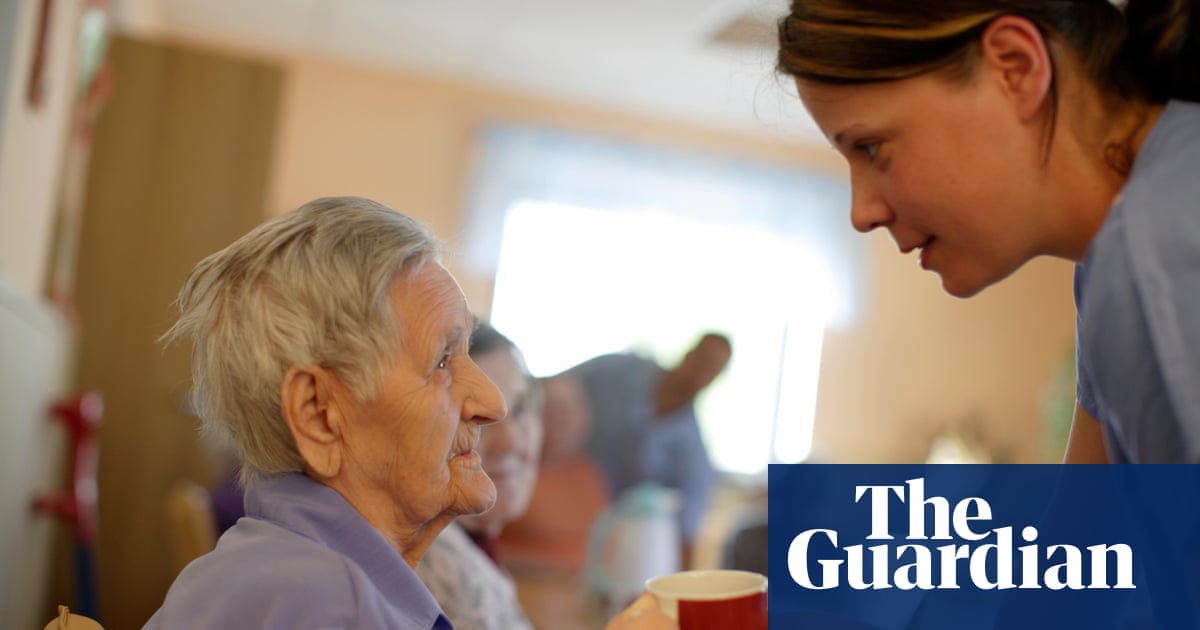 Britain’s care homes are in danger of being overwhelmed by the coronavirus, with staff warning they are at “breaking point” and the country’s biggest charitable provider revealing confirmed or suspected cases in more than half of its facilities.

MHA, which runs more than 220 facilities, said 750 of its staff – more than one in ten – are unable to work, and that confirmed deaths from the disease are rising.

Unison, which represents care workers, on Tuesday called on Boris Johnson to intervene and end severe shortages of personal protective equipment (PPE) in the care sector, which houses more than 400,000 of the UK’s most elderly and vulnerable people.

On 25 March, the prime minister promised sufficient PPE would arrive with care workers by the end of last week. But MHA said on Tuesday that its staff are regularly using up their week’s supply of face masks from the government in a single day, and nine of its homes have “dangerously low” amounts of kit.

A survey of 10 care homes in the Barking, east London, constituency of Labour MP Margaret Hodge on Monday also found that eight were struggling with shortages, particularly of goggles.

Unison leader Dave Prentis told Johnson in a letter that public workers lacking PPE “feel like they’ve been forgotten – their safety a mere afterthought, despite the critical work they do”.

Care workers are also calling on the government to issue clearer guidelines to care home managers about how to stop the virus spreading. Workers have described despair and rising anxiety at seeing staff and residents mix with people confirmed to have Covid-19, and feeling as if they were being treated as “cannon fodder”.

These issues emerged as the Office of National Statistics released the first data about suspected or confirmed Covid-19 deaths outside hospitals. This suggested that, up to 20 March, a fifth of all confirmed and suspected deaths happened in care homes, hospices, domestic homes and other locations.

Little has been known about the death toll of coronavirus in care settings, because daily figures released by Public Health England only relate to NHS hospital fatalities. The number of deaths from confirmed coronavirus cases in hospitals rose by 381 to 1,789 on Tuesday.

“The adult social care sector must not be treated as the poor relation of the NHS,” said Sam Monaghan, chief executive of MHA, which has seen nine confirmed deaths from coronavirus in its homes, with many more suspected.

“Our people are also working day and night with those who are most vulnerable to coronavirus and we are yet to be included in the testing that is being rolled out for the NHS,” he said. “This and [PPE] needs addressing urgently so we can keep our staff and those we care for safe. We are anxious that we may see an increase in staff expressing concern about coming into work without being supplied with adequate equipment.”

A care assistant in a 20-person care home – not operated by MHA – in south Wales told the Guardian that staff had been frightened after doctors asked each resident if they would prefer to stay in the home if they contract Covid-19, and all said they wanted to stay.

“We have thermometers, that’s it,” she said. “How do we contain it in a home? We have people with dementia and we can’t keep them in their rooms. All we have for PPE is the generic paper mask, gloves and plastic aprons. We are risking our lives. It makes us feel like we are cannon fodder.”

Another carer at a home in Edinburgh said he was reduced to tears last Friday, when he realised staff looking after a resident with Covid-19 were also looking after another resident, and people were coming and going from the area where the infected person was staying.

“The manager said they didn’t know what the protocol was,” he said. Staff were “a bundle of nerves” and “so stressed”, he said, adding that he had cried in the toilet in a rage about “a lack of clarity about how we should proceed with all of this”.

Workers have told Unison that some managers are either refusing to issue face masks or not providing training in how to use them, and not supplying hand sanitiser, causing anxiety that staff may infect their families and spread the virus among the people they care for. Unison said some carers have reported being asked to work even if they have underlying health issues, and to bring their children in to work if they cannot arrange childcare.

On Tuesday Hodge wrote to the health and social care secretary, Matt Hancock, demanding urgent action to supply more PPE, improve food supplies and prioritise testing so self-isolating care workers can get back to work.

“The government must act faster to protect both the most vulnerable people in our communities and care home staff,” she said. “The pronouncements they are making in parliament and the situation on the ground simply doesn’t add up.”

Two care homes in her constituency said they had no hand sanitiser, and two said that staff members had been threatened by members of the public when trying to bulk-buy in supermarkets to feed their residents. Several said they lacked PPE, with one saying they were borrowing plastic goggles from a local school.

The Department for Health and Social Care has been asked for comment.