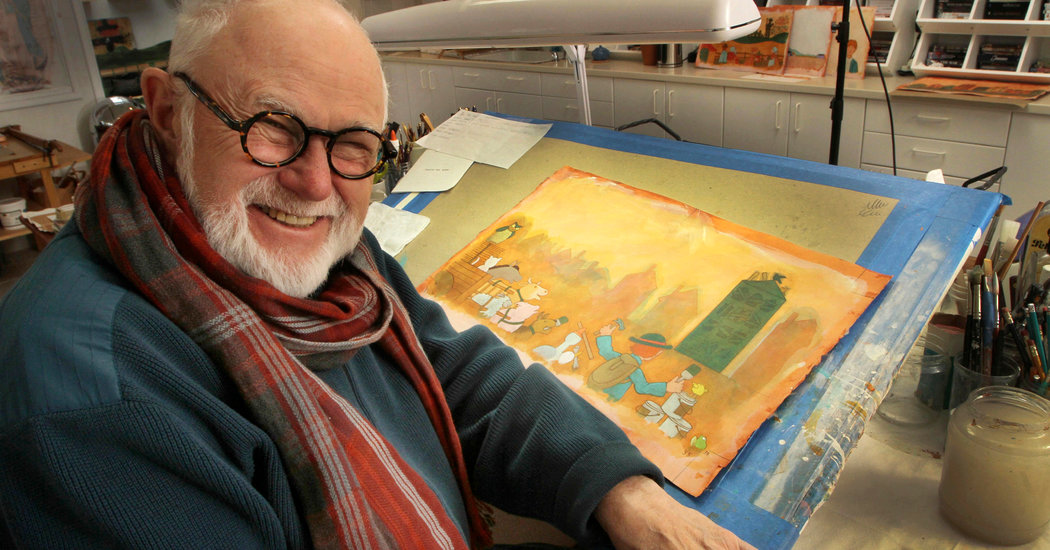 Tomie dePaola, the celebrated author and illustrator of scores of beloved children’s books including the “Strega Nona” series, whose heartwarming stories nurtured and delighted many young generations, has died. He was 85.

He died on Monday at the Dartmouth-Hitchcock Medical Center in Lebanon, N.H., because of complications from a surgery he had after a fall, Doug Whiteman, his literary agent, told The Associated Press.

Mr. dePaola stirred imaginations by writing or illustrating more than 270 books. The ones that resonated most with children, he told The Times in 1999, were inspired by his own life.

His grandmother and great-grandmother formed the basis for the characters in “Nana Upstairs and Nana Downstairs,” one of his most famous books, which dealt with the death of each woman. And “Oliver Button Is a Sissy,” a book about a young boy who is bullied by his peers for preferring dancing and reading to doing sports, was inspired by his own experiences as a child.

Like Oliver Button, Mr. dePaola was a tap dancer when he was young, and he insisted on dangling his tap shoes from his shoulder to the chagrin of his father, he said in the 1999 interview. But after he started performing, he added, his father took pride in his abilities.

Like Mr. dePaola, Oliver Button was rescued by an unknown helper who crossed out the word “sissy,” scribbled on a wall, and replaced it with another S-word: “star.”

“I was called sissy in my young life,” he said in the 1999 profile, “but instead of internalizing these painful experiences, I externalize them in my work.”

Mr. dePaola was born in Meriden, Conn., in 1934. He studied at Pratt Institute in Brooklyn — which named him “one of the top 125 Pratt icons of all time” in 2012, according to his website — and at the California College of Arts in Oakland, Calif.; and Lone Mountain College in San Francisco. He later taught in the art and theater departments of colleges in California, Massachusetts and New Hampshire.

A renowned artist, Mr. dePaola received multiple awards, including the Smithson Medal from the Smithsonian Institution and the Kerlan Award from the University of Minnesota, and he was the U.S. nominee for the international Hans Christian Andersen Award in illustration in 1990. He won the 2011 Children’s Literature Legacy Award for his “substantial and lasting contribution to literature for children,” according to his website.

Despite almost universal admiration for Mr. dePaola’s books, some were briefly banned in the past, including “Oliver Button Is a Sissy,” which was prohibited by a school in Minneapolis for being “anti-sport”; and “Strega Nona,” about a kindly, older witch in southern Italy, which was banned by American libraries for painting magic in a positive light.

Gov. Chris Sununu of New Hampshire, where Mr. dePaola lived and worked in a renovated 200-year-old barn, wrote on Twitter on Monday about the writer’s death, describing him as “a man who brought a smile to thousands of Granite State children who read his books, cherishing them for their brilliant illustrations.”

Mr. dePaola had known he would be an artist since he was 4, he recalled in an interview in 2002.

“And I’ve managed to do all those things.”