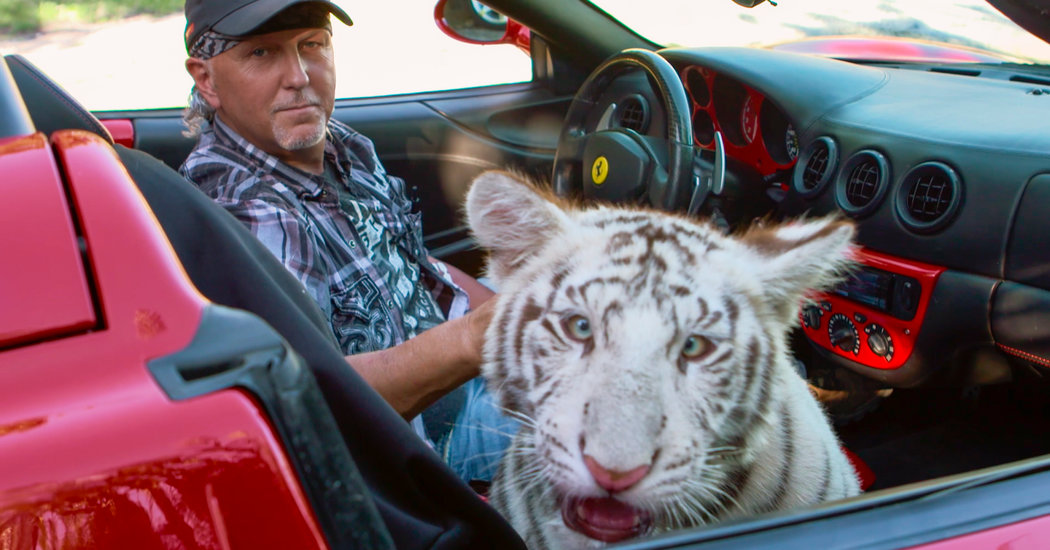 It’s impossible to know whether or not the Netflix docu-series “Tiger King: Murder, Mayhem and Madness” would have become such a sensation were we not all spending most of our waking hours inside. The show’s subtitle itself feels like it was made for a different time, one in which the show really had to sell itself to potential viewers. (“It has murder, mayhem and madness.”)

The New York Times TV critic Margaret Lyons certainly knew, writing, “Narratively, this seven-part documentary is kind of a mess, but everything it depicts is so outrageous that it barely matters.”

If you’ve seen the entire series (or even just a few episodes), you’ve likely been inspired to dive down a rabbit hole and read even more about the sordid tale of Joe Exotic, Carole Baskin and the world of American big cat owners.

First, you might want to know that last fall, “Saturday Night Live” actress Kate McKinnon signed up to produce and star as Baskin in the limited series “Joe Exotic.” That series is based on a podcast of the same name by the writer Robert Moor. (You can listen to that podcast here.)

Moor also wrote one of the two definitive journalistic pieces on the saga of the Tiger King. There’s this Texas Monthly piece, and then there’s Moor’s, which he wrote for New York Magazine, and is a meaty long read that has tons of details the series does not. Like the following:

“When he got back to the park, he put a pair of tigers with lions, and soon his first liger was born. Then he decided to house the liger with a lion, and a year later the first liliger was born — half-lion, half-liger. Joe would go on to create a tiliger and even a tililiger (or T3) — creatures that existed almost nowhere else on earth. Some of these hybrids grew to monstrous size; Joe’s largest weighed over a thousand pounds. By continuing on this trajectory, Joe believed he could re-create a prehistoric sabertooth tiger. (Big-cat biologists universally agree that this is absurd.)”

Moor put together a Twitter thread detailing some random facts he found during his reporting, but he deleted one of the Tweets, and now it’s all messed up! (Who among us?) Still, you might be interested in scrolling through his feed.

Here are some more of the most interesting and informative pieces “Tiger King” has inspired, from around the web:

“One of the craziest things about this crazy-ass show is the bad edit that it gives to Carole Baskin, making a murderer and a bona fide reality TV villain of one of the few participants who has not actually been convicted of anything murder-adjacent … In a series that is bursting with felons, cult leaders, polygamists, wife abusers, animal abusers, and cruel egomaniacs, it’s Baskin alone who is treated without sympathy.”

“By Tuesday morning, Sheriff Chronister, who watched the seven episodes of the documentary with his family, was holding a Facebook Live news conference in his kitchen. He wanted to discuss the disappearance of Don Lewis, who ran a big cat sanctuary in the Tampa area before he went missing 23 years ago.”

A Debate About ‘Tiger King’ Between Me and Myself [Vulture]

“Me: Is ‘Tiger King’ good in a moral sense? Is it humane? Is it compassionate? Is it an ethical piece of filmmaking? Because come on, you know you cringed while watching this.

“‘Tiger King,’ for all its extreme watchability, also lives pretty close to that TLC reality-show place. There’s a whiff of class tourism here, not that different from shows like ‘Toddlers and Tiaras’ or ‘Here Comes Honey Boo Boo’ — shows that treat their subjects like sideshow acts in a circus, where the circus is poverty. You feel okay watching this?

“After some light internet research, Vanity Fair concluded that the mystery musicians responsible for Joe’s tracks are Vince Johnson and vocalist Danny Clinton, both of whom are listed in ‘Tiger King’’s credits. But Joe guarded this ‘secret’ fiercely.

“‘I had no idea he was going to Milli Vanilli the songs,’ Johnson wrote Vanity Fair in an email. ‘It was a couple of months and two or three songs [into the collaboration] when I was on YouTube one night and just happened to look up Joe Exotic. And there he was, lip-syncing and acting like the ghost of Elvis [in these music videos].’”

“To learn more about how American citizens can legally own tigers, lions, and other large, dangerous animals as pets, People talked to Alicia Prygoski, the legislative affairs manager at Animal Legal Defense Fund — a group dedicated to furthering animal welfare ‘by filing high-impact lawsuits to protect animals’ — about the current laws (or lack thereof) regarding exotic pet ownership in the United States.”

Why Yes, a ‘Tiger King’ Star Did Appear in Britney Spears’ ‘Slave 4 U’ VMAs Performance [Billboard]

Slow and Steady [The New Yorker]

This 2012 piece about turtle conservation looks at Eric Goode, who directed “Tiger King,” along with Rebecca Chalkin. In it, Goode is described as a “Manhattan hotel and restaurant owner” who “built and bought trendy hotels — the Maritime, the Bowery, the Jane, Lafayette House” and also used to date Naomi Campbell.