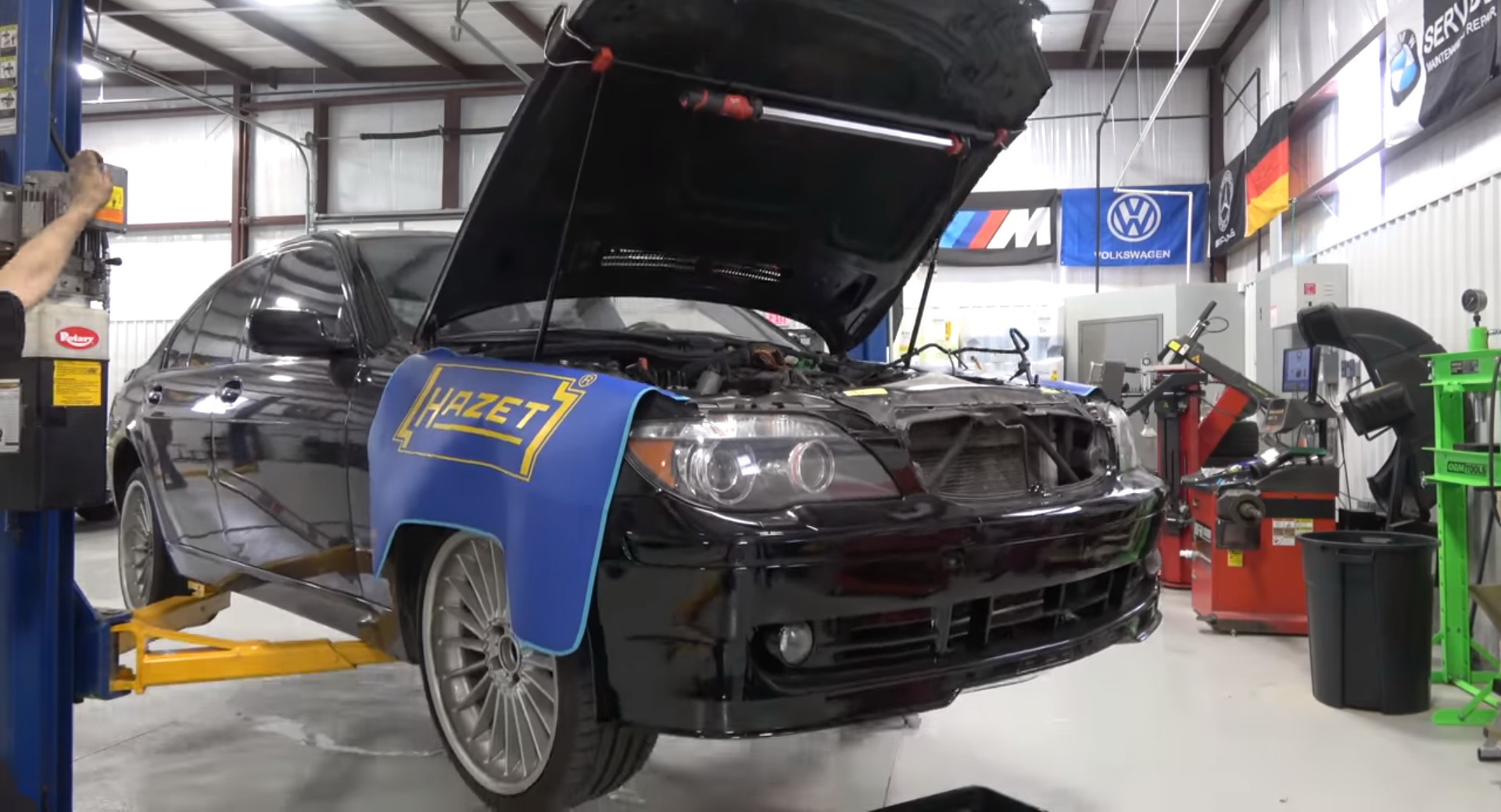 Buying an ex-$100k luxury car for peanuts doesn’t mean you’re avoiding the maintenance costs of a $100k car and that is especially true when it comes to old BMW models like this 2007 Alpina B7.

Tyler Hoover of Hoovies Garage knows this but since he paid only $3500 for this black example, he appears determined to spend more than the value of the car to get it in tip-top condition.

We all have heard horrifying stories on the reliability of various BMW models, including their infamous appetite for oil; the common problem here lies in the valve seals, which typically fail and let the oil drip inside the combustion chamber.

This leads to excessive oil consumption and makes your cool BMW smoke like a chimney, at least during start-up and taking off if you catch it early.

The job of replacing the valve seals in a BMW V8 is an engine-off affair in most cases, including in this high mileage Alpina B7 which has an engine bay drenched in oil because of -surprise- various other leaks.

The material of the valve seals is to blame, allowing the oil to sip through and burn inside the chamber. The issue affects models from 2002 onwards and has been the subject of a class-action lawsuit on the N63 twin-turbo V8 engine as well.

There’s a reason why old luxury cars are offered for so little money in the used market but you better be prepared for a world of pain if you pull the trigger, especially if it’s an old BMW 7-Series.