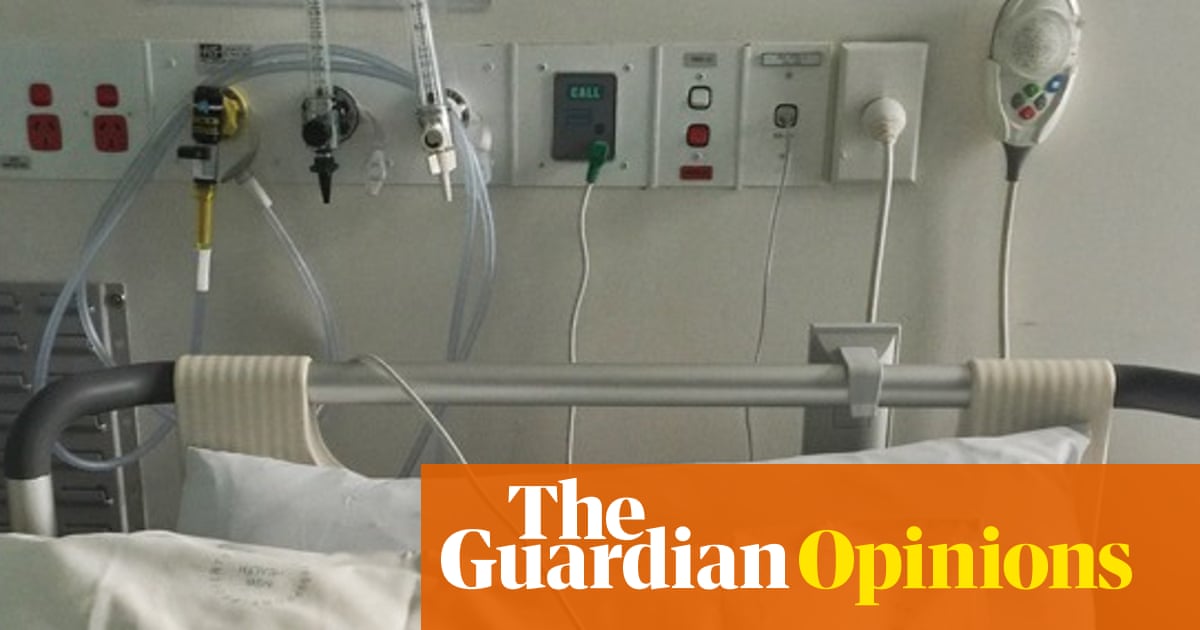 None of us know how to do this. In many ways the fact that we are all struggling together gives us the chance to be open about how hard this is. The whole world is being asked to change, to distance ourselves, to hibernate, with little chance to prepare. There are many who have lost jobs. Many of us face sickness.

None of us know how to do this. You are not the only one who is scared. We are all suffering from some level of adjustment disorder.

I can’t speak with authority about the way governments and societies will meet these enormous challenges but I can offer a tiny personal roadmap for coping with really tough times. I scratched it out during a camping trip that was absolute hell. The next bit is hard, because the location of the camping trip turns everyone off, but stick with me. I want to pass on some simple tools for survival during times when everything goes wrong.

During the trip I spent eight months sleeping on pull-out beds. Purple vinyl pull-out beds, no less, that doubled as seats during the day. These seats were squashed into the corner of crowded rooms that were clean, but the level of fear and sadness in those rooms was often extreme. They sat adjacent to the hospital beds my son, Tom, spent months in during his treatment. The purple vinyl seats are standard equipment in the paediatric oncology ward where Tom’s life was saved.

A bump on the side of his leg that appeared unexpectedly in the first term of year 6 turned out to be osteosarcoma, a rare childhood cancer. The diagnosis arrived at a time our family was already coping with a ridiculous amount of upheaval. Within two weeks of the awful news we had to go ahead with an interstate move to Sydney. My husband started a new job. Tom’s older sister started at a new high school (her second in six months) and Tom and I started spending long stretches of time in the hospital. Everything changed.

Back to the purple vinyl chairs. Parents sleep beside their kids on these lumpy, squeaky, purple vehicles for the translation of exhaustion into coma. They soothe their kids, help them eat, monitor their condition and call for help if needed. There are parents sitting on those seats in Australian hospitals right now. Most importantly they help their children navigate the transition from the relatively carefree geography of childhood to coping with constant pain, fear, sadness, and ongoing sickness.

I was able to learn some survival tricks because Tom was kept alive by an incredible community of doctors, nurses, hospital workers and allied health professionals (social workers, psychologists, tutors and music specialists). These amazing people are experts at care and compassion in hellish scenarios. That is what they do every day. Now more than ever.

You just can’t live at peak fear for months

So to my scratchy roadmap. There are four directions that I held on to to keep us on track during those eight months.

The first, and probably most important, was to keep turning up. When you feel overwhelmed, remind yourself that you have one simple thing to do: turn up. So get out of bed. Be nice to the people around you. Take a shower. Eat something healthy. Just turn up. If all you are asking yourself to do is something simple, you can usually get it done. If you get something done, you feel better.

My son faced a much harder ask, and there will be many among us who face the same tests of bravery. He had to turn up for painful tests and sickening medications. At 12 he had to face agonising operations and months in hospitals wards where the short lives of some kids ended. He was the brave one, and if he could keep turning up, I bloody well had to. When I did, and I could help him, I felt better.

The second direction was one Tom and I worked out together to control anxiety. During his treatment, if Tom was sick with an infection he needed to be isolated so that he didn’t pass it on to any of the other immunosuppressed kids. At that point we were housed in a small single rooms that often had a whiteboard fixed to the wall facing the bed. It had an official purpose: it could be used by medical teams to map out treatment scenarios. But because this was a children’s hospital, the boards were taken over by drawings and games and sayings. In our room we drew a big bear and then a bush beside it in roughly the same shape. If you glanced quickly they might look the same but the lesson was that one was dangerous and the other one was not.

Tom was often scared, particularly in the first three months of his treatment when the demands of adjusting were overwhelming. There were times when the level of fear threatened to crush both of us. We talked about keeping a perspective on what was really bad. What was the real size of the problem we faced that day? In the language of a kid: was he scared of a bear or a bush that he’d mistaken for a bear? In stressful times it was important for us to have something to help us ratchet down the fear when it wasn’t necessary. You just can’t live at peak fear for months.

Which brings me to direction number three: mountain pose. This is yoga and it is really simple. You can do it anywhere. Stand with your feet just a little apart. Roll your shoulders open and let your hands face forward. Sigh. Make a noise with that sigh that will tell your body to let go of your worries and just be – even if it is only for a moment. You will feel better. I learned this trick many years ago. People used it before meetings or presentations to gather their thoughts. It works just as well in living rooms and hospital wards. Tom made me do it the other day when I was losing it and worried about the world. It worked. My son has now become my teacher.

How not to panic during the coronavirus pandemic: welcome hard times like a Stoic | Brigid Delaney

The final direction came late one night when I was desperately tired and worried, alone with my son in an isolation ward, unable to rest. I was standing at the end of his bed and watching him sleep, when a nurse came into the room. A beautiful, older Tongan woman, she knew without words what I was going through. She gave me a hug, and while I sobbed she told me something very simple: “This is a season.” At the time those words didn’t solve anything for me but her grace and kindness were deeply soothing. Since then, however, those words have lived inside me and they continue to grow my understanding of what life is. There will be bad times – this is one of them. Hopefully we will live to see this time pass and enjoy the next season when we can go back to leaving the house, meeting friends and living our lives with less fear.

We were lucky. Tom is now 15 and full of life. He is shaving, he has a girlfriend and he makes me laugh when he’s not driving me crazy. I write this listening to Tom and his sister playing with the dog in the loungeroom, my husband is working in the basement, and we all have a deeper understanding of the value of life.

I couldn’t be more thankful to be here with them right now. Keep well.

(For Gabe and Saskia)