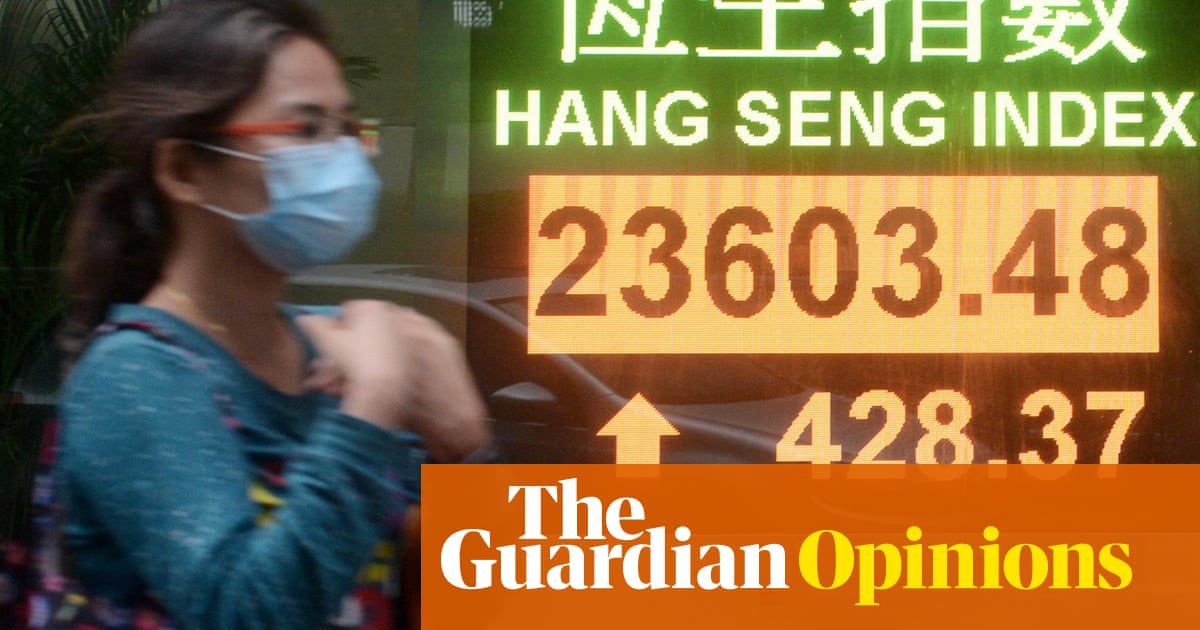 At the end of the first quarter of the year, stock market investors are counting their losses. The FTSE 100 index has fallen 25% since the turn of the year, its worst single quarter since 1987. The financial crisis of 2008, around the collapse of Lehman Brothers, ran for several quarters and should still be considered more severe. But, whatever your yardstick, 2020 so far has been brutal for equity investors, which includes most people with a pension plan.

Narrow your focus to the last couple of weeks, however, and the picture looks different. You could almost believe normal life has returned. The FTSE 100 overall has risen in seven of the last nine trading days, and in eight of the last 12. And, if you caught the bottom, congratulations: you could have made about 16% in three days.

Grounds for optimism? It’s far too soon to say, obviously. All one can conclude from the outbreak of relative calm is that investors like the policymakers’ responses so far. A fortnight ago, their big fear was a credit crisis – and the first stirrings were definitely present. Central banks (at least for now) seemed to have seen off that risk by flooding the financial system with liquidity and “whatever it takes” messages. That was the moment when peak panic passed. Even the rush to the haven of US dollars has abated.

Meanwhile, western government’s economic lockdown measures – everything from the $2tn (£1.6tn) stimulus package in the US to UK chancellor Rishi Sunak’s £330bn lending package plus 80% “furlough” scheme in the UK – have been applauded as robust interventions that maximise the chances of a V-shaped recovery. Investors have even learned to love lockdowns: they speak to the same narrative that, once the spread of the virus has been contained, the global economy will rev with pent-up demand by the end of the year.

The script could indeed develop that way but some heroic assumptions are being made. The rapid bounce-back theory rests on the idea that lockdowns will last only two or three months, at most, with no need to reimpose them.

Perhaps that will be accurate but, remember, the investment consensus eight weeks ago was that Covid-19 was mainly a China-only affair and would be over quickly. Projections have been made to look very silly very quickly in this crisis. It is why little should be read into Tuesday’s better-than-expected survey of business confidence in China: one unreliable piece of data does not imply a lasting rebound.

Nor do we know if governments’ support packages, though they seemed enormous on announcement, will be sufficient. Look at the calls for extra help already piling up at the UK Treasury’s door: even commercial landlords, who should be well placed to take some strain, are begging the state to cover shortfalls in their rental income.

What we know now is that there will be a big bill at the end. The UK Debt Management Office on Tuesday said it would raise £45bn just in April via sales of government debt, a stunning sum that compares with £9.5bn in the same month last year. In the coming financial year, the UK’s budget deficit could treble to £200bn, or 10% of GDP, the Institute of Fiscal Studies estimated last week. Meanwhile, companies, many of which were carrying too much debt in the first place, will be carrying even heavier levels. It all drags on investment.

Stock markets can, obviously, look through such worries – they are in the business of peering round the next corner. All the same, it’s hard to believe this bear market will be banished quickly. Stuttering progress, punctuated by frequent disappointments, feels as much as one can reasonably expect from shares for a while. In the phrase we’re hearing a lot from clinicians these days, it’s a marathon not a sprint.