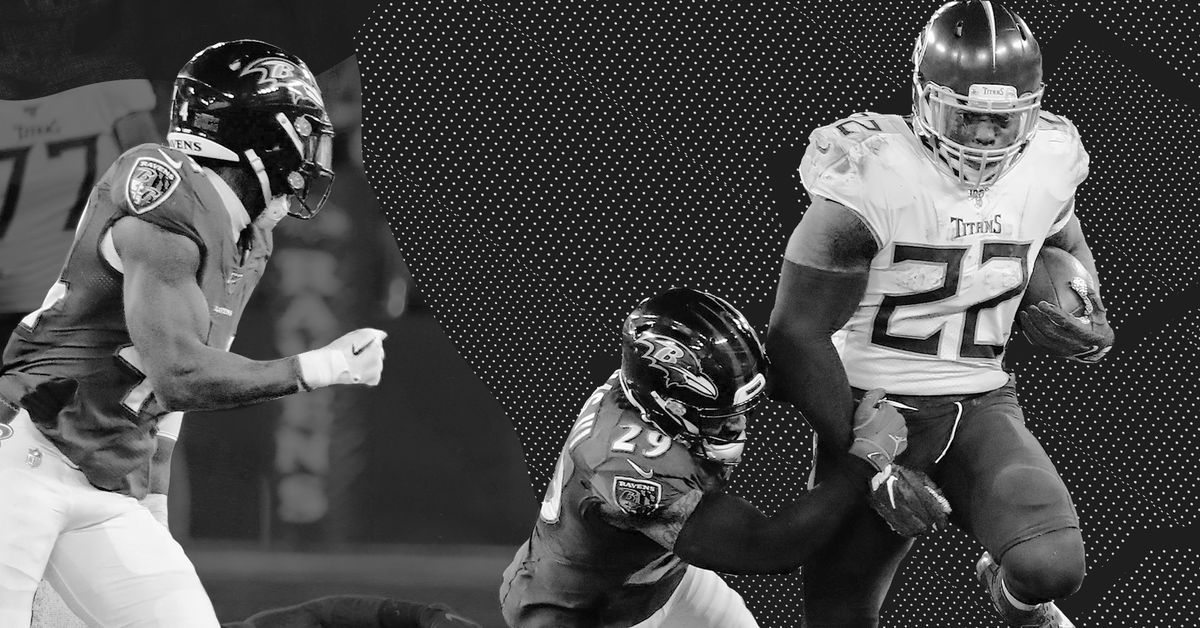 The Baltimore Ravens’ top priority this offseason has been adding beef to their defensive line. It’s easy to figure out why.

The Ravens were the betting favorite to win Super Bowl 54 at the end of the 2019 regular season. With second-year quarterback Lamar Jackson putting together an MVP season, the team finished 14-2 and earned the top seed in the AFC.

It didn’t matter at all.

The sixth-seeded Tennessee Titans — fresh off an upset win over the Patriots on Wild Card Weekend — steamrolled the Ravens in a 28-12 Divisional Round win.

For just about all of 2019, it was the Ravens doing the steamrolling. They ranked first in the NFL in points scored, first downs, rushing yards, and rushing yards per attempt. Both Jackson and running back Mark Ingram topped 1,000 rushing yards, while Gus Edwards wasn’t too far off with 711.

How did it all go wrong? For one, the Baltimore offense transformed into an uncharacteristically mistake-prone unit. Jackson wasn’t as sharp as usual with two interceptions and a lost fumble. He wasn’t helped either by a supporting cast that had six drops.

But most all, the Ravens’ defense was bullied. Derrick Henry ran for 195 yards, carrying an offense that only asked Ryan Tannehill to throw 14 passes. That was a problem Baltimore probably should’ve seen coming.

Baltimore finished the regular season fifth in the NFL in rushing yards allowed and ninth in rushing touchdowns allowed. Those numbers are misleading, though, because most teams didn’t try to run against the Ravens.

With Baltimore usually leading and dominating time of possession, opponents passed to try to keep up. As a result, no team faced fewer rushing attempts in 2019 than the Ravens.

When the team did face a rushing attack, it often struggled. The Browns rushed for 193 yards in their September victory over the Ravens, while both the Bengals and 49ers topped 150 rushing yards in matchups against them. Opponents averaged 4.4 yards per carry against Baltimore, 12th highest in the NFL.

Even though few teams were able to exploit it, run defense was the Ravens’ Achilles heel all along. Baltimore was top five in DVOA (a Football Outsiders metric measuring efficiency) in passing offense, rushing offense, and passing defense. It was 20th in rushing defense.

So it makes sense that the team’s offseason thus far has been dedicated to plugging that hole.

Baltimore should be much better against the run in 2020

The Ravens haven’t made many changes in the spring. And why should they? The roster is already among the best in the league.

But where the Ravens really set themselves up for success is with two trades:

1. They acquired Calais Campbell from the Jaguars for the low cost of a fifth-round draft pick. Jacksonville is in the midst of a full-fledged teardown of its roster and was happy to part with Campbell’s $15 million salary cap hit. That gave the Ravens a Walter Payton Man of the Year Award winner who was a Pro Bowler in each of the last three seasons.

While Baltimore lost defensive tackle Michael Pierce in free agency when he signed a three-year, $27 million deal with the Vikings, they found a more than capable replacement in Campbell. It’s a short-term solution with Campbell set to turn 34 before the beginning of the 2020 season. Thanks in part to the second trade, though, the Ravens have draft capital to address the need for the future.

2. Days after trading for Campbell, the Ravens sent backup tight end Hayden Hurst to the Falcons for a second-round pick. In two seasons with the team, the former first-round selection had only three touchdown receptions and was outshined by Mark Andrews.

That trade — along with a third-round compensatory pick for losing linebacker C.J. Mosley in 2019 — has the Ravens set to pick five times in the first three rounds. That’s more than enough opportunity to find run-stuffing defensive linemen and linebackers.

Perhaps the Ravens could even package those picks to move up and take one of the best defensive tackles in the class. Auburn’s Derrick Brown and South Carolina’s Javon Kinlaw are both projected to be picked in the first half of the first round.

While Queen isn’t the largest linebacker at 6’0, 229 pounds, he never shied away from providing run support at LSU.

“I have the heart to be able to stop the run,” Queen told reporters at the NFL Combine, via The Advocate.

Regardless of the route Baltimore takes in the first round, the team has the resources to upgrade its defensive front seven.

Baltimore had other issues in 2019. Jackson needs more playmakers on offense and the interior of the offensive line could use help following the retirement of Marshal Yanda. However, run defense was the Ravens’ biggest hole, and their offseason moves have reflected that.

Injuries, regression, and bad luck can all conspire to slam the championship window shut for a contender. But on paper, the Ravens should have all the tools to make a run at the Super Bowl again in 2020.