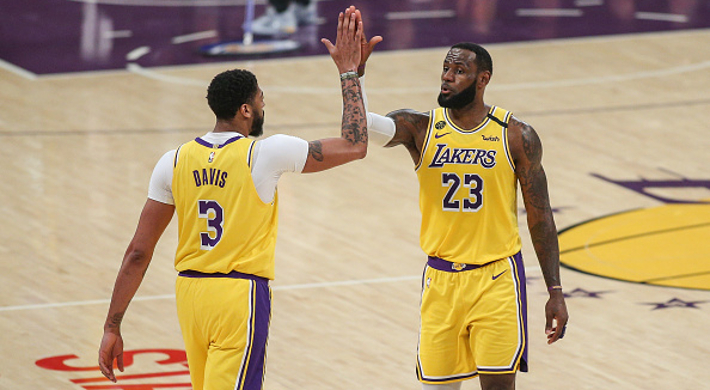 Since the NBA shut down earlier this month amid the global COVID-19 pandemic, it’s put the whole 2019-2020 season in jeopardy. And depending on how long the hiatus lasts, the implications could extend well into the future as the league examines its options for eventually moving forward.

Initially, it was Rudy Gobert’s positive diagnosis that prompted Adam Silver to put the season on pause indefinitely. Since then, several other players, including Gobert’s teammate Donovan Mitchell, have contracted the virus as well, though both Jazz players have been cleared within the past week.

On the other side of the country, Kevin Durant was among four total Nets players who tested positive, which subsequently resulted in the Lakers, who played Brooklyn just before the league pressed pause on the campaign, all getting tested. Two of their players came back positive as well, though the team did not specify who. On Tuesday, they finally got some good news, announcing that all players had been free of symptoms following a 14-day quarantine.

Via Dave McMenamin of ESPN:

Two weeks after two unnamed Los Angeles Lakers players tested positive for COVID-19, the team announced Tuesday that all of its players are currently symptom free.

The Lakers had to wait two days for test results and then all of their players were placed in a 14-day home isolation prescribed by the team. Fourteen players out of the Lakers’ 17-man roster (including two-way contracts) were tested at the time, league sources told ESPN.

Commissioner Adam Silver has said previously that he will revisit things on April 10, but with the virus still spreading rapidly, it seems unlikely we’ll have a return to sports anytime soon. In the meantime, we’ll just have to try to contain our excitement as we wait another three weeks for the 10-part Michael Jordan documentary, the premier of which has been moved up from June to April.