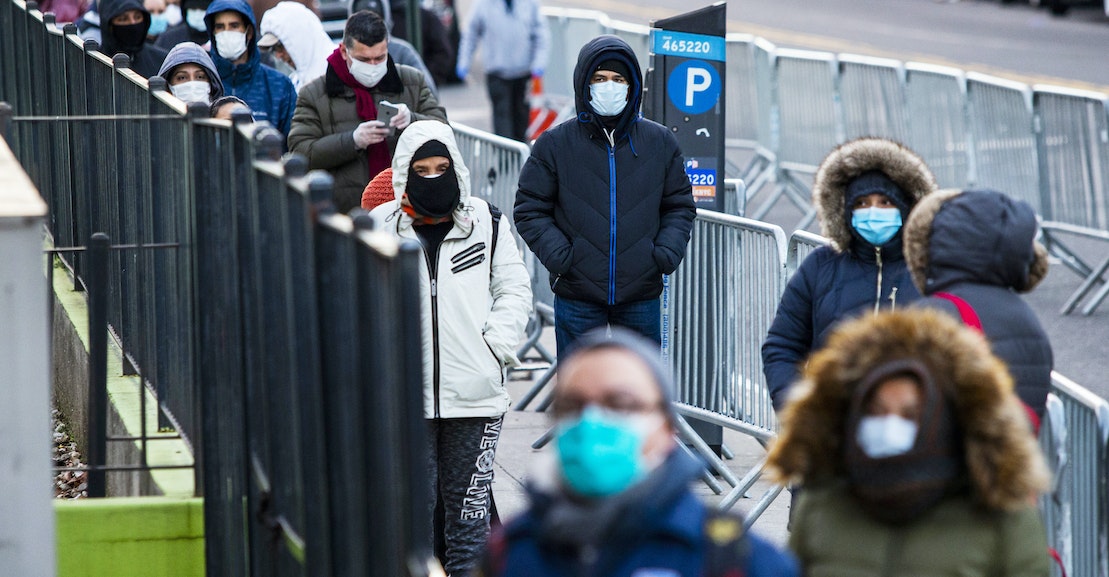 The coronavirus pandemic has placed America squarely in the middle of two major crises: A public health crisis, with millions poised to become severely sickened; and an economic crisis, as necessary measures to contain the virus’ spread have put a hard stop on all manner of economic activity. In short order, we will also face a health insurance crisis, as millions of laid-off workers lose their insurance. Those Democrats who have pitched public option plans backed by a pledge that “if you like your employer-sponsored insurance, you can keep it,” are about to find out exactly how stupid this promise was to make.

Even absent a global pandemic, this would never have been true: No one’s employer-provided health insurance is guaranteed. Employers can change insurance plans at any time, leaving those who receive their insurance benefits in that fashion subject to higher premiums, deductibles, or co-pays. It can also mean losing access to a favorite doctor if they’re not in the network of the new provider. If employees lose their jobs, they lose their insurance entirely (except for the option to pay their entire premium for temporary coverage under COBRA, which is usually unaffordably high).

Normally, these flaws in the employer-provided health insurance model are a problem that plays out in slow motion. The pandemic has changed everything. This is the dramatic reality facing millions of Americans now. Up to 32 percent of American workers could lose their jobs; some percentage of these workers will already be uninsured, but a large percentage of them will lose their insurance when they are laid off. It could be tens of millions of Americans, plus their partners and dependents.

There are several options for these people, none of them offering an easy and seamless transition into being covered, and none of them universally accessible. Many will apply for Medicaid; those whose assets or income disqualify them from public programs can seek insurance on the Affordable Care Act exchange. For both of these categories, their ability to access health insurance will depend on their income. But what if your income varies, because of seasonal or even weekly differences in hours? What if your income depends on Uber driving, Grubhub deliveries, or Etsy sales, varying greatly from week to week? What if you’re a freelance writer, who may book a magazine cover story in one month and a few $100 posts the next?

This is not just a hypothetical problem of CoronaWorld; it is a living reality for the nation’s poor.

This is not just a hypothetical problem of CoronaWorld; it is a living reality for the nation’s poor, a routine horror that will merely expand and intensify over the next few months. States like Texas kick children and their parents off Medicaid because monthly variations in income—even temporary ones—render them ineligible. Other times, the state just makes a mistake, too arbitrary and inscrutable for the average person to divine and correct.

ProPublica reported last week on the case of a South Carolina woman with coronavirus and chronic pain whose Medicaid was canceled by the state, “with little explanation other than it had made a mistake” in initially giving her coverage. She lives on less than $1,000 a month in Social Security income and food stamps. How is she supposed to purchase health insurance on her own? Who will pay if she goes to the emergency room unable to breathe? Who will answer for her death if she delays going to the emergency room until it is too late, because she knows the bills could throw her into financial ruin? Who will answer for the misery America forces upon her and countless others? If Medicaid or Medicare were simply available to all, regardless of income, there would be no bureaucrat tasked with striking off grandmothers who they deem to be slightly too wealthy to deserve health insurance.

For those with high enough incomes to require them to use the Affordable Care Act exchanges instead, they will be asked to estimate their annual income—no easy task under the best of circumstances, but far less so when you’re living through a pandemic with no clear end in sight. If they overestimate their income, say because they quickly get hired in another job or because their furlough is shorter than anticipated, they may have to pay back the subsidies they received on their health care in next year’s taxes. Heaven forbid anyone get their insurance too cheaply in this country. Again, this is not restricted to people making a good living: A single person making $36,000 a year in Erie County, NY would be eligible for around $215 in tax credits per month. If that person makes $45,000 in the end, that number goes down to $131 per month, or a difference of about $1000 over a year. (For people in that income bracket, the amount they’ll have to pay the government back is capped at $1300. Another wonderful and generous favor from our federal government.)

It will be even worse in some parts of the country. In states that haven’t expanded Medicaid, millions already don’t qualify for Medicaid based solely on having lost their income. At the same time, they don’t make enough to qualify for subsidies on the exchange. The technocratic brilliance of the exchange system was to provide Medicaid up to 138 percent of the federal poverty level, and provide upfront tax credits for those who made a penny more. This did not anticipate a Supreme Court ruling allowing states to refuse to expand Medicaid. And so, we have a 17.7 percent uninsured rate in Texas. As people are laid off, with no option to sign up for Medicaid based solely on low income in more than a dozen states, that number may spike. How high does it have to go before we say, “no more?”

It is immoral to determine whether someone should get health care based on their income.

It is immoral to determine whether someone should get health care based on their income. It would be less immoral were those income limits 10 times what they are—if the millionaires who haunt Democrats’ rhetoric when they warn against universal programs were the only ones at threat of losing their health care, instead of moms who took too many shifts at Kroger’s—but it would still be immoral. But even putting questions of morality aside, it is also very stupid to pretend that any of this “works.”

What’s getting exposed by this pandemic is that this is a bad way to provide health care to anyone, and it’s not at all a way to provide health care to everyone. Yet the assumption that this system we have—a patchwork of programs to cover various people deemed needy enough for government help—is broadly a good way to do things underpins the health care plan of the man likely to be the Democratic nominee for president. In fact, he assumes the current system is so good that his plan actually keeps around 10 million Americans uninsured. After all, this is America, Jack, and if America has millions of uninsured people, that’s got to be basically good.

Those lucky enough in the coming months to stay healthy and keep their insurance still might not be immune to the effects this crisis has on the health care system. The health insurance giants Cigna and Humana promised to cover the out-of-pocket costs for their customers’ coronavirus treatments; others may follow suit. But there’s no guarantee that premiums won’t simply rise to account for insurers’ increased spending. Already, Covered California’s projections show that health insurance premiums could rise as much as 40 percent next year to account for the money they will have to spend on paying claims for coronavirus treatment. Insurers want Congress to set up a special reinsurance plan to fund their losses, which raises the question of why we bother with the insurance companies in the first place.

As hospitals struggle to care for the surge in patients, it’s an impolitic time to point out that the prices they charge insurers will, in many cases, bear no resemblance to reality; hospitals are allowed to make up basically whatever prices they like. An uninsured cancer patient who visited the ER three times before finally receiving a positive Covid-19 test result was billed $34,937.43. Estimates from the Kaiser Family Foundation put the cost of Covid-19 treatment under $10,000. She was uninsured because she was about to start a new job—a regular and absurd feature of American life, even in non-pandemic times. It is inconceivable that the same hospitals that regularly charge $60 for an ibuprofen will suddenly find their principles during this time.

And yet it is also likely that many hospitals will need a bailout; the stimulus bill provided $100 billion for the Department of Health and Human Services to hand out at their discretion, but Axios reported last week that rural hospitals feared the funds would be difficult to access as quickly as they’re needed. This is to be expected of a system that allocates money to hospitals based on market principles—principles like “consolidation is very profitable” and “however you can make money is cool with us, really”—rather than need.

Rural hospitals are often brought up by opponents of single-payer health care as likely victims of such a system; if reimbursement rates go down under single-payer, they cry, rural hospitals will go out of business overnight. But it is this very system of letting a hospital live or die based on its profitability that kills rural hospitals, which have struggled most in states that didn’t expand Medicaid, since it means more of their patients cannot pay for their care. (Some states are already experimenting with global budgets, or providing hospitals a fixed amount to spend, which would replace the fee-for-service model under single-payer.)

This week, Joe Biden repeated his argument that this crisis is not a reason to support single-payer, saying single-payer “will not solve that at all.” It’s surely true that single-payer alone does not prevent a pandemic. But Biden, as the all-but-certain Democratic nominee, should acknowledge that he bears some responsibility for the current state of affairs—in which it’s a onerous problem to simply obtain health care coverage, let alone the care itself—as well as the nightmare that millions of Americans are about to endure. His plan, to make tweaks and modifications at the margins of the current system, is neither serious nor sufficient, and the bare truth of this is getting revealed in starker terms with each passing day. The economic crisis unfolding before our eyes is as compelling an argument for genuinely universal health care, free at the point of access and equitable across all class, race, gender, and geographical lines, as the pandemic itself is.