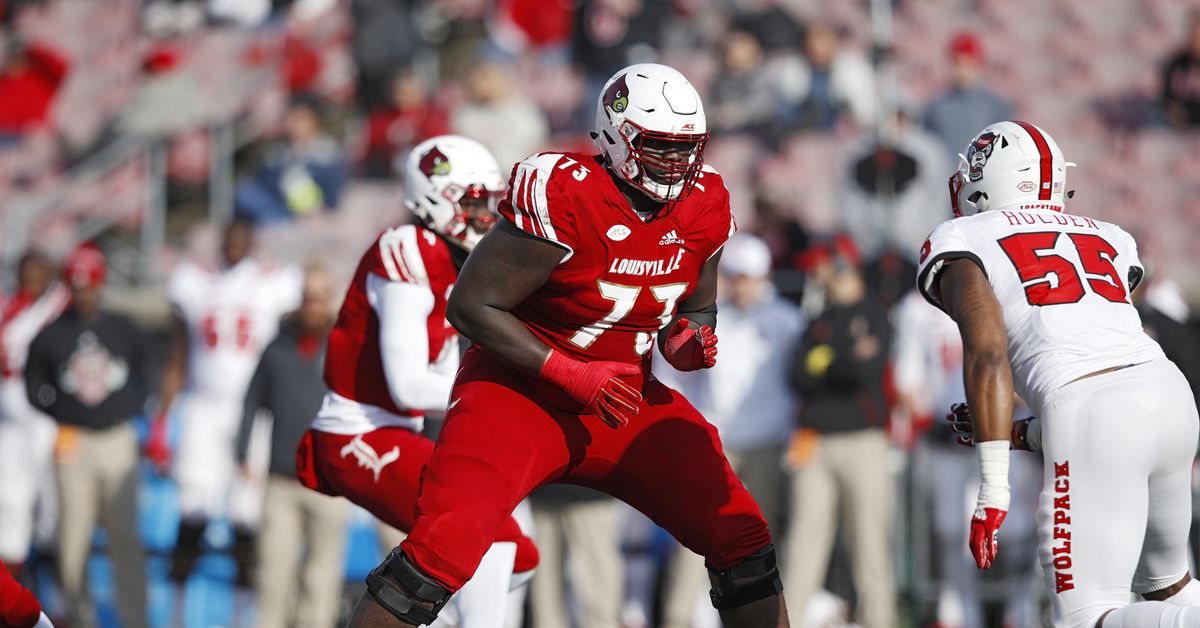 With the 2020 NFL Draft less than a month away, ESPN’s Todd McShay took a shot at projecting the first two rounds.

While some choices made perfect sense, McShay also had a few picks that were head scratchers. Here are three of the best picks and three of the worst in his latest mock draft:

The 3 best picks in McShay’s mock

Like just about every other mock draft, McShay made obvious projections at the top of the draft. Joe Burrow to the Bengals and Chase Young to Washington are the easy picks. But there were three other selections in McShay’s latest mock draft that would also be big wins:

Pledging $50 million to Tom Brady over the next two years didn’t leave much room for patience. The Buccaneers have a small Super Bowl window and they may need to make big moves to take advantage of the opportunity. Trading up to secure one of the elite offensive tackles in the first round is one possible option.

In McShay’s mock there’s no need for that. With quarterbacks flying off the board early, the first offensive lineman selected was Iowa’s Tristan Wirfs at No. 8 overall to the Cardinals. Two picks later, the Browns took Alabama’s Jedrick Wills. Other offensive line-needy teams like the Giants and Jets passed on addressing the position.

In Dan Kadar’s latest mock draft, Tampa Bay had to settle for a defensive tackle with four offensive linemen already gone in the first 11 picks. But McShay has Becton sliding to the Buccaneers’ 14th pick. That gives the team a player it can immediately slot in at right tackle to shore up both pass protection and run blocking in 2020.

This selection is the perfect meeting of value and need. Chaisson is one of the top edge rushers in the class, and it’s a bit puzzling why McShay has several needy teams pass on a player he personally deems “the second-best edge rusher in the draft class behind Young.” The Falcons, Cowboys, and Dolphins all seem like particularly logical landing spots for Chaisson.

But those teams all passed on Chaisson in this mock, presenting Seattle with a gift near the end of the first round. With the 27th pick, the Seahawks get their replacement for Jadeveon Clowney, who is still a free agent. Even if Clowney does re-sign with the Seahawks, Chaisson can help a pass rush that was 31st in sacks in 2019.

Chaisson’s not the run defender Clowney is and his injury history is a red flag, but he has the skills to be a huge boost to the Seahawks’ sack total for years to come.

Releasing Todd Gurley was a relatively surprising, but rational move for the Rams. After back-to-back All-Pro seasons, Gurley took a significant step backward in 2019 and averaged just 3.8 yards per rushing attempt. He was released by the Rams to clear nearly $9.5 million in cap space.

While the team has other options on the roster in Malcolm Brown, Darrell Henderson, and John Kelly, it’s Gurley’s contributions in the passing game that will be toughest to replace. Edwards-Helaire caught 55 passes in his final season at LSU and is the top pass-catching back in the draft class.

The Rams have a ton of needs and no picks in the top 50, so taking a running back with their first pick would be risky. But grabbing a player as instantly helpful as Edwards-Helaire is a worthwhile roll of the dice.

The 3 worst picks in McShay’s mock

Bad picks are part of the NFL Draft too. There are plenty of teams that reach for players and make mistakes. However, McShay’s weirdest picks were three that seem to have a low chance of actually coming to fruition.

Herbert is available to the Jaguars only because McShay makes the bold projection the Chargers will instead pick Utah State’s Jordan Love with their sixth overall selection. That’s an eyebrow-raiser, but McShay has insisted Love will go earlier than Herbert — even going so far as to wager $5,000 on it.

Love going that early is a leap, but the pairing of Herbert and Jacksonville is even more illogical. The Jaguars have spent most of the 2020 offseason tearing down their roster and preparing for — what looks like it’ll be — a tanking season ahead. While it’s unclear if Gardner Minshew is the team’s future at quarterback, the Jaguars have a chance to get a clearer answer to that question as they rebuild on defense.

Drafting Herbert would mean giving up on Minshew before ever finding out what he can become. It’d also keep the Jaguars from picking the kind of foundational defensive building blocks they so desperately need. Quarterback may very well be a need for Jacksonville soon, but taking the fourth one off the board in 2020 isn’t the right move.

Queen is a speedy and explosive player who will probably make a team very happy. Sending him to Philadelphia is an odd choice, though.

Throughout the Howie Roseman era, linebacker has been a position the Eagles haven’t made much of a priority. For that matter, the team hasn’t picked a linebacker in the first round in over four decades. It seems to be a low-value position in Jim Schwartz’s scheme, with defensive lineman and defensive backs deemed more important investments.

But what makes the pick especially questionable is it’s followed with Utah cornerback Jaylon Johnson in the second round. Twice in the mock draft, McShay says the Eagles need receiver help, but he chooses to address the defense instead.

With a third-round pick traded away to acquire cornerback Darius Slay from the Lions, the Eagles only have two picks in the top 100. Picking two defensive players would keep the Philadelphia offense in neutral.

After years of cryptic tweets and sporadic drama from Stefon Diggs, the Vikings traded their star receiver to the Buffalo Bills for a first-round pick. So is Minnesota really going to use one of its two first-rounders to pick his brother? Probably not.

So would the #Vikings consider drafting Stefon Diggs’ brother, Alabama cornerback Trevon Diggs? Let’s have NFL Network draft analyst Charles Davis tackle that one. “More than likely, he’s not under consideration for Minnesota,’’ Davis told me.

The fit makes some sense. The Vikings need cornerback help after parting with Xavier Rhodes, Trae Waynes, and Mackensie Alexander. A talented defensive back like Diggs would fill a void in the Minnesota secondary, but so would the addition of Clemson’s A.J. Terrell or LSU’s Kristian Fulton.

In Kadar’s mock draft, he has the Vikings taking Fulton. That’s a more reasonable prediction, because expecting the Vikings to pick Stefon Diggs’ little brother is a stretch.