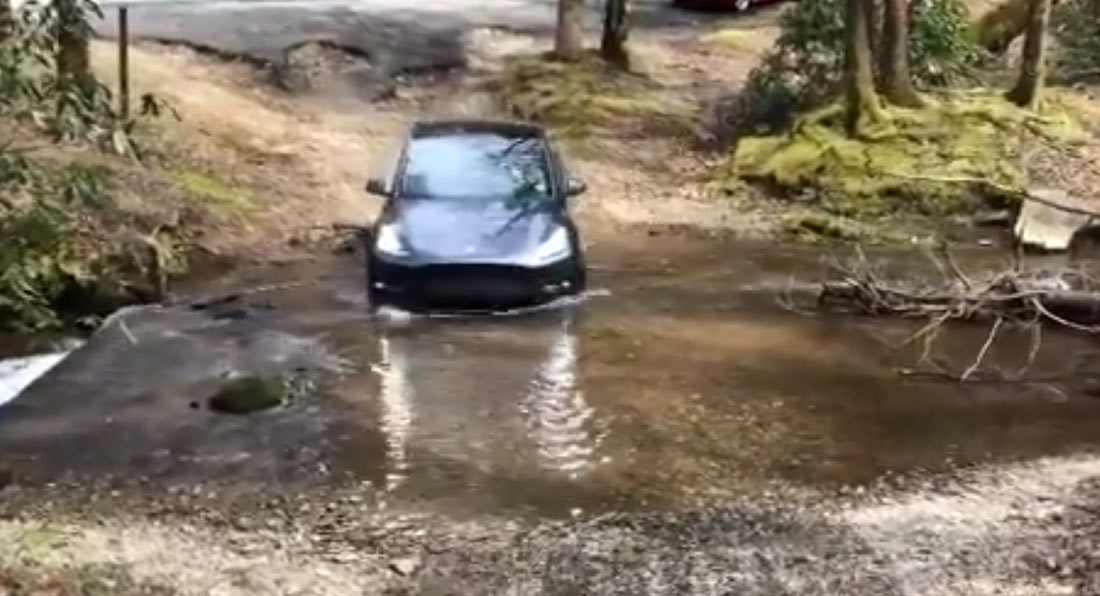 Elon Musk expects the Tesla Model Y to outsell the Model 3, Model S, and Model X combined and while the vast majority of buyers will never venture beyond smooth tarmac roads, this video shows the new electric SUV can do a little bit of soft off-roading.

Twitter user and Tesla Model Y owner Mike McGinnis recently shared footage of his newly-delivered Model Y crossing a small stream in the U.S. It’s not a particularly amazing video, especially since we’ve seen videos of Tesla vehicles wading through much deeper waters than this in the past.

Fittingly, a number of people left comments on the Twitter video that aptly say what we’re looking at isn’t all that impressive, as noted by Car and Driver.

One such comment, filled with sarcasm, reads “Wow, that’s amazing! Dakar rally next? I am sure the engineers at Landrover are sh!ttin’ their pants right now.” Another Twitter user left a comment reading “I’m sure a Model 3 would’ve driven through that just fine” while another said “My four year old daughter has driven through worse terrain in her 6v BMW i8,” attaching a photo of a ride-on i8 kids car.

When watching the video closely, you’ll notice that the water only seems to be about two or three-inches deep and we’re sure any car on the market could make its way through such a stream with little fuss (including supercars).

Nevertheless, it’s good to see that owners of the Tesla Model Y aren’t afraid to put their new vehicles to the test. We’re not sure we’d be so brave if we’d just taken delivery of one.

My four year old daughter has driven through worse terrain in her 6v BMW i8 pic.twitter.com/ysLNht2zeX