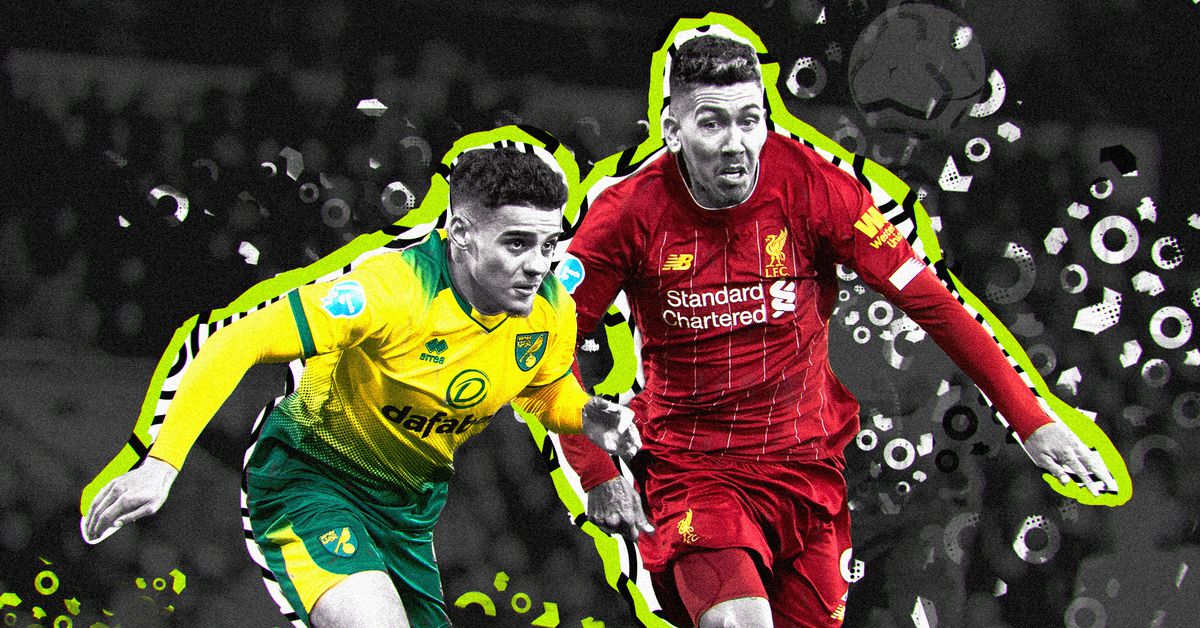 Hello, and welcome to another edition of Tactically Naive, SB Nation’s weekly soccer column. Coming to you live from self-isolation in south London. Send donuts. Please, somebody, send us some donuts.

Doing similar things, but with significantly more relevance, are the various big brains of the Premier League. And according to The Independent, one idea “gaining traction” in recent days is a “TV mega-event,” in which clubs will:

play televised games in isolated “World Cup-style” camps in the midlands and London over June and July, in order to try and finish the 2019/20 season amid the coronavirus pandemic. […] The Independent has been told that plans have been drawn up to televise all remaining 92 matches, with a handful on every day over the summer months.

The obvious advantage of this plan is that it completes the season. Games get played, broadcasting contracts get fulfilled, and nobody has to sue anybody because they did or didn’t get into the Champions League. The season can be stamped with a big red FIN, and things can move on.

And it sounds kind of exciting, right? It’s a powerful pitch, on the face of it. “You remember those World Cup group stages you like so much, when the sun shines and you get to watch three games of football a day without anybody being allowed to complain? Well, what about that but it’s the Premier League? Pretty tasty, right?”

Mull it over for a bit longer, however, and it starts to sound a bit peculiar. Ninety-two games in a month or so is a lot of football — almost another half World Cup tacked onto a full one. And the World Cup has 32 teams to go around, many of them interesting and relatively unfamiliar even in these over-saturated times. That can’t really be said for Norwich City.

Will the power of the Premier League, and the wave of relief at the thing actually getting done, be able to overcome the fundamental weirdness of it all? All these games, one after another, behind closed doors. Players totally isolated from the world; fans totally isolated from each other. (Assuming we’re not allowed back to the pubs by then.) There’s even a suggestion in there to use training ground pitches, which would truly drive home just how odd this has all become. Imagine your team being relegated by a goal scored on a training pitch. Utter misery, framed by a couple of bags of balls.

Might this plan in fact be weirder, in the end, than just stopping the season altogether? That, at least, would preserve the relationship between the football season and the shape of the year. We tried to do 2019-20, and we failed. Hopefully 2020-21 goes better, if it goes at all. It might be unsatisfying, and even deeply upsetting to some parties, but it isn’t strange.

But that would leave a lot of open questions, and while open sporting questions can be handled, open legal questions get very expensive indeed. Which is why a lot of very well paid people in very nice suits are asking each other questions like, “What’s the earliest point, morally speaking, that it becomes OK to take divert the medical resources required for a national football tournament away from an ongoing global pandemic, in order to fulfill a broadcasting contract?”

Everything hinges, of course, on what the disease does and, perhaps more importantly, if the UK gets a handle on what it expects the disease to do. But if we assume an end date of July 31, to coincide with the end of footballing contracts, and allow a month for the games, plus a week or two for “pre-season,” then you’d expect this to be moving by mid-June at the latest. Which would mean it would need to be agreed significantly earlier.

The logistics are considerable. Training facilities and housing for 20 squads, management teams, and support staffs, plus referees, plus operations staff for the stadiums, plus television crews, all in total isolation from the rest of the country, which will require security. Presumably they’ll need coronavirus testing capacity on tap, or else the whole thing will grind to a halt if anybody gets a cough. And they’ll be arranging this all over Zoom.

Well. Best of luck to all involved. At the very least, it would make for one hell of an ending to Amazon’s Spurs documentary.

Looking back at the games that, when taken together, make up football as Tactically Naive wants it to be.

Barely needs any explanation, this one. More happens in this two-minute clip than gets crammed into most wars.

Sometimes I wonder if I’m past caring about football now, cos of all this craziness, but I just watched this – injury time in the Watford v Leicester play-off semi final 2nd leg – and realised I need this shit back in my life asap. About as good as it gets, this pic.twitter.com/ZYl5nlJc6D

The emotional rollercoaster isn’t unique to football, of course, and as much as we’re a soccer column, the biggest highs and lows will come from whatever it is you care about the most. But football’s goals are rare and so intensifying, and here, where we go from a penalty at one end to a winner at the other, is perhaps the most intense, distilled, overproofed rollercoaster of recent years.

Indeed, it’s two roller coasters, one for each side, curled tightly around one another like a double helix. Imagine being Troy Deeney, seeing that miss, then scoring. Imagine being Anthony Knockaert, missing, then seeing that being scored. Each and every person invested in this game touched the very limits of their emotions, in all directions, within a handful of seconds.