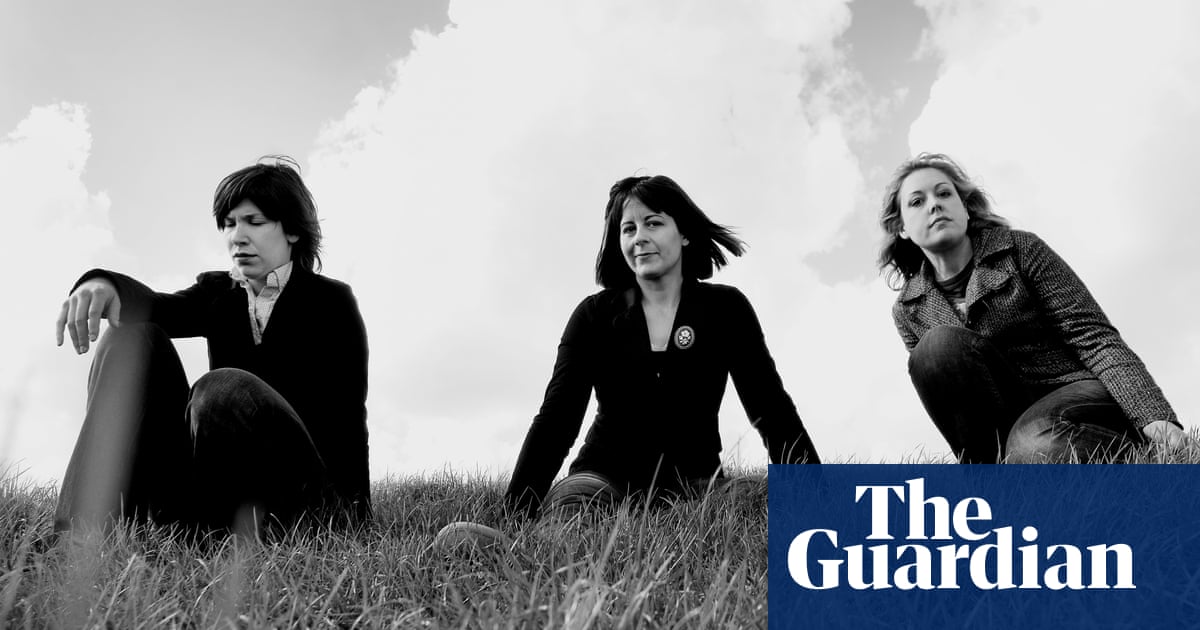 The album to start with

As any band that comes out of a DIY scene knows, no matter how pure your intentions, you’re never far from being accused of selling out. For post-riot-grrrl rock beast Sleater-Kinney, that noise reached its peak with their fourth album, 1999’s The Hot Rock – their saddest, strangest record, and absolutely nobody’s idea of a commercial grab – likely because their reputation had built to the point that it became their first album to break the US Top 200.

While its follow-up was not about to do battle with Britney and Christina for chart supremacy, All Hands on the Bad One is the Pacific Northwest trio’s most accessible record – poppy, surfy and possessed of utterly alluring girl-gang cool – and one where they use the idea of accessibility to subversive and provocative ends. They question their male peers (The Ballad of a Ladyman; Male Model), gatekeeping critics (The Professional) and culture at large about who gets to belong, and who sets those terms: in #1 Must Have, Corin Tucker appears to wail from amid thrashing waves about how girl power appropriated the feminist movement that forged her in Olympia, and laments the return of machismo to rock following Woodstock 99, where several women were gang-raped.

Tucker and Carrie Brownstein share songwriting and vocal duties on every Sleater-Kinney record, but on AHOTBO, the spotlight thoroughly belongs to Tucker, showcasing her forlorn gospel vibrato (the remarkably prescient Was It a Lie?, about how real-life violence got turned into entertainment), cheeky pop agility (You’re No Rock’n’Roll Fun) and acid mockery (Youth Decay). This vigorous, hilarious, provocative record is not only their best, but an all-time rock great.

The three to check out next

It’s hard not to think that the arrival of Janet Weiss, the band’s drummer of 22 years, had something to do with Sleater-Kinney’s third album being their first great one. The beat throughout most of Dig Me Out is relentless, a kind of monomaniacally focused tunnelling that practically causes you to vibrate while listening. Weiss provides the skeleton for Tucker and Brownstein’s songwriting to become indelible, drawing on the pop rigour they dabbled in with I Wanna Be Your Joey Ramone from the previous year’s Call the Doctor to write a fairly ridiculous amount of iconic songs. Little Babies and Words and Guitar tap into a similar power-pop vein (while smartly addressing the roles culturally pre- and proscribed for women), while lone ballad One More Hour documents the end of Tucker and Brownstein’s brief romantic relationship, an indie heartbreak anthem as devastating as Yeah Yeah Yeahs’ Maps.

I Wanna Be Your Joey Ramone, Words and Guitar, You’re No Rock’n’Roll Fun: Sleater-Kinney had been writing about their existence as rock stars outside of the traditional rock canon since practically day one. On The Woods, their first album for Sub Pop, they storm the barricades, employing Dave Fridmann to produce this steaming, swaggering hard-rock opus indebted to Hendrix and Zeppelin. On Entertain, Brownstein (for this time it’s her record) spits venom at a new wave of boys in bands content to dabble in post-punk cosplay: “Where’s the ‘fuck you’? Where’s the black and blue?” she screams. (Later in the song, Tucker’s “WUH UH OH!” rings out like the blinding flash that follows a nuclear explosion.) Sleater-Kinney’s homage is different: subverted not only by the fact that they’re women staging a sit-in of the canon, but by the incandescent fury of their songwriting, whether on The Fox – an allegory for Bush-era warmongering – or Modern Girl, Brownstein’s sweet-sour assessment of how society warps and mollifies female desire.

The unwitting centre of a storm, The Center Won’t Hold was made by a trio but released by a duo after Weiss quit during the album’s promotional cycle, citing divergent directions. The presence of St Vincent as producer, plus the encroachment of synthesisers and industrial textures into the band’s sound, stirred up another ridiculous debate about the authenticity of Tucker and Brownstein’s intentions for their ninth album. As the debacle recedes into the past, this epic, expansive record can stand on its own: Tucker’s songs, written in the midst of a depression following the loss of her day job and the state of the world, are her most desperate and forlorn since Sympathy, the coda to 2002’s One Beat about her premature son’s fight for survival; while Brownstein sounds savage, riled up (Hurry on Home) and broken (The Dog/The Body) by betrayals both personal and political.

One for the heads

Sleater-Kinney: ‘Music has always been the playground of men’s sexuality’

Supremely underrated, The Hot Rock contains a few anguished punk ragers (Start Together, The End of You, Banned From the End of the World) but it’s the only Sleater-Kinney album primarily made up of softer, sadder songs. To enhance this hitherto underexplored side, they hired Roger Moutenot, best known for his work with Yo La Tengo, though the results were rarely straightforwardly comforting: Brownstein’s beautiful The Size of Our Love, featuring rare string augmentation, is as close as they get to plain-hearted yearning. The overlapping vocal layers in the title track, and the way the existential Get Up fizzes like the last millimetres of a dynamite wick, constantly threatening to blow, foreground the disquiet at its heart.

Hunger Makes Me a Modern Girl, by Carrie Brownstein
Sleater-Kinney are known for being a band that writes about itself (after all, who else was going to mythologise them back in the sexist 90s?) so it’s unsurprising that Brownstein’s 2015 memoir offers peerless insight into the band’s work, as well as her own life – detailing her estranged mother’s eating disorder, her and Tucker’s short-lived relationship, how the stage gave her somewhere to belong and how her mental health issues ended the band’s first incarnation. One of the great music memoirs.

Sleater-Kinney raises the stakes in punk rock, by Greil Marcus
In the 90s and at the turn of the millennium – when nu metal reigned and girls were gang-raped at Woodstock 1999 – Sleater-Kinney were often marginalised owing to their links to the riot grrrl scene (which they actually came after) and (male) critics’ inability to see three women as a viable rock force. The great critic Greil Marcus fell into neither trap: his 2000 New York Times profile, set at a benefit for an anarchist collective, understands how their radical potential and rock prowess feed one another: “The band has grown not out of ferocity but into it.”

Sleater-Kinney: Start Together album review, by Jenn Pelly
Born anti-nostalgists, Sleater-Kinney only acknowledged their legacy when they had something to add to it, including a surprise new 7in single that heralded their comeback inside this catalogue-encompassing box set from 2014. Pitchfork’s Jenn Pelly wrote the definitive review, understanding the band’s ethos and allure better than anyone: “Sleater-Kinney stole from men what men had in turn stolen from the margins: electrified blues that all still made girls scream.”

• What are your Sleater-Kinney favourites? Share them in the comments below.