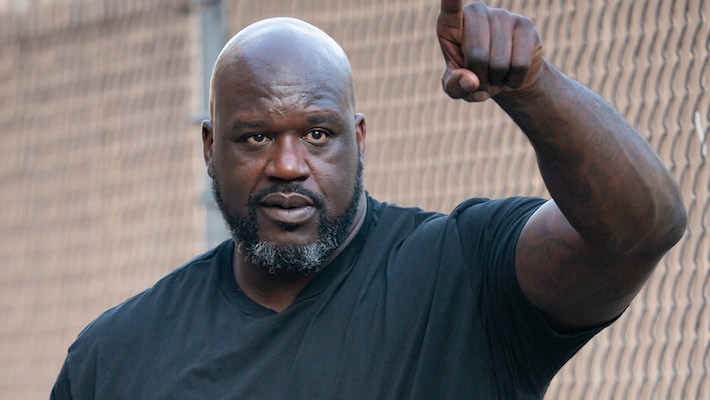 The release of Netflix’s Tiger King documentary coinciding with everyone around the country beginning to practice social distancing amid the COVID-19 outbreak has made it a phenomenon here in the United States. The documentary, which details the insane goings on at Joe Exotic’s ranch in Oklahoma and how he ended up getting sentenced to 22 years in prison for a murder-for-hire plot (along with illegally selling tiger cubs) has captivated seemingly everyone.

There are movie stars posturing for the hopeful role of Joe Exotic in a feature film adaptation, not to mention a bit of a controversy over some music videos that feature Exotic lip-syncing over tracks recorded by someone else. There are also some celebrity cameos in the documentary as the likes of Shaquille O’Neal and The Undertaker pop up as having visited the ranch. Given everything that happens with Exotic and him being eventually sent to prison, Shaq decided to clarify how he ended up visiting the tigers on the ranch and why, once he learned what was happening there, he stopped going on The Big Podcast with Shaq.

“So we go in there, and it’s a beautiful place, and the character that was there was Exotic Joe,” Shaq said. “We’re there and I dropped some donations for the tigers’ foods and all that. We take pictures with tigers. We went back a couple times. Then we go back another time and we found out that he’s involved with all the stuff, and then, actually, I stopped going.

“I love tigers. I love white tigers,” O’Neal said. “I met this guy–not my friend. Don’t know him. Never had any business dealings with him, and I had no idea any of that stuff was going on.”

Shaq, who went to school at LSU, said he loved tigers and that’s what led him to making visits, but was quick to note that he has no business dealings with him and stopped going to the ranch once he learned of some of the things “Exotic Joe” was involved in — it makes this all more ridiculous and funny with Shaq calling him Exotic Joe.

Shaq having to clarify that he was not actually friends with a guy that runs a tiger ranch and was involved in a murder for hire plot would normally be an incredible story, but is pretty much par for the course in 2020.