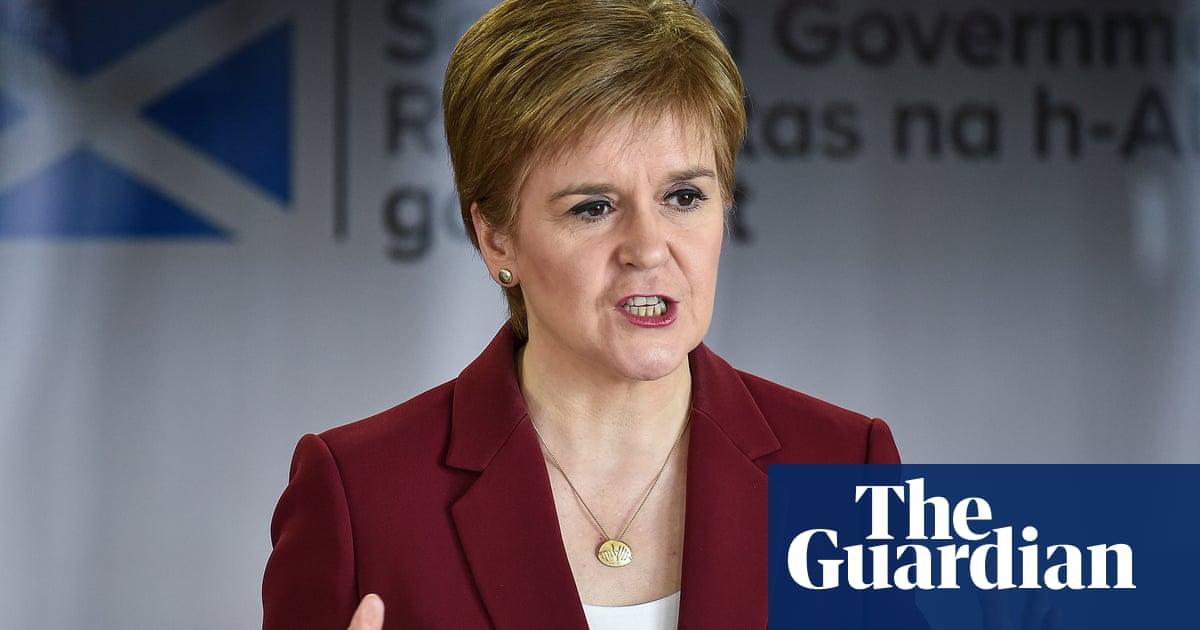 Lawyers have attacked plans to suspend jury trials for up to 18 months in Scotland to cope with the coronavirus crisis as a “knee-jerk reaction instigated by panic”.

The Scottish government is pushing through a swathe of emergency powers to help the criminal justice system and public adapt to the pandemic in a bill expected to be approved by Holyrood on Wednesday in a single day.

The bill would prevent landlords from evicting tenants for non-payment of rent; empower Holyrood to allow the release of prison inmates nearing the end of their sentences, and allow children with mental illnesses to be detained for up to four days without a sheriff’s approval, instead of three days at present.

The Scottish Criminal Bar Association, which represents courtroom lawyers, said it was furious that ministers wanted to temporarily suspend jury trials and to dilute rules on evidence and witness statements, to ensure cases could go ahead.

Judges will be allowed to take pre-recorded witness statements which cannot be challenged under cross-examination, and time limits requiring cases to come to court within 140 or 110 days would be waived.

Unlike with so-called Diplock courts in Northern Ireland, where a single judge sits without a jury in terror trials, there is no automatic right of appeal allowed under the new bill.

“What is proposed includes attacks on principles that have been built over more than 600 years and are the very cornerstone of not just Scotland’s criminal justice system, but those of almost every advanced liberal democracy in the developed world,” the association said.

“[These] measures are premature, disproportionate and ill advised. They are at best a kneejerk reaction to an as yet unquantified problem instigated by panic, and at worst something far more sinister.”

Nicola Sturgeon, the first minister, said the jury trial measures were necessary to ensure that serious criminal trials did not halt entirely, with significant disruption and uncertainty for the accused and victims.

The government said the European convention on human rights obliges states to maintain an effective justice system, and it believed the proposals were lawful and justified. Social distancing regulations meant it was impossible for juries, which are 15-strong in Scotland, to sit together, while illnesses and self-isolation would impact on witness availability and safety.

“We are not deaf or blind to the concerns around these powers,” Sturgeon said. “We would never have wanted to be in a position to pass legislation like this. We wouldn’t be doing it unless we thought it was necessary for the protection of the population.”

Russell said the powers would be strictly time-limited, and could only last for a maximum of 18 months with Holyrood’s approval, and were also subject to two monthly reports to the Scottish parliament. “We want to keep people safe,” he said.

In a lengthy statement, Carloway, the lord justice general, said courts faced a “monumental” backlog in cases, so the powers to try cases without juries and with looser rules on witnesses were necessary. Otherwise, up to 1,000 trials could be delayed.

“Unless action is taken to mitigate the impact of this, there will be substantial delays in bringing accused persons to trial. These are likely to stretch into years rather than months,” he said.

“This will have many adverse impacts, including uncertainty for the accused, complainers and witnesses. Such delays will have a highly disruptive effect on their lives, and potentially on the wider system.”