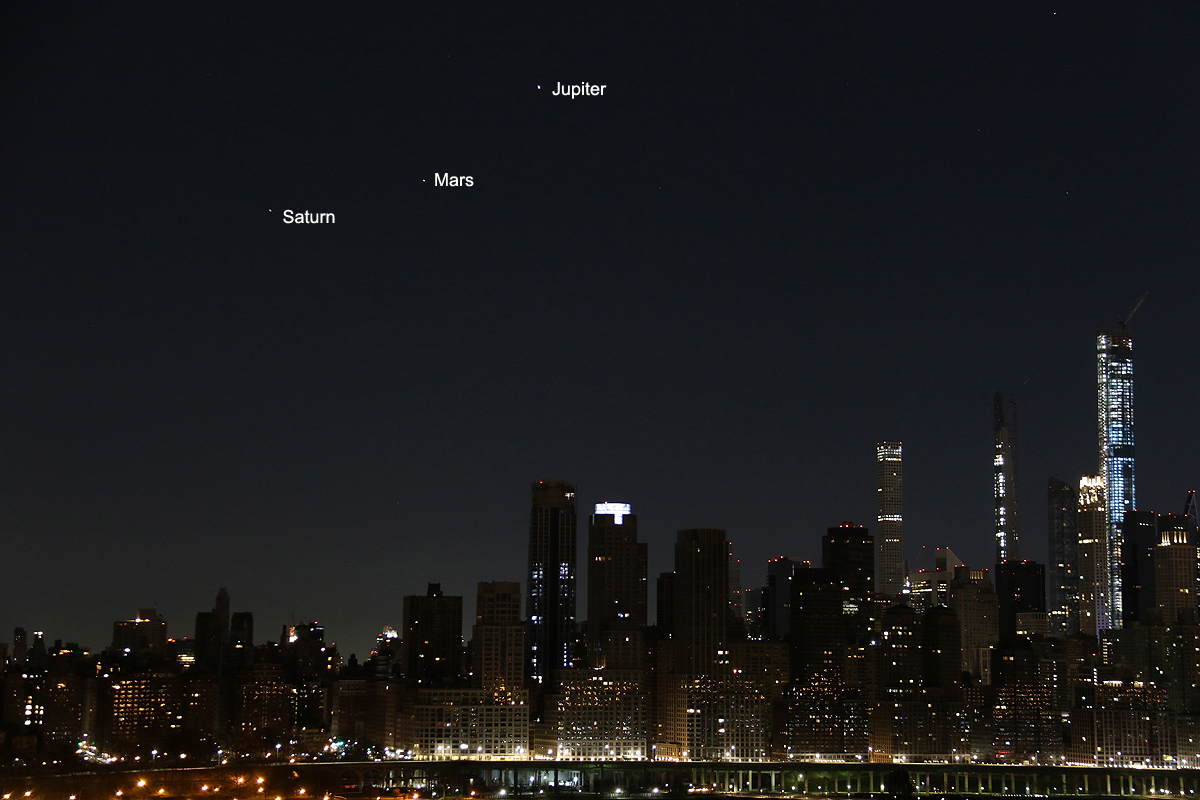 Three bright planets line up across the predawn sky above the New York City skyline in these gorgeous views by local photographer Alexander Krivenyshev.

Krivenyshev captured these photos of Saturn, Mars and Jupiter as they rose over Manhattan early Thursday morning (March 26), as seen from the town of West New York, New Jersey — just across the Hudson River from New York City’s Central Park.

“No one less than 20 years old has ever seen these 3 planets appear so close to one another,” Krivenyshev told Space.com in an email. When these photos were taken, Saturn was about 3.5 degrees to the left of Mars, and Jupiter was about 3.4 degrees to the right of the Red Planet. (For reference, your fist held at arm’s length measures about 10 degrees across.)

Related: See the 2020 Super Worm Moon over NYC and Washington, D.C. in these awesome photos

Though it is often referred to as “the city that never sleeps,” New York City has been unusually still ever since Gov. Andrew Cuomo ordered all non-essential workers to stay at home to help fight the spread of the novel coronavirus.

While the city that never sleeps is taking a metaphorical nap for the time being, there’s still plenty going on in the night sky to offer quarantined stargazers something to look at.

For example, Saturn and Mars will be in conjunction on Tuesday (March 31), which means the planets will share the same celestial longitude and make a close approach. The two will be less than one degree apart in the predawn sky, according to In-Tke-Sky.org. Look for the pair above the southeast horizon before sunrise.