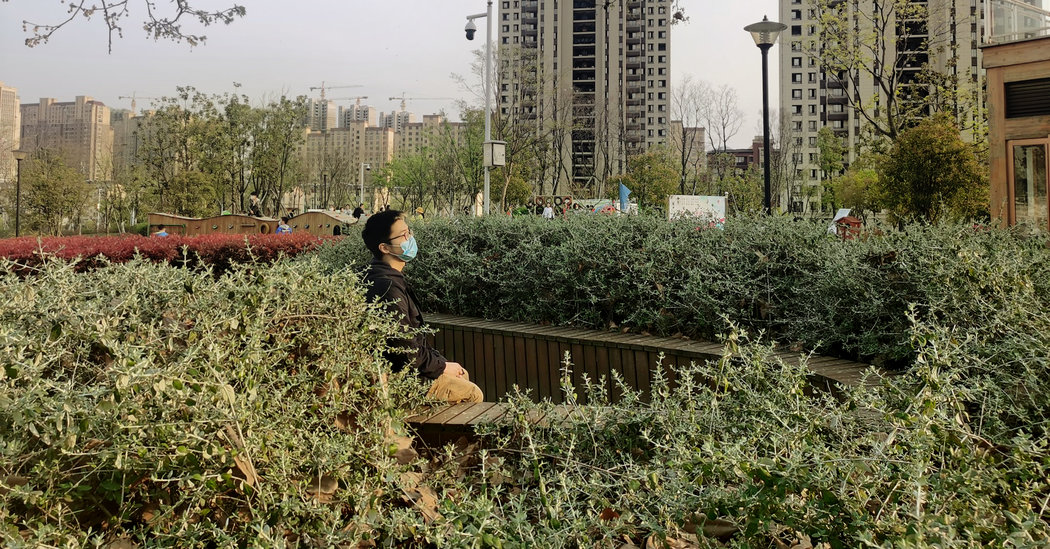 HONG KONG — Under normal circumstances, Patrick Wu, a college student from Anhui Province in China’s east, knows better than to talk to his parents about politics.

Mr. Wu, a senior at a university in Beijing, is a self-described skeptic of the Chinese government. His parents are local government officials.

But recent months have been anything but normal. The coronavirus outbreak, and its political implications, have been all that Mr. Wu, 21, thinks about. And for months, after traveling to their hometown in January for the Lunar New Year, he has been stuck there.

Which was how Mr. Wu, in recent weeks, found himself debating politics over the dinner table with the only two people he was allowed to see in person, committing perhaps the prime faux pas of prolonged isolation.

“You can spend 12 hours online talking to your friends every day,” Mr. Wu said. “But you are angry 24 hours every day. So sometimes, your anger just can’t be held back anymore.”

Familial political disagreements are nothing new, but they are especially fraught in China, where dissent can bring not just an uncomfortable meal but real consequences.

Mr. Wu’s experience reflects how deeply the outbreak has shaken Chinese society, reaching deep into households even far away from the virus’s epicenter, and raising doubts among even among typically steadfast government supporters.

During the height of the lockdown, Mr. Wu was permitted to go outside only once every two days. Trapped and frustrated at his parents’ home, he showed them screenshots of censored footage from hospitals in Wuhan, where the epidemic originated, and plied them with investigations from Chinese news outlets documenting the government crackdown on whistle-blowers.

His parents, in their late 40s, were skeptical. His father, Mr. Wu said, tries to stay away from political discussions. His mother was supportive of the ruling Communist Party.

Dinnertime discussions often devolved into shouting matches. But they had nowhere else to go.

Mr. Wu had not gone home intending to change anybody’s mind on anything. He and his parents are close, despite their ideological differences. He had always avoided bringing up delicate topics during his visits to Anhui, which were usually brief.

It was during a phone call in early January, before Mr. Wu had returned to Anhui that they first discussed the mysterious new sickness in central China.

But at their home in the following weeks, Mr. Wu saw more and more signs of distress from Wuhan on Weibo, a popular Chinese platform akin to Twitter. After the state news media played down the virus’s significance, he burrowed under China’s firewall to read foreign news reports.

His parents, like many older Chinese, do not use Weibo. They remained unperturbed.

Over time, though, recognition of the gravity of the epidemic became unavoidable.

“Things just got out of control. You could see people dying at home,” Mr. Wu said. “I just felt like more people should know about this, and I should open myself to more conversations about this — at least with my parents, who I can trust.”

His parents, from the start, resisted. “Their first reaction was shock and rejection: ‘How could this happen in Wuhan? It must be fake,’” Mr. Wu recalled.

After they were persuaded that the outbreak was genuine, they rejected that Chinese officials had at first covered it up and questioned how it could have exploded so quickly.

Were people who eat wild animals to blame, they asked after the virus was linked to a Wuhan market that sells wildlife. Or maybe the United States planted the virus, his parents said, considering an unfounded conspiracy theory peddled by a top Chinese government spokesman.

“I think the gap in information is too big, and sometimes I alone can’t fill it,” Mr. Wu said.

Slowly, though, he felt his mother relenting. The sheer number of online posts about the virus outpaced even the government’s army of censors. Rage and despair found their way into his parents’ social media feeds, and when a whistle-blower doctor, Li Wenliang, died of the coronavirus, prompting an online revolt against censorship, it was Mr. Wu’s mother who alerted him to the news.

Still, Mr. Wu is realistic about the changes in outlook he has wrought. His father resolutely avoids political discussions, he said. And in recent weeks, as the Chinese government has begun to bring the outbreak under control, his mother’s concerns about the government mishandling the crisis have receded, too.

Soon, Mr. Wu may finally be able to leave Anhui and get back to campus. (His hometown is no longer under lockdown, but restrictions on arrivals in Beijing remain strict.)

He remains hopeful, though, that his conversations with his mother will continue.

“It’s still hard to get her to totally change, but at least I got her to believe the government can do better,” he said.