Qarnot Computing has raised $6.5 million for its system that captures the heat from computers and repurposes it for residential and business climate systems.

Rather than build a centralized data center, which requires huge amounts of energy to cool, Qarnot has developed a distributed architecture that places its processing machines in people’s homes in units that look like a typical radiator. These computers are networked to provide high-power cloud computing for clients, while the heat they generate is used to warm a home or apartment.

“This fundraising will enable us to take another step forward and accelerate our growth around our range of products and services that are already recognised and in-demand,” said Paul Benoit, President of Qarnot Computing, in a statement.

Qarnot has been drawing praise and recognition for its innovative approach toward tackling the massive energy consumption being created as more services move online and the number of power-hungry data centers explodes.

The Paris-based company has been developing its residential cloud computers, QH•1, for several years. With microprocessors embedded in the back, the company sells the units to apartment buildings which place them in each unit. The machines are connected by fiber optic cables and Quarnot sells the service as a “green cluster” of cloud computing. Residents can control the release of heat much as they would any traditional climate system. In its home market, Qarnot says it now heats 1,000 housing units, including an entire building in Bordeaux.

More recently, the company has unveiled an industrial version that basically turns the cloud computing system into a water boiler. The QB•1 digital boiler captures the heat released by 24 servers and then uses it to heat water circulating in boiler pipes attached to the machines. These are targeted for large commercial buildings. 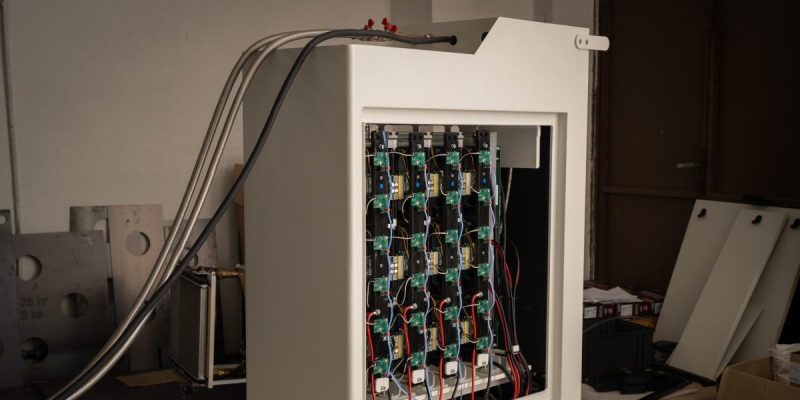 The digital boiler is now being used by Casino, one of France’s largest grocery store chains, to heat one of its warehouses.

On the cloud computing side, the company has now signed up several major French banks, including BNP Paribas, Société Générale, and Natixis. And it also landed a partnership with Illumination Mac Guff, the Paris-based animation studio owned by Universal Pictures which makes the “Despicable Me” movies.

The company said it will use the latest funding to continued research, product development, and sales expansion.