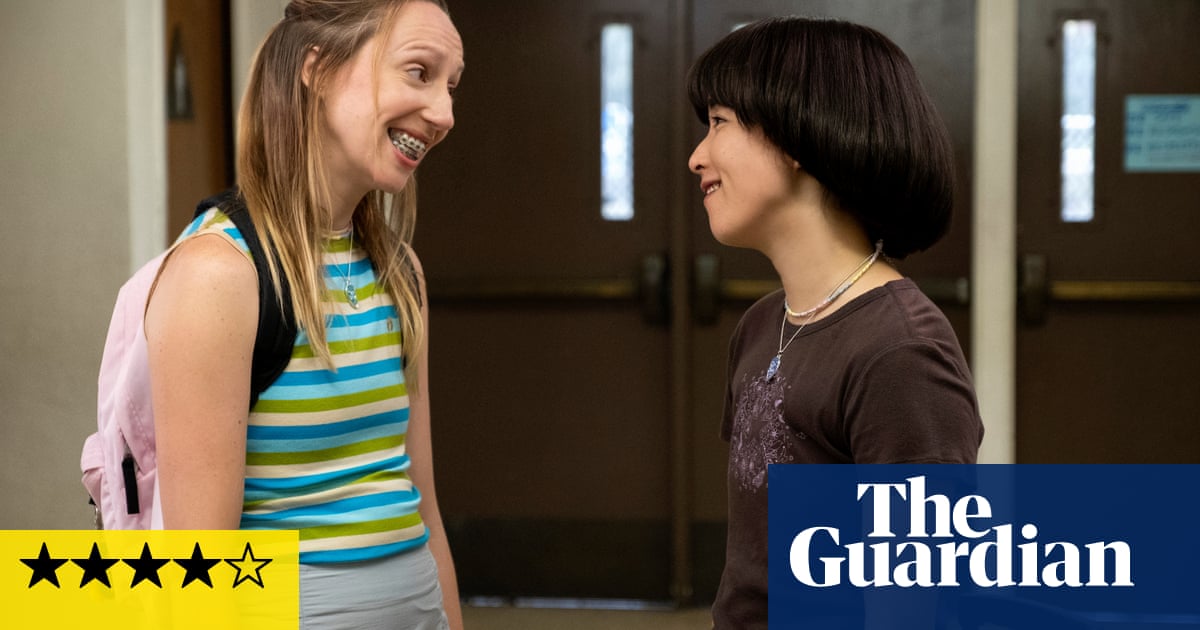 On paper PEN15 has a gimmick, which is that the two 31-year-old writers and creators of the 10-part comedy series – Maya Erskine and Anna Konkle – play their 13-year-old selves trying to navigate middle school, amid a cast of actual teenage actors. So rapidly, however, are they subsumed into their parts that (apart from Konkle being a head taller than everyone else) it becomes unnoticeable. It’s only when you lift your head for air after each half hour of agonising immersion in their immaculately and intimately detailed pubescent world that you remember how old they are, and the collapsing of chronology makes the show’s depiction of the malevolent first stirrings of adolescence even more exquisitely painful.

We are still the children we used to be and the product of the experiences we had then and the influences that gathered around us. I don’t know what it was like for the cool kids, but the rest of us will watch PEN15 (Sky Comedy) round-eyed with horror and laughing through considerable tears.

Most of the set-ups are traditional fare: Maya facing the first day of school with a terrible bowl haircut inflicted by her mother; Anna being tongue-tied during a trip to the school nurse with the boy she has a crush on; the pair being peer-pressured into drinking and getting high for the first time. But it is all done with a rare sensitivity and acuteness, and lets the effect of each unfortunate circumstance play out, instead of merely delivering the gag and moving on.

Most of the first episode is dedicated to the unfurling of a prank by the popular gang who delude Maya into thinking that the two coolest boys in school have a thing for her, before revealing that she has made the “Ugis” (ugliest girl in school) list. Bullying is the central – often tragic – theme; it’s probably the rawest depiction of the surpassing cruelty of a certain kind of child at a certain age to be seen.

But if the lows are unflinchingly captured, so too are the highs. The abundant love the friends have for each other is clear. They revel in it like puppies, and so do we. The passions that can be aroused by the sight of the back of a beloved’s neck are given their due. The ability to find excitement in any passing moment, the ready access to glee as well as sorrow and the inexhaustibility of the bubbling wells of adolescent optimism (and angst) are beautifully rendered. And the moment when the “developed” girl’s (merely budding) boobs take on in the eyes of Maya and Anna the distended proportions of a Russ Meyer star’s is a cartoonish moment of profound truth.

As with – the almost peerless – Booksmart and Derry Girls, PEN15 is remarkable for the seriousness (underneath the laughs) with which it treats juvenile and especially female juvenile relationships. It manages to do it for an even younger age group than those two glorious landmarks. The brief, intense arguments that swiftly evolve into equally intense apologies and reconciliations, the endless psychological bolstering of each other, the pacts, the loyalty, the parsing of bra strap signifiers – all of a specific half-decade of life is here. Mined for comic material, sure, but never mocked.

At the same time it offers a sobering look at what adolescence, particularly for girls, amounts to. It is in many ways an ongoing process of loss. The second episode, for example, opens with the girls having their usual fun playing immersively with their Sylvanian families. When the kids at school realise they “still play with dolls” the game becomes irretrievably tainted. Of course we all eventually have to put away childish things, but the scene reminds you of how often we are forced to do so before we are ready.

The occasional moment when Maya and Anna succeed in bringing the rest of their peer group over to “their” side rather than vice versa – as when during Show and Tell, Maya launches into a wholehearted impersonation of her favourite parts of Ace Ventura Pet Detective and manages to get the whole class laughing – is enough to have the viewer punching the air in triumph. Unless, of course, he or she finds herself too weakened with relief for that kind of demonstration. Your mileage may vary depending on how much repressed trauma it unleashes, but I suspect that for the majority of folk PEN15 is a fundamentally stressful show to watch. I couldn’t bingewatch it, but in half-hour, single-episode chunks it works as both comedy and, if you mentally prepare beforehand, catharsis.