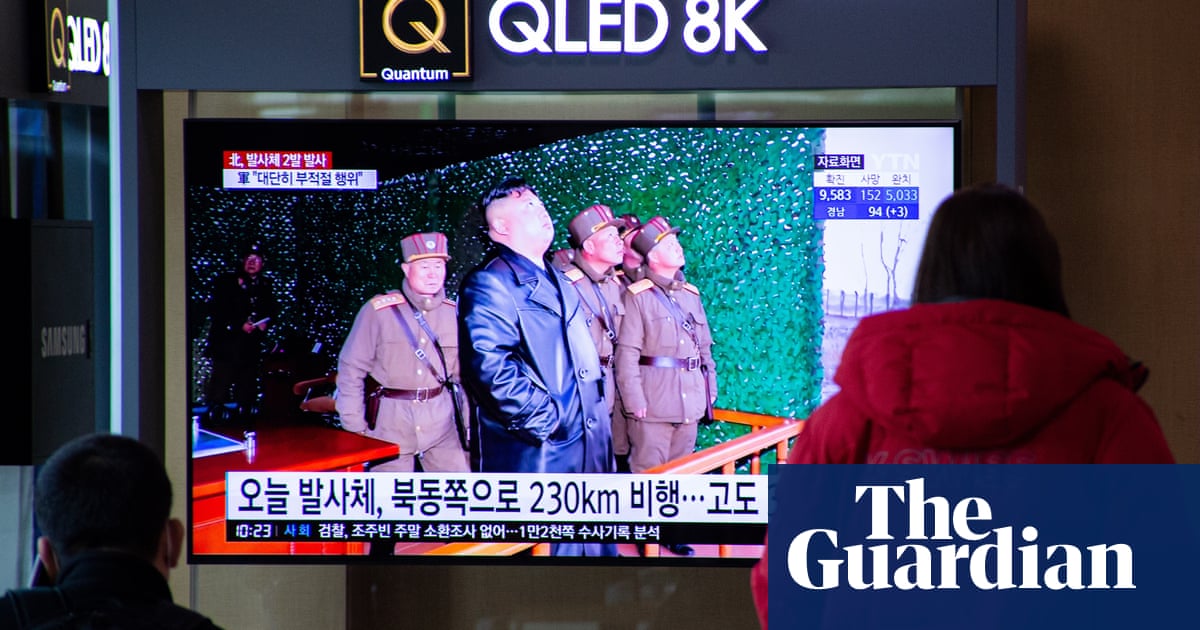 North Korea has warned it could cut off dialogue with the United States but Mike Pompeo has said the US still looked forward to talks, even after the North called his insistence on sanctions “ludicrous”.

The US secretary of state has asked nations to “stay committed to applying diplomatic and economic pressure” over the North’s nuclear and ballistic missile programmes while calling on it to return to talks.

Missile tests by Pyongyang have come during a long break in disarmament talks with the US and despite Washington offering help against the coronavirus pandemic.

“Listening to Pompeo’s ludicrous language made us give up on any hopes for dialogue,” an unnamed official said, according to the North’s Korean Central News Agency. “We will walk our way.”

Analysts say the North continues to develop weapons more than a year after a summit between Kim Jong-un and Donald Trump broke down in Vietnam. Negotiations have since been deadlocked.

North Korea is under multiple sets of sanctions from the United Nations, US and others over its banned weapons programmes.

Pompeo had “unleashed insult at a country with which his president was willing to forge a good relationship”, the official continued, referring to Trump’s letter sent to Kim expressing an intent to cooperate in anti-epidemic efforts. “It is puzzling who the real commander in chief is in the US.”

In a telephone briefing with South Korea’s Yonhap and other Asian news outlets, Pompeo said his position and that of Trump had always been “in lockstep”.

“We have been trying very diligently from the American side since to move forward with those negotiations and hope that we will get an opportunity to do that,” Pompeo said, referring back to the leaders’ 2018 summit in Singapore where the two men signed a vague statement on denuclearisation.

“President Trump has also been clear, until we get to that point, till we get to the point where we have made sufficient progress along the way, the sanctions – not American sanctions, but UN security council resolutions – will continue to be enforced and in place,” Pompeo said.

North Korea on Monday said it had successfully tested “super-large multiple rocket launchers” the day before. South Korea said two projectiles – presumed to be ballistic missiles – were fired on Sunday from the North Korean port city of Wonsan into the Sea of Japan, also known as the East Sea. With the world focused on the coronavirus pandemic, the regime has carried out four such firings this month.

North Korea has remained one of few countries in the world not to report any cases of coronavirus but there has been widespread speculation the virus has reached there.