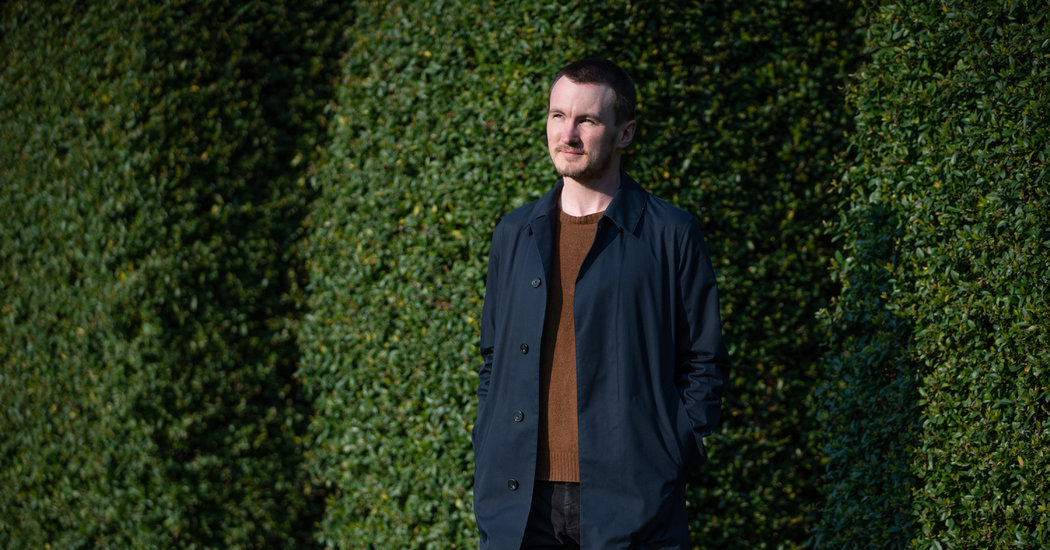 That tweet was just the latest quirky success from Adam Koszary, the Royal Academy’s social media editor, a man whose flippant, conversational approach to Twitter has gotten him so much attention over the past two years that one of Silicon Valley’s biggest companies briefly lured him away.

As museums worldwide go into prolonged lockdown, they are relying on their websites and social media accounts to connect with the public, and even to raise money. And in the fight for attention online, Mr. Koszary’s irreverent approach is being watched and copied.

Claire Lanier, social media manager for the Metropolitan Museum of Art, called Mr. Koszary “a legend, really.” She said that he had changed how museums speak online by “giving them permission to be jokey and colloquial and informal.”

In a telephone interview, Mr. Koszary laughed when asked if his approach should be imitated. “The worst thing you can tell someone is to be funny,” he said. “People should copy me to the extent that they should try and form proper human connections,” he said. “But that doesn’t mean everyone should be tweeting requests for ham.”

Mr. Koszary probably never expected to be a social media guru. He studied ancient history at college and briefly tried teaching. In 2013, he accepted an administrative and curatorial job at the tiny Museum of English Rural Life in Reading, about 40 miles west of London.

Mr. Koszary didn’t have any special knowledge about living in the countryside, but said he loved the museum’s collections, which include wagons used to transport turnips and artificial insemination equipment for cows. The collections can seem odd at first glance, he said, adding: “Once you start getting into the history, the stories of rural life, it’s fascinating.”

“I could go on for hours about wagons,” he added.

When the museum closed for a two-year refurbishment, Mr. Koszary started helping out with its social media. His first real success came in April 2018, when he decided to search the museum’s photo archive for an animal with unusual horns for International Unicorn Day. He came across an enormous sheep. As soon as he saw it, the phrase “absolute unit” — internet speak for something huge — popped into his head, he said.

It quickly amassed over 100,000 likes, gathering so much attention that several British newspapers profiled the museum.

Mr. Koszary repeated the trick several times with off-the-wall images from the museum’s collection, including an 18th-century doodle of a chicken wearing pants. (J.K. Rowling, the author of the Harry Potter books, said she would write the animal into a series of novels.)

Mr. Koszary’s success was also noticed outside the museum world. Last April, Elon Musk, the founder of Tesla — and a man with his own history of using Twitter to grab attention — changed his Twitter photo to the “absolute unit” sheep and started a Twitter conversation with Mr. Koszary.

Soon afterward, Mr. Musk hired him. It seemed a perfect match, but their time together lasted less than six months.

The news of a split emerged in February, when Mr. Koszary wrote a blog post titled “Christ what a weird year.” Tesla was “full of intelligent people who’ll change the world,” he wrote. “And it was the right personal and professional decision to let them find someone else to achieve their vital mission on social media.”

Mr. Koszary said he could not talk further about his time at the company and would not say if that was because of a nondisclosure agreement; Tesla didn’t respond to a request for comment. He said he felt “incredibly lucky” that Royal Academy, which had offered him a job before he went to Tesla, took him back afterward.

Asked about his approach for the museum’s social media during the coronavirus pandemic, Mr. Koszary said that people seemed to want light relief from the news. But he added that lighthearted tweets would not be enough to get museums through this difficult period. Instead, the Royal Academy’s social team was trying to reflect all aspects of how people were feeling, he said: “this weird mixture of scared and bored.”

On Twitter, that meant setting daily tasks to keep people engaged. (“You can’t come in to look at the art. Show us the art on your walls instead,” read one recent tweet.) On Instagram, the museum has been posting calming paintings accompanied by breathing instructions to help people meditate. Nick Sharp, the museum’s digital director said that the museum was looking into using social media for life drawing classes. (It used YouTube to stream classes in 2018.)

Ms. Lanier, the Met’s social media manager, said the museum was trying several approaches. Its most successful posts so far were “aesthetically calming” paintings of flowers, she said.

Other museums were trying more do-it-yourself strategies. Over the past week, the Getty Museum in Los Angeles asked its Twitter followers to recreate famous artworks using household objects.

Mr. Koszary said the one thing museums should avoid was what most of them seemed to be focusing on right now: Simply posting images from their closed collections and exhibitions. “A lot of people are going to fall into the trap of just trying to give people what they’d come to see in person on the screen,” Mr. Koszary said, “but social media doesn’t work like that. It’s meant to be collaborative, democratic.”

That needed to be realized especially as the pandemic gets worse, he said. “Arts and heritage can’t possibly fix coronavirus, but we can try and do something to help the sadness and fear,” he said.

Sometimes, that includes paintings of ham.