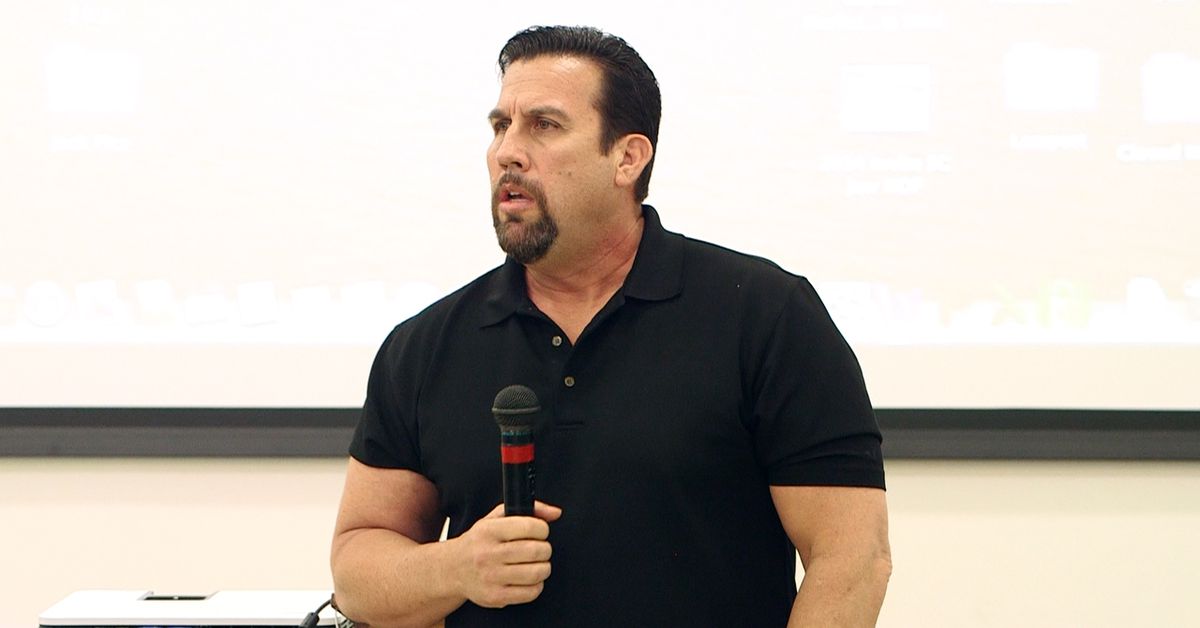 Over the weekend, Jon Jones was arrested for yet another vehicular incident, this time a DWI in Albuquerque. It is just the latest in a long string of personal struggles from the UFC light heavyweight, and at this point, some of MMA’s biggest luminaries are fed up with Jones.

One such person is MMA referee, commentator, and analyst “Big” John McCarthy who on a recent episode of the Weighing In podcast, lambasted Jones’ decision making, calling the champion a “disaster” and a “straight-out f*ck up”.

“When he is disciplined, when he has a fight, when he has a structure, and a schedule – the military would’ve been great for Jon Jones, because it’s got structure. You’ve got to be here at this time, this is your job, this is what you do, and Jon performs beautifully under that structure,” McCarthy said. “When he doesn’t have that structure, he is a disaster. He is an unmitigated, just straight-out f*ck up. . .

“Who you are is what you do when people don’t know. When they don’t see. That’s who you really are, and that’s Jon’s problem. Because what we’re seeing, like on that video tape, that’s who Jon really is.”

Jones was arrest on the evening of March 26th when Albuquerque police officers responded to gunshots, where they found Jones in the driver’s seat of his vehicle. Jones took a breathalyzer which returned results at or above twice the legal limit and was then arrested, after which the officers found a handgun underneath the passenger’s seat. Jones was then arrested for aggravated DWI and negligent use of a firearm. Given that this is not Jones’ first such incident, McCarthy believes that this time, Jones won’t be getting off lightly.

“It is absolutely incomprehensible that this man cannot control his actions,” McCarthy said. “When he’s being arrested, ‘Oh I just want to be with my kids.’ No, you had the chance to be with your kids. You decided to go out and and drink and drive and shoot guns and you decided to take that ability away. You decided that. No one made you. This is going to hurt Jon a lot more than he realizes.

“I guarantee it’s not gonna be thrown out. Not a third time. They definitely has this as the second time, and they’re gonna look at it as a third time, and he’s going to do some time. It will be what we call jail, not prison, but he’s going to spend some time with his butt behind bars because he’s proven that he does not change his attitude and his demeanor and his aspect towards doing the right thing. He’s done it before, he’s now doing it again and they’re gonna say, ‘You didn’t listen to us the first time and you obviously didn’t even really take it that serious the second time, so the third time we’re gonna show you that you made a big mistake.”

Following the 2015 incident, Jones was stripped of his light heavyweight title for the first time. That kicked off a tumultuous three-year stretch where Jones returned to fighting twice and twice tested positive for banned substances, resulting in two more title strippings (one of an interim belt). And given the circumstances, McCarthy thinks Jones is set to extend his record for most stripped titles, because he believes a fourth will be coming soon. But for McCarthy, the question isn’t whether the UFC will strip him, it’s whether the UFC will keep him on roster.

“The UFC has always been hands off, and they’re gonna let the justice system do their thing, but Jon’s not gonna be fighting for a while so they’re gonna end up stripping him of that title. Again. How many times can you be stripped of the title?” McCarthy questioned.

“The real question is: do you want him on your roster? Do you really want him? . . . If I was in charge of the UFC, I would cut him. Not only would I take his title, I would cut him. And I’m telling you this, straight up, if Bellator wanted to sign him, I would do everything I could to say, ‘Why are you doing that? Don’t even think about it.’ Because all he’s going to do is bring you bad press.”

In the end, it’s highly unlikely the UFC will cut Jones. Not only is he one of the best fighters of all time, but he’s also one of the biggest stars in the sport. However, McCarthy notes that, if things continue as they have, it’s only a matter of time before something seriously tragic occurs.

“What he brings to the cage, in the end, is not going to be worth what he’s going to bring to you on the outside,” McCarthy concluded. “Because put it this way, he’s been lucky because he hasn’t hurt somebody. And I don’t think Jon wants to hurt somebody, purposefully. In the cage, yes he does, other than that, he does not. But he’s putting himself in positions of where he’s not in control of his faculties to the point where what happens when he hits somebody and they die?”

Stranded. Khabib Nurmagomedov stranded in Russia, says the UFC is looking to continue UFC 249 ‘with or without me’.

Posturing.Colby Covington, Tyron Woodley offer to meet on April 18 to help save UFC 249.

Stubborn. Dana White on UFC 249: ‘I said that this fight is going to go on and it will’.

Safety. Bellator postpones next three events due to COVID-19 pandemic.

Where is Mark Coleman now?

Anik & Florian. Discussing the turmoil around UFC 249 and an interview with Forrest Griffin.

Gilbert Burns is covering all the bases.

Since #UFC249 is in jeopardy because we can’t get Khabib out of Russia. So Just in case we can’t get Jose Baldo into America soil, make sure to bring your untailored tuxedo that you wear every Saturday long with yours balls! Because you’re on deck sweetheart. ❤️ @DominickCruz pic.twitter.com/1LaGGavqe2

The Chosen One seems happy.

Eryk Anders taking all the wrong lessons out of Tiger King.

You can buy a fucking tiger for only 2k? I’m buying 25 tigers with my next performance bonus. #yaboiexotic

This is the correct lesson.

Carole Baskin is the sole reason Khabib X Tony is in jeopardy.

COVID-19 sucks, but remember that time I beat the shit out of Manny Gamburyan for two rounds, got caught in a guillotine w/ 5 seconds left in r2, then wound up on TMZ the next day telling some drunk at a bar to google me and getting sucker punched? That was a shitty weeekend!

Honestly, McCarthy is right on this one. I’ve mostly been forgiving of Jones’ issues – I don’t care about PEDs at all and hey, I’ve been an idiotic kid myself. But drinking and driving is recklessly negligent, and at the bare minimum, the man needs to have his license suspended indefinitely.