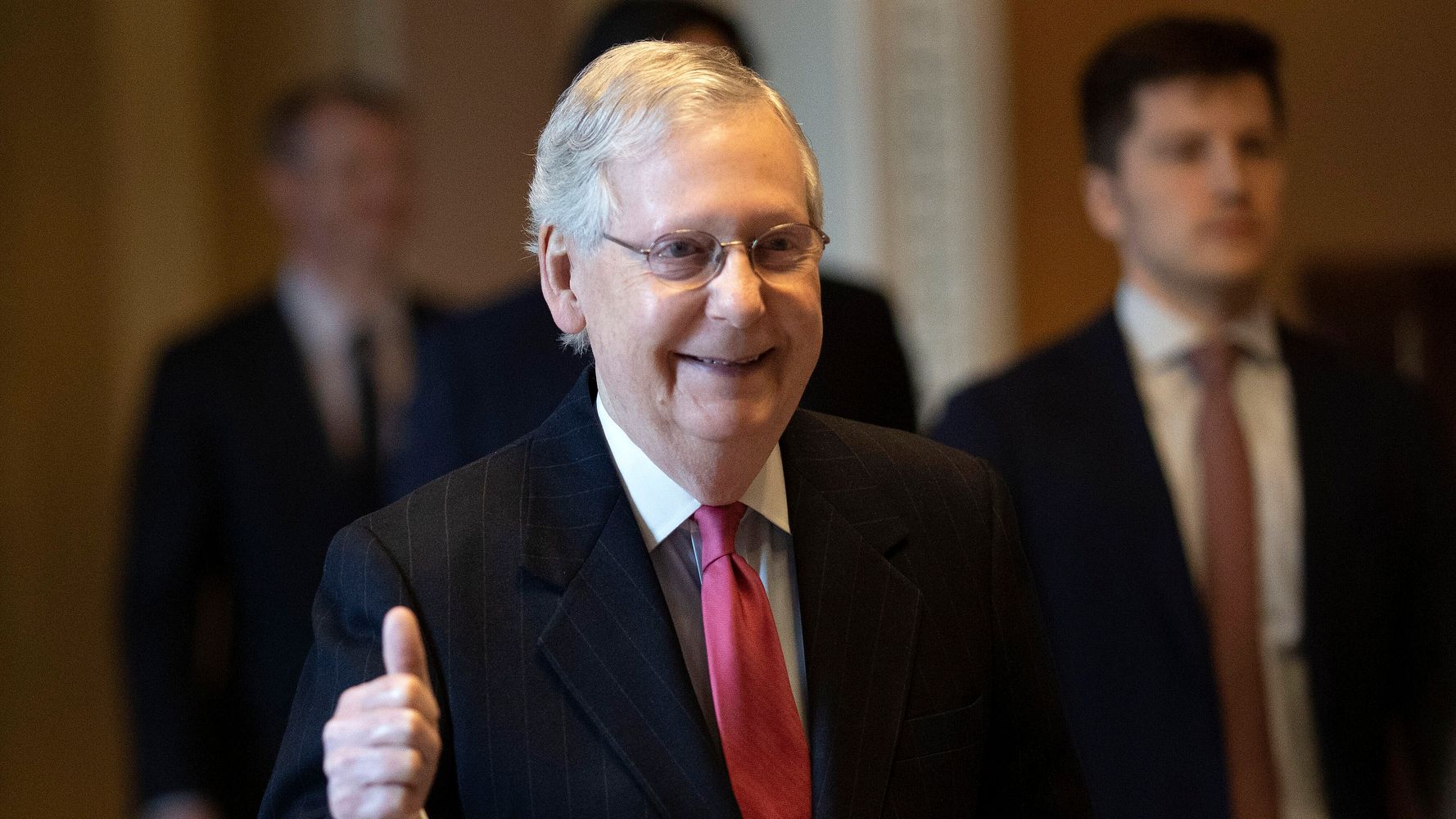 “It came up while we were tied down on the impeachment trial. And I think it diverted the attention of the government because everything every day was all about impeachment,” McConnell said in an interview with conservative radio talk show host Hugh Hewitt.

China reported its first death from coronavirus on Jan. 11, prior to the start of Trump’s impeachment trial in the Senate. The first confirmed case in the U.S. came later that month on Jan. 21 in Washington State just as the Senate was beginning a contentious debate over rules for the impending impeachment trial.

While most of Washington, D.C., was focused on the historic trial in late January, senators did receive a briefing regarding the outbreak and the Trump’s administration’s preparedness efforts on Jan. 24, a few days into the proceedings.

Senate Minority Leader Chuck Schumer (D-N.Y.) called for Trump to declare a public health emergency due to the virus on Jan. 26 in order to free up funds for the Centers of Disease Control and Prevention to fight the infectious disease. The Health and Human Services Department did so a few days later.

Trump, meanwhile, restricted travel by most people from China, where the outbreak began, on Jan. 31. But experts say he squandered what little time the move bought to stop the spread of the disease in the U.S.

Trump’s administration has faced an onslaught of criticism in recent days about its slow and muddled response to the coronavirus, from the lack of available testing and badly needed protective gear and ventilators at U.S. hospitals.

Sen. Chris Murphy (D-Conn.) said that top Trump administration officials resisted calls from senators during a meeting on Feb. 5 ― a day prior to Trump’s acquittal in the Senate ― urging them to request emergency funding and to stockpile supplies to deal with the coming crisis.

“They said they had it covered. Didn’t need any additional funding. What a fatal screw up,” Murphy tweeted on Monday.

House Speaker Nancy Pelosi (D-Calif.) also tore into Trump on Sunday, saying he failed to take the coronavirus seriously enough from day one.

“As the president fiddles, people are dying,” Pelosi said during an interview on CNN, urging him to use his powers to direct more companies to produce equipment and gear needed to deal with the crisis.

Trump downplayed the threat of the current pandemic for weeks, repeatedly comparing it to the seasonal flu. He downplayed the need for critical hospital supplies like ventilators despite city and state officials begging the federal government for more equipment. And he has baselessly accused overworked hospital workers facing critical supply shortages of hoarding masks.

“Where are the masks going? Are they going out the back door?” he asked during a press conference at the White House on Sunday. “So, somebody should probably look into that, because I just don’t see, from a practical standpoint, how that’s possible to go from that to that.”