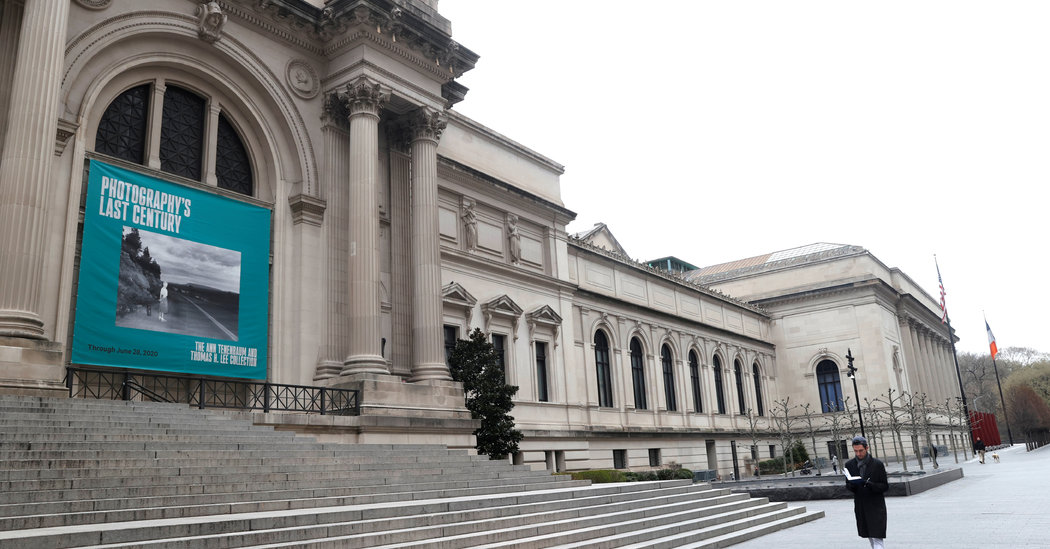 The Metropolitan Museum of Art has announced that it will extend pay for all staff until May 2, providing job security for another month to its 2,200 employees as millions of Americans experience layoffs triggered by the coronavirus pandemic.

“Our highest priority remains to support our staff as best we can in helping to keep everyone safe and as financially secure as possible,” said Daniel Weiss, the museum’s president and chief executive officer. “We realize that this announcement of a four-week extension of full salary support does not provide enduring comfort, but at the moment it is the best we can do in a rapidly evolving situation.”

Met employees had previously been told that the museum could only guarantee salary payments until April 4.

Separately, the Met reached an agreement with the union representing its guards and maintenance crews to provide time-and-a-half hazard pay for essential staff who must continue working onsite during the shutdown.

Even after the museum reopens to the public, officials expect to see reduced revenue and attendance. As a temporary solution, the Met is exploring whether there is any way it could dip into its $3.6 billion endowment fund.

“No endowed organization that loses its revenue can spend down its endowment without limitation since spending from it today has to be balanced against preserving it to support operations tomorrow,” Mr. Weiss cautioned in an email co-signed by Max Hollein, the museum’s director.

The museum world often looks to the Met for leadership as it did earlier this month when, shortly after the museum decided to close in an effort to help contain the spread of the coronavirus, hundreds of other cultural institutions followed suit. Few museums, though, have the financial resources that the Met does.

“It’s very challenging right now because we don’t have any type of benchmark,” said Seema Rao, deputy director of the Akron Art Museum in Ohio. “We are all watching the Met for guidance and trying to prioritize our staff as best we can. But we are a medium-sized institution going into our third payroll without any revenue, and many of our funders have also taken hits.”

Faced with a shortfall of almost $1 million dollars, Akron has announced that some of its 35-member full time staff would be furloughed, others would be cut back to part-time and department heads would take 10 percent pay cuts. The Carnegie Museums of Pittsburgh have furloughed more than half their 1,003 employees. Last week in Los Angeles, the Hammer Museum laid off 150 part-time student workers. And recently, the Massachusetts Museum of Contemporary Art laid off almost three-quarters of its 165-person staff.

But on Monday afternoon, the American Museum of Natural History announced that it would pay staff through May 15 by requiring full-time employees to take two vacation days per week and cutting compensation for part-time workers.

“The cultural sector as a whole and artists in particular are really hurting right now,” said Michael L. Royce, executive director of the New York Foundation for the Arts, a nonprofit that runs a popular listing of jobs in creative fields. Since early March, the foundation has seen an 88 percent drop in listings; during the same period, page views have more than tripled for its emergency resource section.

“We are only at the beginning of this crisis, and the full impact is not yet known,” Mr. Royce added, “but what we do know is that many in the arts have lost their jobs and need work and emergency relief funding desperately and immediately.”