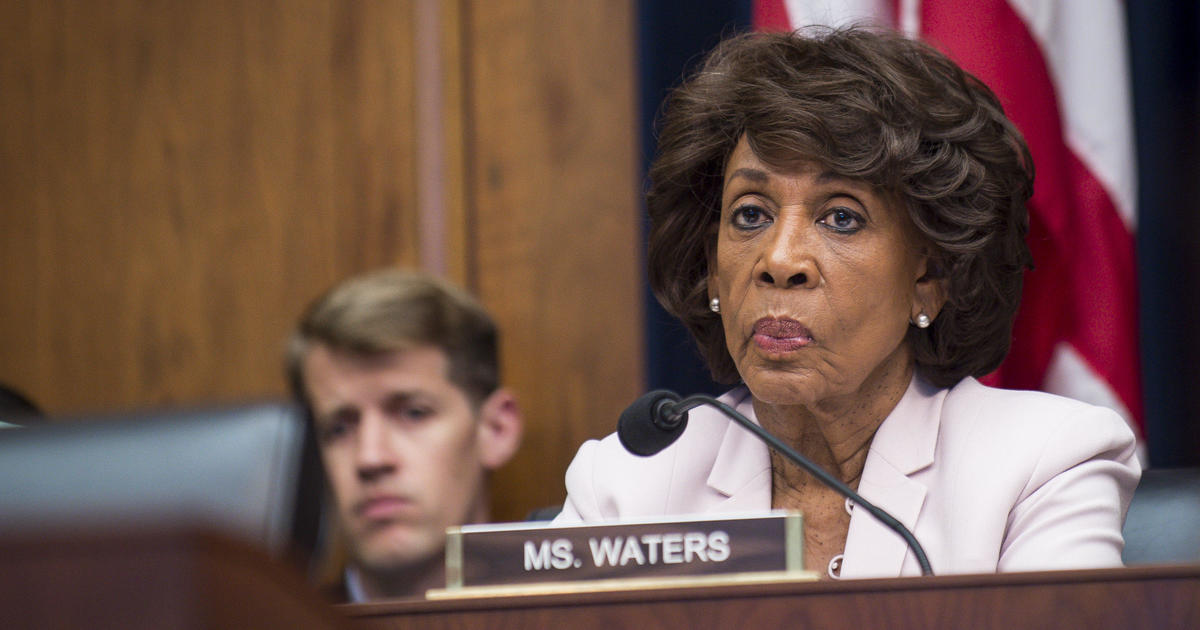 Washington — Democratic Congresswoman Maxine Waters of California lambasted President Trump over his handling of the coronavirus outbreak, calling him a “failure” and pushing him to use his authority under the Defense Production Act to procure more personal protective equipment for frontline workers.

In a series of tweets, Waters, a frequent and vocal critic of Mr. Trump’s, said the president “mishandled” the coronavirus pandemic and should “stop congratulating” himself.

“You’re not knowledgeable & you don’t know more than experts & generals. Your ignorance & incompetence are appalling & you continue to demonstrate that every time you open your mouth!” she said.

“Trump, since you destroyed the WH unit designed to plan for pandemics like #COVID19, you need to stop being duplicitous about the DPA & get more corps to develop masks, respirators, & everything needed to protect hospital workers trying to save lives. Get your act together!” she tweeted.

The president has come under fire for downplaying the severity of the coronavirus after the first cases were confirmed in the U.S. and not doing enough to ensure doctors, nurses and other health care workers on the front lines of the outbreak have the personal protective equipment they need.

Democrats have urged Mr. Trump to use his authority under the Defense Production Act to boost production of masks, ventilators, respirators and other supplies, though the president had said it hasn’t been necessary because the private sector has stepped in to help voluntarily.

Mr. Trump did, however, exercise his authority under the Defense Production Act last week to compel General Motors to manufacture ventilators.

The Trump administration has also launched a public-private partnership called “Project Airbridge” to expedite the delivery of medical supplies to the U.S. from other countries. The first flight of equipment arrived in New York on Sunday and contained 80 tons of material, including 130,000 N95 masks, 1.8 million face masks and gowns, more than 10.3 million gloves and 70,000 thermometers, the White House said.

There are more than 164,000 confirmed cases of the coronavirus in the U.S., according to Johns Hopkins University, and more than 3,100 deaths.