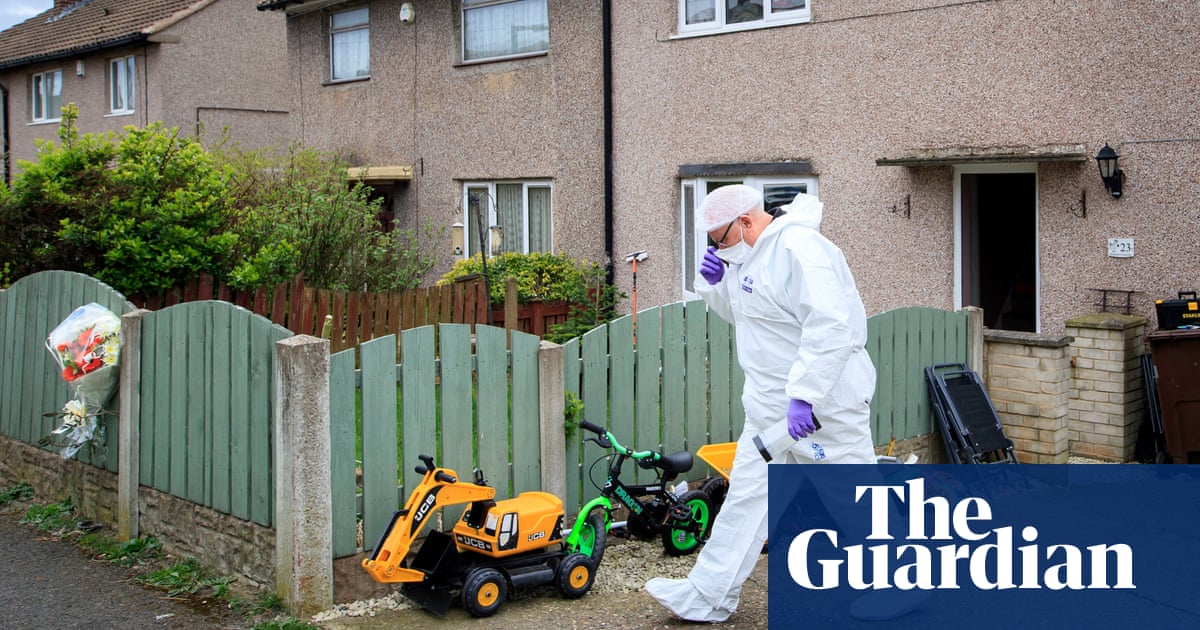 A 40-year-old man has been charged with murdering a healthcare worker who was stabbed to death in South Yorkshire.

Victoria Woodhall, who worked at Rotherham general hospital, was attacked in Windsor Crescent in the Middlecliffe area of Barnsley just before 5pm on Sunday.

On Tuesday, South Yorkshire police said Craig Woodhall, formerly of Windsor Crescent, Barnsley, had been charged with murder and remanded in custody.

He will appear at Sheffield magistrates court on Tuesday morning.

In a statement, the force said: “Upon police arrival, a 31-year-old woman was sadly pronounced dead.

“A postmortem carried out on Monday 30 March concluded that the woman’s cause of death was multiple stab wounds. While formal identification is yet to take place, the woman’s family is receiving support from specially trained officers.

“The public are asked to be mindful of comments posted on social media and to respect the family’s privacy at this difficult time.”

Tributes have been paid to Mrs Woodhall and a GoFundMe page has been set up by her friends, Donna Wetherall and Kelly Sims, to raise money towards funeral costs and to help her three children.

Wetherall and Sims said Mrs Woodhall was an operating department practitioner who was “always helping others” and “lived for her children”.

They said: “Victoria worked really hard at university, qualifying to become an ODP at the Rotherham general hospital. She will be deeply missed by friends, family and her children. She was lovely and caring, always helping others, lived for her children, and sadly she was taken away at a young age of 31.”

The page raised nearly £4,000 in 24 hours and her friends said: “Thank you to all that donated, we are overwhelmed by the response. Vicky would truly be amazed.”

At the scene of Mrs Woodhall’s death, white-suited forensic officers wearing face masks could be seen at a property in the street.

A card on a floral tribute attached to the fence outside read: “Taken from us. Always in our hearts and thoughts. A loving mummy, daughter and sister. xxxxx.”