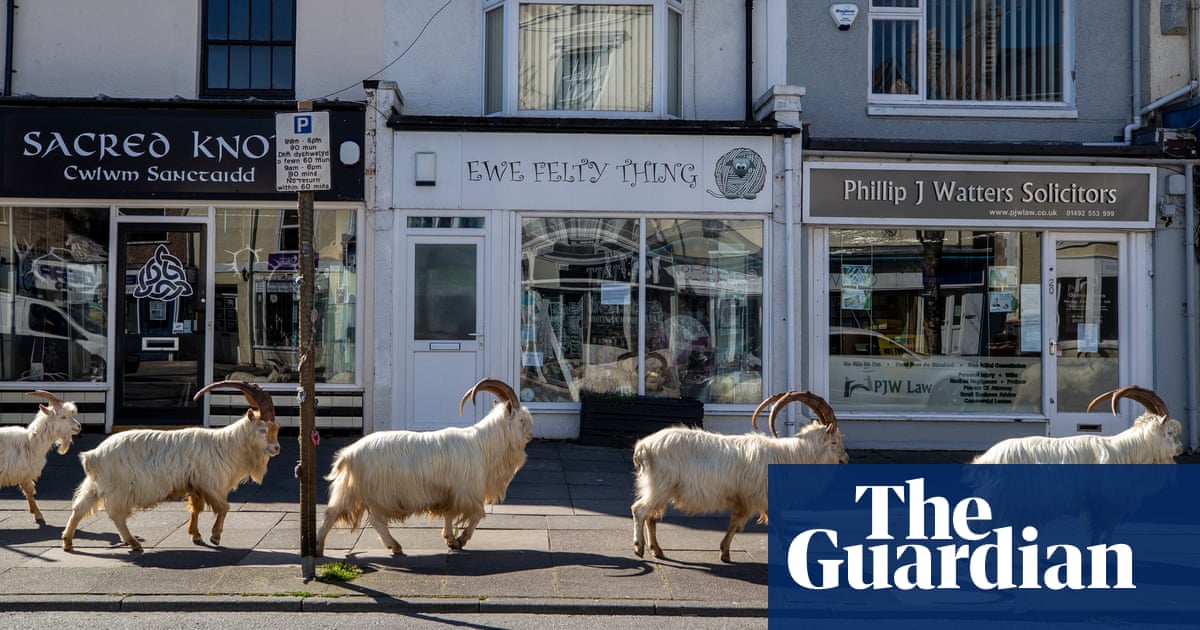 Age: Old. There’s been a settlement here on the Creuddyn peninsula in North Wales since the stone age.

Famous for: Mining heritage, splendid Victorian architecture and gorgeous beaches. Llandudno is known as the Queen of the Welsh resorts. Well that’s what it was famous for, until now …

Kids these days? Stop it.

“This town is coming like a goats’ town. All the clubs have been closed down …” Yes, very good. But actually, yes, that’s exactly what has happened. Taking advantage of the deserted streets because of the coronavirus lockdown, a posse of Great Orme goats has moved into town and is running riot.

Oh my God, it’s really happening. The animals are already taking over. Like dolphins swarming the canals of Venice and the drunken elephants marauding through Chinese villages … Fake news. But the Llandudno goats are real. See also the Bergamo boars, as yet to be fact-checked. But it does really seem to be that nature is returning to the towns and cities of the world.

You’re a Bergamo bore. And how exactly did the Llandudno goats run riot? Locked horns on the beach, head-butted shop windows? A bit of ram-raiding? They ate a few hedges in the Trinity Square area of town. They trespassed in several front gardens and ran across a road without looking properly. A man named Andrew Stuart spotted them from the window of the pub he lives in. They weren’t keeping the required two metres apart, he observed. And who is Mr Stuart gonna call?

Goatbusters? Actually, North Wales Police, to whom this particular herd was already well known. They recently caused some damage to a primary school, Ysgol San Sior, and munched their way through a load of newly planted trees. The headteacher, Ian Jones, called them “vandals”.

Just don’t call it the nanny state. Anyway, what happened? A squad car was sent and the animals were shepherded (goat-herded?) out of town.

Yeah, for now! Where do they normally live? In the north Wales mountains. There are said to be about 120 of them. Descended from the goats of the mountains of Kashmir.

Do sing: “Do you remember the good old days before the goats’ town? We danced and sang, and the music played in a de boomtown.”