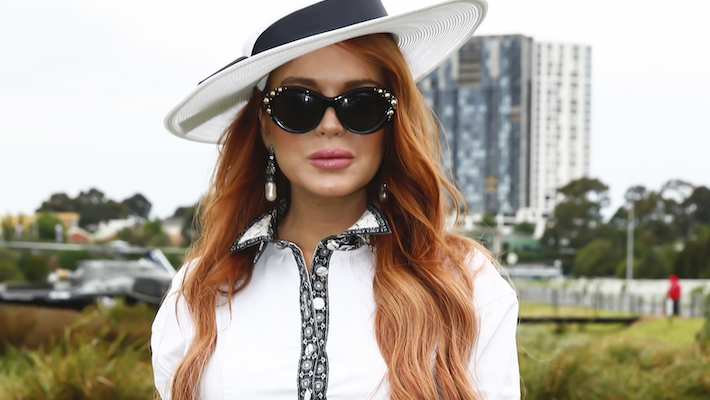 Lindsay Lohan has been in the public eye for most of her life, and like lots of child stars, has had her fair share of ups and downs in the spotlight. But for as much as everyone knows her for star-making roles in movies like The Parent Trap and Mean Girls, not everyone is as familiar with her stint as a recording artist in the early 2000s. In 2004 and 2005 Lohan released her debut album Speak and A Little More Personal (Raw) via Casablanca Records, a major label subdivision under UMG and Republic Records.

Since then, Lohan hasn’t done much in the way of official music releases, but that’s all about to change, apparently. Earlier today the actress released a thirty second video filled with clips of people saying her name and short videos of social media posts of her that have gone viral. At the end of the video, the TV showing the video explodes and Lohan’s voice drops two simple words: “I’m back.”

It’s a dramatic and over-the-top return from a woman who is more than happy to self-describe as those two things, herself. No snippets of music have been teased yet, but fans can pre-save the new single here. Considering its been fifteen years since her last album dropped, this comeback should be very interesting.