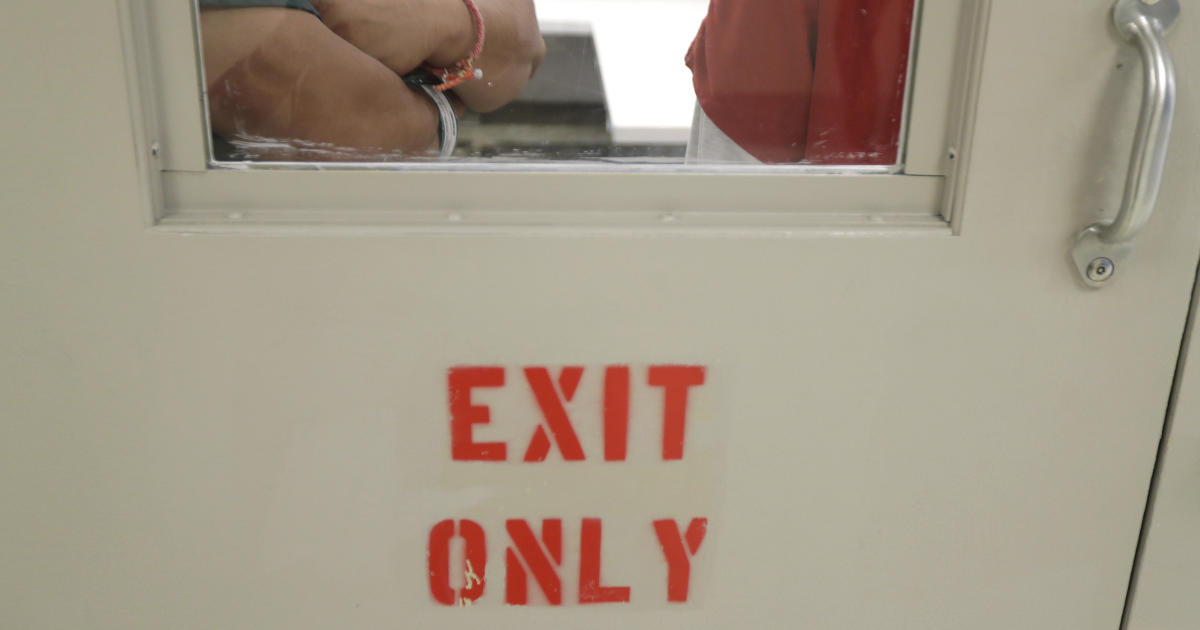 Over the past several days, as the coronavirus pandemic has ravaged the U.S. and the rest of the world, several federal courts have ordered the Trump administration to release detained immigrants who are at higher risk of severe illness or death from COVID-19, given their age or underlying medical conditions.

Federal judges in New York, Pennsylvania and California have granted requests to free a small number of immigrants held in close quarters who advocates say face imminent danger from a pandemic that has killed more than 3,600 people in the U.S.

On Tuesday, a federal judge in Pennsylvania ordered the release of 10 immigrants with chronic health issues detained in the state, saying their continued detention could lead to an “unconscionable and possibly barbaric result.”

“Our Constitution and laws apply equally to the most vulnerable among us, particularly when matters of public health are at issue. This is true even for those who have lost a measure of their freedom,” U.S. District Judge John Jones, an appointee of President George W. Bush, wrote in his order. “If we are to remain the civilized society we hold ourselves out to be, it would be heartless and inhumane not to recognize Petitioners’ plight. And so we will act.”

The American Civil Liberties Union has filed seven lawsuits demanding U.S. Immigration and Customs Enforcement release at-risk detainees, and the agency has released 20 immigrants in New Jersey, California, Massachusetts, Pennsylvania and Washington in response, according to the group. Four ICE detainees have tested positive for coronavirus in New Jersey, prompting the agency to release 26 immigrants from a single jail in Newark, according to county officials.

It’s unclear how many other people ICE released because of the pandemic. A spokesperson said the agency does not have statistics on coronavirus-related releases. The spokesperson also reiterated that there has been “no change” in policy regarding the current detention population, which stood at more than 38,000 on March 21. The agency, however, makes “custody determinations every day on a case-by-case basis,” considering factors such as criminal records, flight risk and community ties, the spokesperson said.

Advocates and lawmakers have said the releases so far are insufficient to address the crisis, calling on ICE to dramatically reduce its detention population to minimize the spread of the virus among immigrants in its custody. In addition to the four detainees who have tested positive in New Jersey, five ICE employees at detention centers have also been found to be infected.

Texas Democratic Congressman Joaquin Castro, the chair of the Congressional Hispanic Caucus, called on ICE to release all low-risk detainees, saying most immigrants detained by the agency have family members in the U.S. they can stay with.

“Ideally, you would get everybody out of those confined spaces, where they are sitting ducks for this virus,” Castro said during a call with reporters Tuesday, noting that detainees who might pose a threat to the public could be held in less crowded facilities.

Castro and other members of the Congressional Hispanic Caucus noted that Attorney General William Barr recently urged federal prisons to consider releasing certain at-risk detainees to home confinement. States and cities across the country have also moved to free thousands of low-level offenders, including those with chronic medical conditions. The Democratic lawmakers said ICE has even more flexibility than the federal Bureau of Prisons because immigration detention is a civil, not criminal, matter.

“It doesn’t make sense that the federal government would be releasing people from prison, but won’t do the same for ICE detainees,” Castro said.

Congresswoman Alexandria Ocasio-Cortez of New York, which is now the epicenter of the pandemic in the U.S., warned of a “humanitarian crisis” unless ICE oversees a large-scale release of detainees.

Naureen Shah, an attorney at the ACLU, said the group’s position in that both ICE and Customs and Border Protection, or CBP, should release all immigrants in their custody.

“Not only do we know now more than ever that all of us are vulnerable to COVID-19, even those who appear young and healthy, we also know ICE and CBP are agencies that have horrific track records when it comes to dealing with medical conditions,” Shah said.