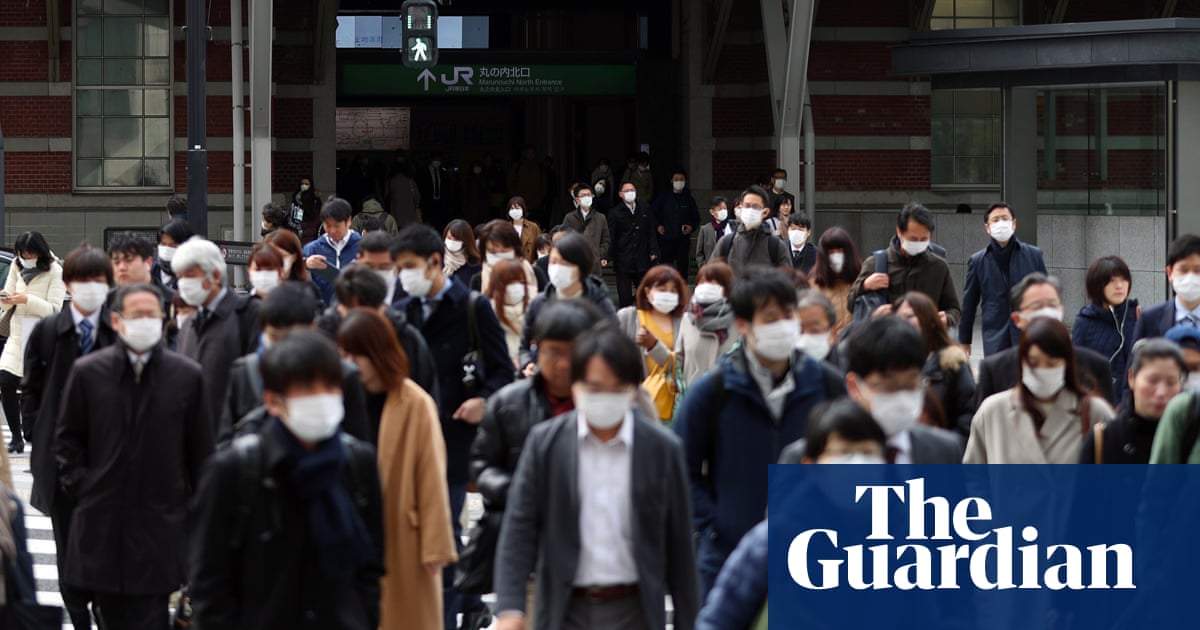 Weeks after urging them to forgo cherry blossom parties, the governor of Tokyo has told residents to ditch another national pastime – karaoke – as calls grow for Japan to take tougher measures to stem a rise in the number of Covid-19 cases.

Yuriko Koike said Tokyo’s 14 million people should avoid visits to bars and restaurants, and put karaoke sessions on hold until 12 April, while a senior medical official called on the government to declare a state of emergency before it is “too late”.

Japan has so far avoided the kind of outbreaks that have ravaged the US, Italy, Spain and Iran, but a rise in cases in Tokyo, including some with no known source of infection, along with the virus-related death this week of Ken Shimura, one of the country’s best-known comedians, have sparked calls for more government action.

Japan and South Korea tighten borders as US faces up to 200,000 Covid-19 deaths

“If we wait until an explosive increase in infections before declaring an emergency, it will be too late,” said Satoshi Kamayachi, an executive board member of the Japan Medical Association.

Koike, who earlier this month likened preventing Japanese citizens from enjoying hanami get-togethers beneath the cherry blossoms to “taking hugs away from Italians”, told reporters: “The number of infections continues to increase from last week and we are at a crucial moment that will determine whether we can minimise the number of further infections.”

Citing reports of infections at restaurants, bars and nightclubs, Koike said the government was “asking that residents refrain from going out in the evenings, and to refrain from all unnecessary outings at the weekend” until 12 April.

The government’s top spokesman, Yoshihide Suga, dismissed speculation that the prime minister, Shinzo Abe, was about to declare a state of emergency – a measure that would enable the governors of affected prefectures to ask, but not force, residents to stay at home except to shop for food and to receive medical care.

“It’s not true that the government is planning on declaring a state of emergency from April 1,” Suga said. Abe did not discuss the measure in a phone call late on Monday with Tedros Adhanom Ghebreyesus, the director general of the World Health Organisation, according to the foreign ministry.

Japan’s economy minister, Yasutoshi Nishimura, warned that a lockdown of major cities such as Tokyo and Osaka would have a “huge” impact on the world’s third-biggest economy. Nishimura said he did not believe Japan had reached the point where a state of emergency was necessary.

But the governor of Osaka, which has the second-highest number of cases nationwide, joined calls for a state of emergency declaration. “The central government has said Japan is barely holding up, so the declaration needs to be made,” said Hirofumi Yoshimura. “If we leave it too late the virus will be uncontrollable.”

As of Tuesday the coronavirus outbreak had infected 2,007 people in Japan with 59 deaths, according to the public broadcaster NHK. Those figures exclude 712 cases and 11 deaths from the Diamond Princess cruise liner which was quarantined in Yokohama in February.

Tokyo reported 13 new cases on Monday – compared with a record 68 the previous day – and a total of 443 infections, by far the most among Japan’s 47 prefectures.

Japan has tightened travel restrictions amid a rise in imported cases among travellers returning from overseas. On Tuesday the foreign ministry issued a “level 3” advisory warning people to avoid travelling to 48 countries including the US, China, Britain, South Korea and Canada. The advisory applies to 73 countries and regions – roughly a third of the world.