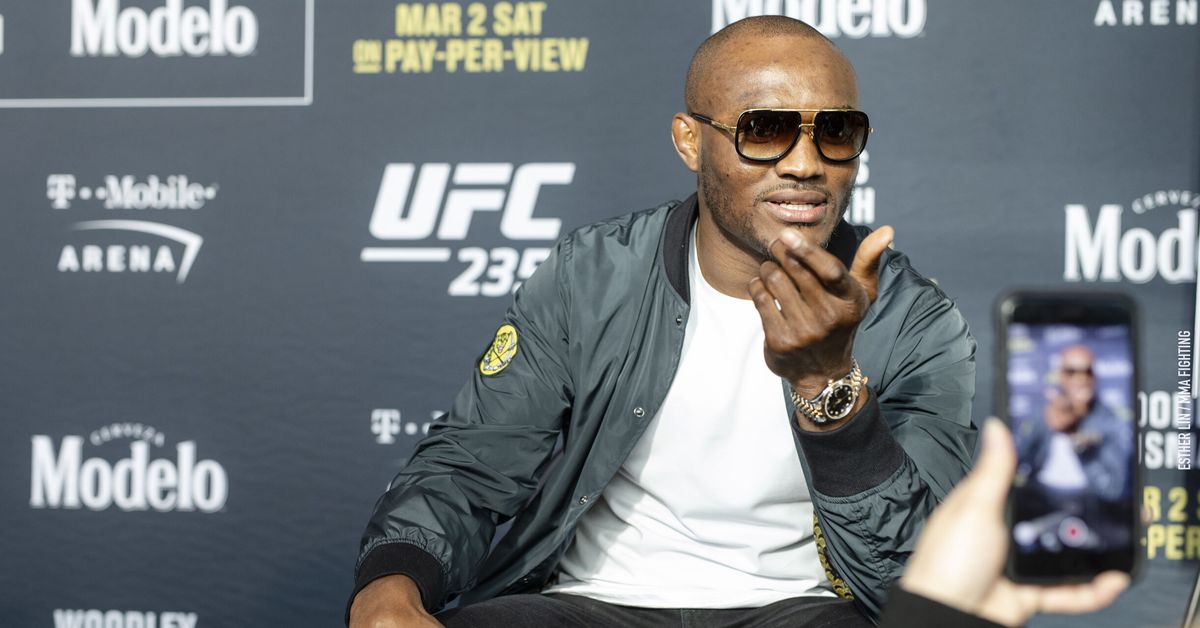 Kamaru Usman wanted to save UFC 249, but he claims Jorge Masvidal had no interest in a short-notice title fight against him.

Following news that reigning lightweight champion Khabib Nurmagomedov may not be able to fight Tony Ferguson on April 18 due to travel restrictions in his home country of Russia due to the coronavirus pandemic, numerous fighters have offered to step up to help fill the headline spot.

On Monday, Usman took to Instagram where he revealed that he spoke to UFC President Dana White last week about potentially taking a fight against Masvidal in order to give the promotion a viable main event if Nurmagomedov really was out.

“Last week, obviously, I had an inclination that the Khabib [Nurmagomedov] and Tony [Ferguson] fight was in jeopardy because Khabib had gone out of the country thinking that the fight was going to take place out of the country, due to the fact that we have closed all our commissions here,” Usman explained. “So he went out, unfortunately now he’s stuck out. Because they’re closing the borders, people can’t come in and what not.

“I did what I needed to do. I knew there was a ton of guys on this card, a lot of guys that aren’t making that much money and haven’t fought in a long, long time and they needed to fight. So you know what I did? I called Dana White and I said ‘Dana, you know what, I want to save that event, I want Masvidal.’ Word for word. I swore on everything. Texted Dana, said I want Masvidal, I’m going to save this event.”

According to the UFC welterweight champion, the promotion got back to his manager Ali Abdelaziz and said that they weren’t able to locate Masvidal for whatever reason.

At the time, Usman says he weighed about 194 pounds but he was already starting to push harder in training in order too get down to the welterweight limit in time. Usman then told his manager to give the UFC another 24 hours to track down Masvidal because he really wanted the fight to happen.

“24 hours go by and they say well he doesn’t need to fight, doesn’t want to fight,” Usman said. “He hasn’t really been training, that he’s not going to take the fight. That he’s too fat.

“He’s been drinking too much of that drink of his that he’s drinking. He’s too fat. He can’t fight. I said what? I thought he was a goon, this and that — they said he can’t fight.”

Once word got out that Nurmagomedov was potentially withdrawing from UFC 249, Masvidal took to Twitter where he dropped a message saying “April 18 I’m free.”

“Today, the news breaks, the first thing these guys do, jump on Twitter, try to clout chase, try to get fans on their side ‘oh I’m free April 18.’ No, you’re not free,” Usman said. “If you’re free, call Dana White right now.

“They’re not free. He’s running his mouth because he’s trying to clout chase right now. They’re talking about Usman said no. Usman is saying yes, right now. We can still make the fight. They don’t want that fight.”

Beyond saving the card, Usman says he relished the chance to face Masvidal without a crowd in attendance as UFC 249 will be held behind closed doors.

“The real reason I wanted the fight is because this guy is so much hype, he understands, he knows he can’t hold a candle to who I am, to what I can do,” Usman said. “He knows that. This guy is all hype. He relies on the hype. He relies on all the casual fans to jump on the bandwagon. That’s what he’s relying on. But I knew that fight would not have people in the stands. It would be empty.

For his part, Masvidal fired back on Twitter while taking aim at Usman over this particular fight as well as another matchup that the UFC tried to put together between them this past November.

“Second time I say yes to the crotch sniffing champ, second time he has a date,” Masvidal wrote. “Shut up Ali. Writing tweets for your client. The only thing I’m cutting off is your boys head. Wouldn’t take it on 7 weeks notice he’s not taking it on 2 weeks notice. Clout chasing just like the clout chasing fragile dude.”

Second time I say yes to the crotch sniffing champ, second time he has a date #theresurrection

Masvidal’s manager Abraham Kawa also responded and confirmed that the UFC reached out to them about possibly facing Usman on April 18.

“If there’s one thing you know about Jorge, he doesn’t have to lie, he’s got no reason to lie, he’s got no issues,” Kawa stated on Instagram Live. “We have accepted the Usman fight twice now, two times. Once for NYC, we all know how that ended up. Usman said no, he didn’t want to make that fight happen.

“Now we accepted again and he’s saying we turned it down. That’s a damn lie. We got the phone call. We were asked. We knew this was coming. We said absolutely, let’s go.”