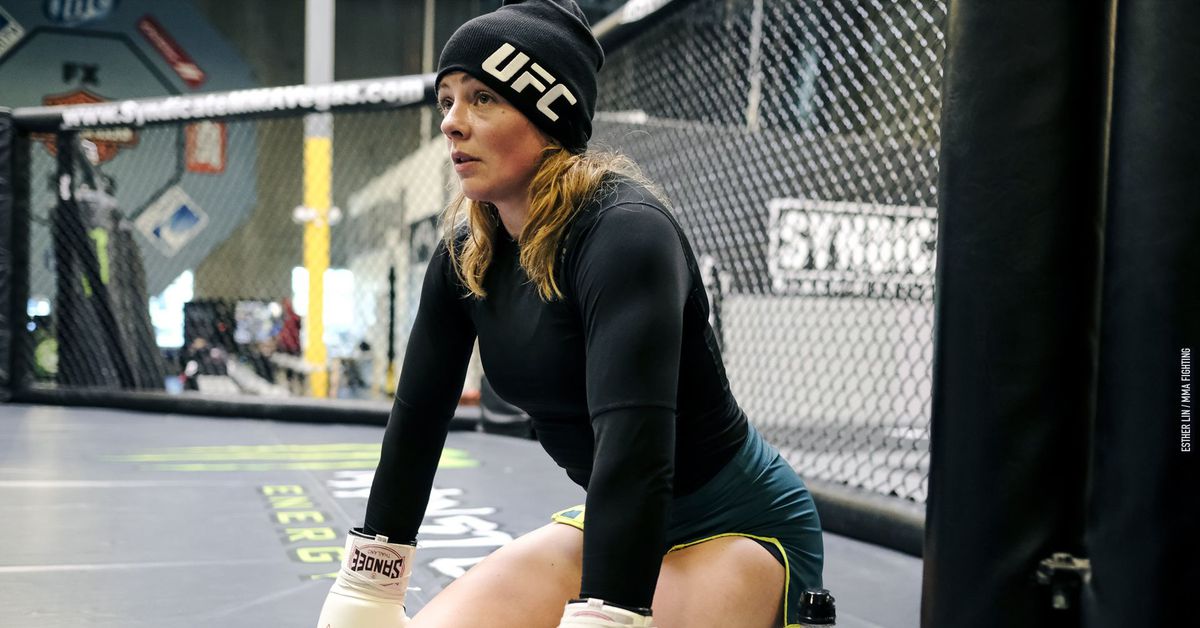 Joanne Calderwood’s UFC title quest looks like it will be elongated as the Scot revealed that she has been told that her UFC 251 shot at champion Valentina Shevchenko will be postponed from it’s initial June 6 date in Perth, Australia.

The landscape of the sport has been changed dramatically due to growing coronavirus concerns, but as Calderwood stated, she believes that change of date for her flyweight title tilt has nothing to do with the global pandemic.

“We got word last week that it’s going to get pushed back,” Calderwood told MMA Fighting’s Eurobash podcast.

“Not because of this whole thing, but something on her end. I’m not sure if I’m supposed to say that, but we know for sure that it’s not going to be on June 6. I don’t know, I’m not sure what happened or what’s what, but it’s been pushed back. It could be a blessing in disguise.”

MMA Fighting has contacted Shevchenko for comment on the situation.

Despite the change in plans, the Scottish fan favorite is staying positive.

“Right now, I’m enjoying the one-to-one. I just feel like all this is happening and I’m just going to take the best out of this situation.”

Although she would have loved to travel to Australia for the bout, there are some advantages to the fight not taking place on the other side of the world.

“We were planning to go two weeks before and I think it’s 24 hours flying time, so you’re talking two days of travel, but I love Australia so I wasn’t going to complain about that,” she explained.

“It’s a great country and I know that there are a lot of U.K. and Scottish people over there, so I’m just hoping now it will be in the U.S. and it will be closer for everyone to meet in the middle.”

Check out Joanne Calderwood’s interview on this week’s Eurobash. It begins at 15:30.