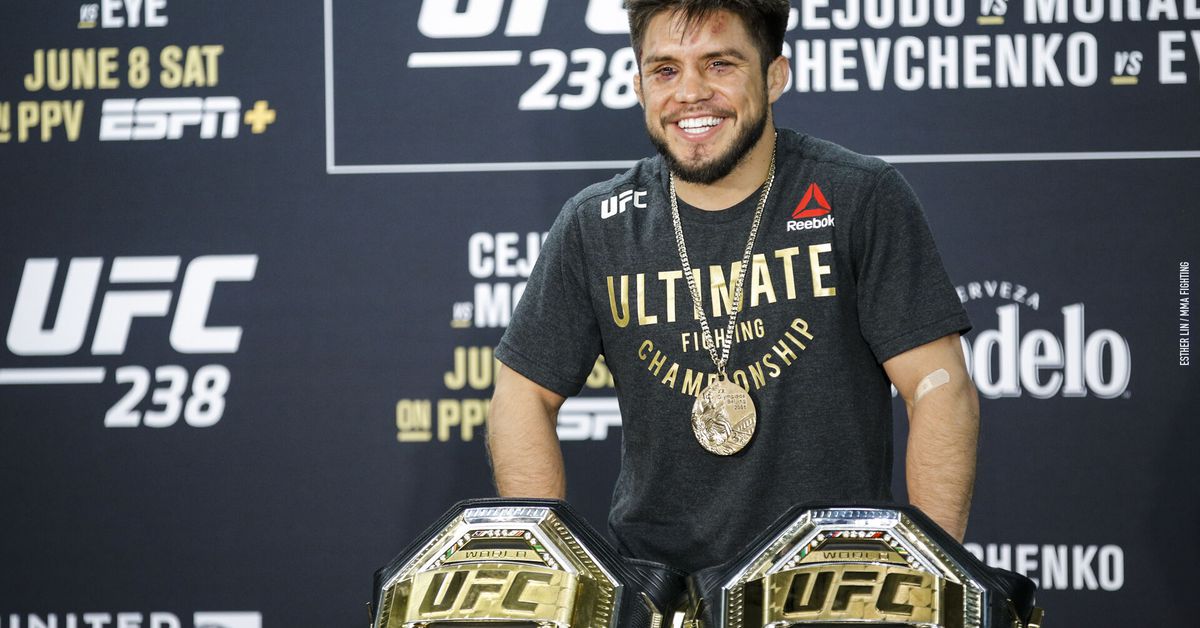 For Henry Cejudo, one legend is as good as another.

With the UFC’s schedule being turned upside down on a daily basis by COVID-19 precautions, the top stars are keeping their options open when it comes to potential opponents and the reigning bantamweight champion is acutely aware of this, especially following the possible cancellation of the blockbuster UFC 249 main event between Khabib Nurmagomedov and Tony Ferguson.

Cejudo has his own title fight scheduled against longtime featherweight king Jose Aldo. That bout is expected to take place at UFC 250 in Sao Paulo, Brazil, on May 9, but all the uncertainty has Cejudo on alert. Should that event be relocated and Aldo be hampered by travel restrictions, Cejudo suggested on social media that Dominick Cruz take his place.

This isn’t the first time that Cejudo has called for a fight with Cruz, a two-time UFC bantamweight champion who reigned over the division for almost 1,500 days combined. Injuries have kept “The Dominator” out of competition since December 2016, but his reputation has kept him squarely in Cejudo’s sights as the Olympic gold medalist looks to build his resume.

As of now, there have been no changes announced for UFC 250. A second championship bout is scheduled for the co-main event as Amanda Nunes goes for her first defense of the featherweight title against Felicia Spencer.