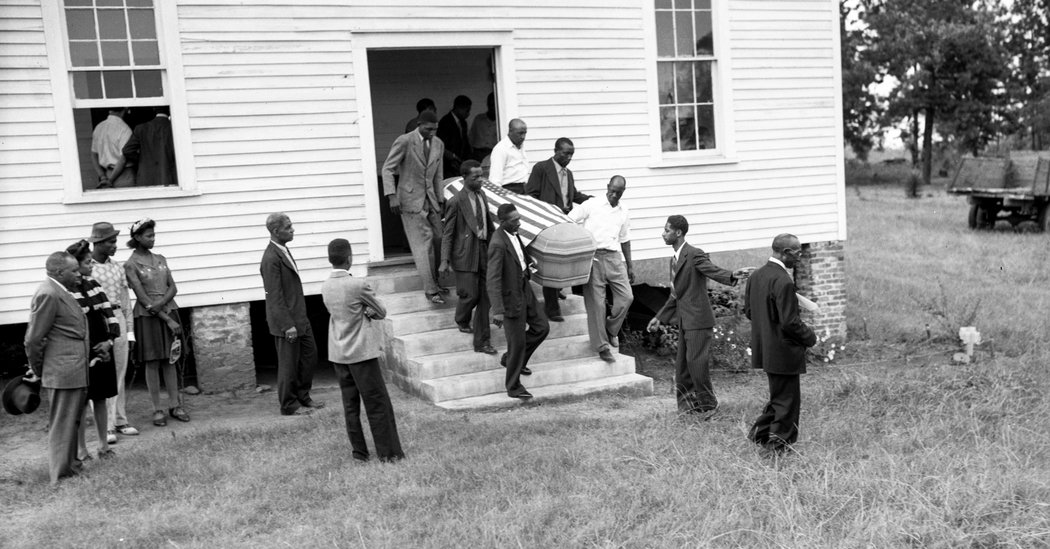 A federal appeals court has ruled that grand jury evidence long sought by civil rights activists and historians in a 1946 mass lynching case in rural Georgia must remain sealed.

Despite the historical significance of the case, the U.S. Court of Appeals for the 11th Circuit in Atlanta ruled Friday that federal judges do not have the authority to unseal federal grand jury records, except for a limited set of circumstances governing grand jury rules of secrecy.

The 8-to-4 decision reversed a lower court’s ruling in 2017 that the evidence should be unsealed. That ruling, which had been viewed as a breakthrough in the unsolved murders of two black couples in 1946 by a mob of white men in Walton County, Ga., was also affirmed in 2019 by a three-judge panel made up of members of the circuit court, which heard the case after the Justice Department appealed the lower court’s decision. Last June, the full court voted to rehear the case, which led to Friday’s ruling.

The victims in the lynchings, Roger and Dorothy Malcom and George and Mae Murray Dorsey, were dragged from their car at gunpoint on July 25, 1946, tied up and shot about 60 times at close range in the attack, which was widely considered to be one of the last mass lynchings in American history. It came to be known as the Moore’s Ford lynchings.

“I think history demands a full disclosure of the truth surrounding this important civil rights case,” Joseph J. Bell Jr., a lawyer who has fought for the release of the records for seven years, said in an interview on Monday.

Mr. Bell’s client, Anthony Pitch, an author and historian, had sued for the release of the records, which have been kept at the National Archives. Mr. Pitch died last year, so his widow has taken up the cause. Mr. Bell said he planned to appeal the decision to the U.S. Supreme Court.

“Why were 2,790 people interviewed?” Mr. Bell said of the investigation. “One hundred and six witnesses testified before a grand jury for 16 days and no one has been brought to justice?”

The Justice Department did not immediately respond to a request for comment on Monday night.

In a 2011 letter to a judicial rules committee, Eric Holder, then the U.S. attorney general, said that federal courts should be allowed to disclose grand jury materials of great historical significance. The rules committee opted not to proceed with the recommendation, the circuit court’s ruling said.

The lynchings prompted Martin Luther King Jr., then 17, to write a letter to what was then The Atlanta Constitution about the plight of black people in America and set off a wide-scale investigation by the F.B.I. under the agency’s director, J. Edgar Hoover.

The killings took place about 60 miles east of Atlanta, where the Moore’s Ford Bridge crosses the Apalachee River.

Laura Wexler, who wrote a book about the lynchings called “Fire in a Canebrake,” a reference to the gunshot sound of thicket burning, said in an interview on Monday that the ruling was disappointing.

“Not being able to see those grand jury documents means there’s so many things we don’t know,” Ms. Wexler said. “How the hell was nobody indicted in this?”

Ms. Wexler, who has also been involved in the records fight, said that she wanted to know how the police and the F.B.I. handled the investigation and whether grand jury witnesses, some of whom were African-American, felt intimidated.

“What happened in that jury room?” she said. “I think the storyteller in me as well as the historian is just hungry for that. Without it, it’s just like the story ends in midsentence.”