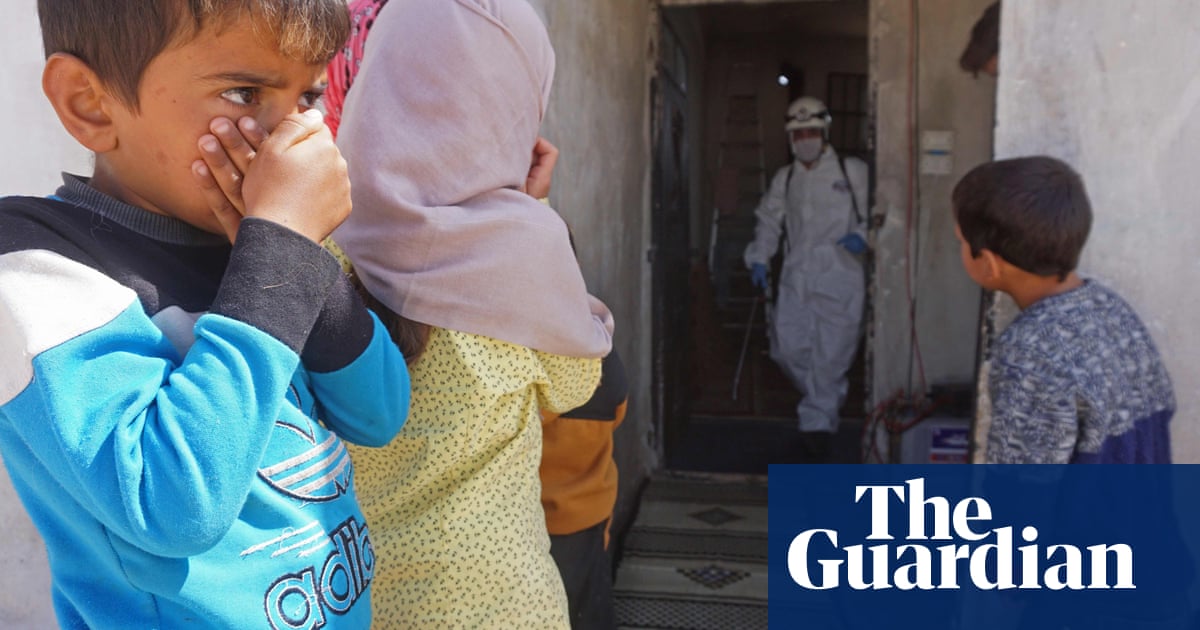 Health and other officials focused on Lebanon, Iraq and Syria fear the numbers of people infected with coronavirus far exceed the official figures disclosed by all three governments, and claim non-state actors are quarantining entire communities of patients in areas outside state control.

Officials, including bureaucrats, aid workers and international observers, who spoke with the Guardian over the past week say parts of Lebanon and Iraq in particular are likely to be holding thousands more infected people, and that a lack of disclosure poses a serious health risk over the next three months.

They also claim coronavirus patients are being housed and guarded by political groups in central and southern Iraq and southern Lebanon.

An even worse scenario is thought to be unfolding in Syria, where weak state structures, an internally displaced population of 7 million, and the fact large chunks of the country remainoutside central government control make controlling the spread of the virus almost impossible.

Ground and air links between all three countries have been largely severed, but there are deepening concerns that large numbers of virus carriers were able to return before borders were sealed in mid-March.

Returnees to Lebanon had arrived from all over the world, with a priest travelling from Italy thought to be responsible for one cluster, and travellers from Milan and London for others. However, the focus of concern has been on arrivals from the Iranian city of Qom, to where the biggest regional outbreak has been sourced.

Large numbers of Iraqi and Lebanese people, including religious pilgrims and merchants, had been in Qom as the crisis escalated and were gradually brought back by bus and plane to Baghdad and Beirut, where only small numbers of patients from their communities are being treated in public hospitals.

The leader of Hezbollah, the powerful political bloc-cum-militia, in Lebanon, Hassan Nasrallah, has said its returning members have been placed in quarantine and has vowed to be transparent about infections.

However, so far there have been no announcements from the group about the numbers of suspected or confirmed cases, and concerns are mounting that Lebanon’s relatively low official number of cases – 412 as of Sunday night – is actually much higher.

The spectre of a parallel health structure dealing with its own casualties has caused alarm among serving and former health officials, who say the central government should have access to patient data and be responsible for treatment.

“We are not saying this to make a problem for a certain political party, or area of the country,” said one official who, like all others spoken with, refused to be named. “But we know there is a much bigger problem in Lebanon than has been acknowledged.”

Similarly, the official Iraqi number of 547 has been widely challenged both inside the country and around the region. “People are dying in their homes with this disease across the country and being buried without authorities acknowledging what killed them. The numbers, and the areas of infection, need to be truly understood or else efforts to stop the pandemic elsewhere may be sabotaged.”

In Lebanon, a second official claimed that over recent weeks Hezbollah had quarantined areas in many towns in the south of the country and provided food and water to suspected patients. The neighbourhoods were guarded by party members, the official claimed.

Last week, a senior member of the Hezbollah Executive Council, Hisham Safieddine, said the party had 25,000 medics whom it had mobilised to treat patients. He said the party had placed 1,500 doctors and 3,000 nurses in public hospitals and was preparing empty hotels to be used as isolation areas. The party said it was monitoring 1,200 people who had returned from Iran. It did not say whether any were showing symptoms of the virus.

Council officials and Hezbollah members in southern Lebanon released photographs during the week of fabricated houses and large blue tent they said were to be designated as quarantine or treatment centres for future cases. On Tuesday, the party plans to showcase its preparations during a media tour in its stronghold area in Beirut’s southern suburbs.

“What they didn’t say is that these facilities are needed right now,” said one of the officials. “This isn’t future planning, it’s dealing with a critical real-time need. The public needs to know that, and so do people formulating a global response. What happens here matters outside the country.”

Two months into the pandemic, the number of cases across the Middle East continues to steadily rise. More testing in the past week is thought to account for a sharp increase in recent days. Lebanon’s testing had been at the lower end of the regional scale at 150-200 tests a day, but has increased since mid-week. Gulf Arab states have been testing more extensively, with Bahrain at close to 32,000 infections, Qatar 16,700 and Kuwait about 27,000.

A large number of those infections have been traced to Iran, and borders in all three states have been sealed and are set to remain so for at least the next fortnight.

In north-west Syria, the head of Idlib’s health directorate, Dr Munzer al-Khalil, said: “In one year, we lost around 76 health facilities. Donors have cut their funds and medical staff have been killed, arrested or displaced. The health sector in Idlib cannot cope with the inevitable outbreak and we fear 100,000 people could die unless we get supplies immediately.

“Our ventilators are always 100% occupied and we don’t have one single bed ready for a coronavirus case today. Camps are the perfect breeding ground for the virus and [we are] 400% over capacity, with 10 or more people sharing one tent.”