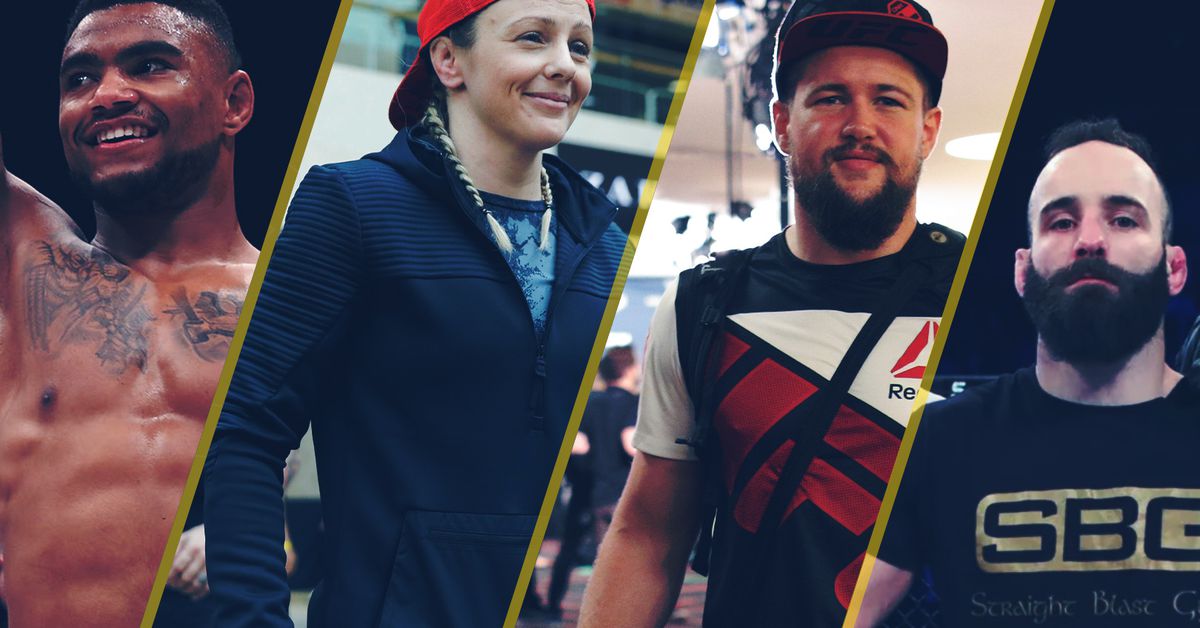 On this week’s Eurobash, Joanne Calderwood (15:30) sheds light on how she is preparing for her championship meeting with Valentina Shevchenko in isolation and reveals that she has been told that the original June 6 date for the bout will likely be pushed back.

Nicolas Dalby (40:00) returns to the show to detail how he found out about the cancellation of his UFC London co-main event bout with Danny Roberts and give an update on the fighters’ payment situation.

Morgan Charriere (1:05:30) explains how he tried to save his interim title bout at Cage Warriors 113 and why he thinks he will be fighting for the featherweight title in his next bout whether champion Mads Burnell will be defending it or not.

Pedro Carvalho (1:31:00) gave insight into how he is staying positive despite losing his championship clash with Patricio Freire due to the cancellation of Bellator 241 and reveals how the impending birth of his son led to his championship run under the banner.

Petesy Carroll and Niall McGrath look at all the latest news in European MMA including the ever-changing landscape when it comes to Khabib Nurmagomedov and Tony Ferguson, the cancellation of Cage Warriors shows and Jon Jones’ latest brush with the law.