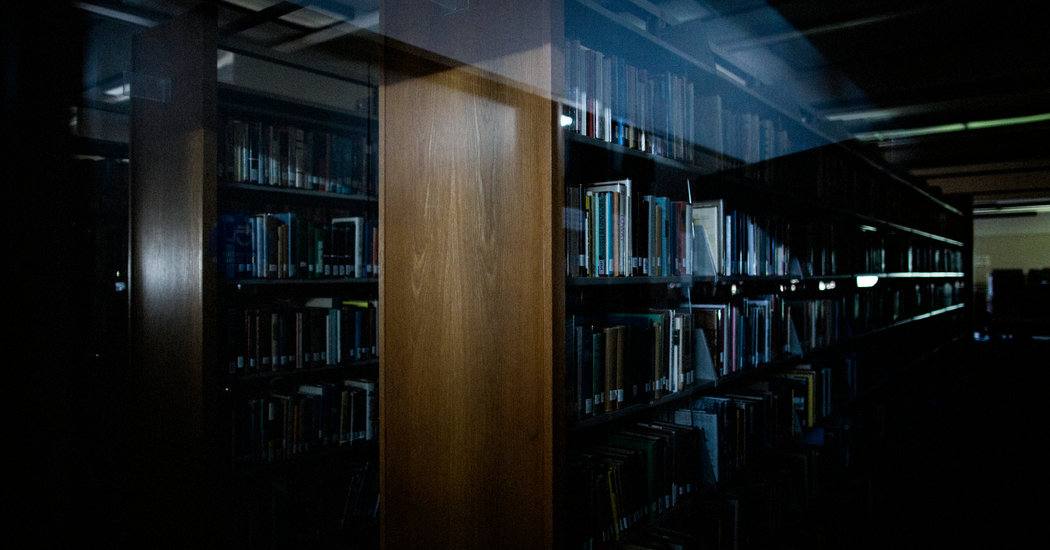 It was initially presented as a rare and welcome sliver of good news for the literary world.

Last week, Internet Archive, a nonprofit group, announced that it would drop the access restrictions for its scanned books to make them widely available to readers during the coronavirus outbreak. Calling it “a National Emergency Library to serve the nation’s displaced learners,” the group said it would suspend the wait-lists for about 1.4 million books until the end of the public health crisis.

Some early positive coverage of the project noted that it was filling a void, making books accessible at a time when many libraries and bookstores across the country have closed. But authors quickly began criticizing the effort, calling it piracy masquerading as public service. Some argued that the free online library would deprive authors and publishers of royalty payments — at a moment when sales are declining and many writers are struggling.

After NPR and The New Yorker ran reports praising the National Emergency Library (the headline over the historian Jill Lepore’s essay in The New Yorker called it “a gift to readers everywhere”), several prominent writers, including Colson Whitehead, took to social media to condemn the project:

“There is no author bailout, booksellers bailout or publisher bailout,” the novelist Alexander Chee wrote on Twitter. “The Internet Archive’s ‘emergency’ copyrights grab endangers many already in terrible danger.”

When Mr. Whitehead searched the site, he found that all of his books except for the most recent, “The Nickel Boys,” were available free. After he asked Internet Archive to remove the works they were taken down, Mr. Whitehead said in an email.

The author and illustrator Jarrett J. Krosoczka said he was not aware that many of his books were available free on the archive until his literary agent contacted him last week. Mr. Krosoczka said that, like many authors, he was even more dependent now on his royalties to make a living because the money he was receiving from speaking events has dried up during the crisis.

“I was very disappointed to find my books illegally uploaded to this service,” he said. “This is the intellectual property that supports my family.”

While Internet Archive calls itself a digital library, it operates differently from public libraries that have e-book lending programs. Public libraries get licenses from publishers for the e-books they lend, and publishers receive payments, according to the terms that are set. Internet Archive doesn’t get licenses from publishers but instead relies on donated or purchased books or copies it acquires through collaborations with physical libraries. The books are then scanned and made available for one borrower at a time, for 14 days. With that restriction removed, the archive is now operating more or less like a free digital book site.

In an interview, Brewster Kahle, the founder and digital librarian of Internet Archive, said the group decided to make its scanned books more widely available after hearing from teachers who were looking for more resources to teach remotely after schools closed. Authors who don’t want their work to be available through the site can opt out, he said.

The group’s emergency library project has found support within literary and academic circles. Some authors have asked to have their work included, Mr. Kahle said. More than 300 colleges, libraries, universities and individuals signed on to a public statement supporting Internet Archive’s actions. The statement says that the emergency library will help with “remote teaching, research activities, independent scholarship and intellectual stimulation while universities, schools, training centers and libraries are closed.”

Ms. Lepore, who wrote in The New Yorker that other collections should follow Internet Archive’s lead, said she viewed the emergency library as a worthwhile effort to help teachers and students who were confronting an urgent educational crisis. “People who can afford to buy books should be buying books right now,” Ms. Lepore said in an email. “But, meanwhile, in addition to a public health emergency, there is an educational emergency.”

Still, some organizations that represent authors and publishers said the effort could do more harm to the publishing industry at a time of economic crisis.

“They’re operating without any permission whatsoever from authors or publishers who own the copyright for these works,” said Maria Pallante, the president and chief executive of the Association of American Publishers. “It’s blatant infringement.”

The Authors Guild also slammed the National Emergency Library, arguing that Internet Archive was using the public health crisis to “advance a copyright ideology that violates current federal law and hurts most authors.”

Mary Rasenberger, the executive director of the Authors Guild, said that Internet Archive’s decision to give readers unlimited access to its online collection violated intellectual property laws. “All they’ve done is scan a lot of books and put them on the internet, which makes them no different from any other piracy site,” she said. “If you can get anything that you want that’s on Internet Archive for free, why are you going to buy an e-book?”