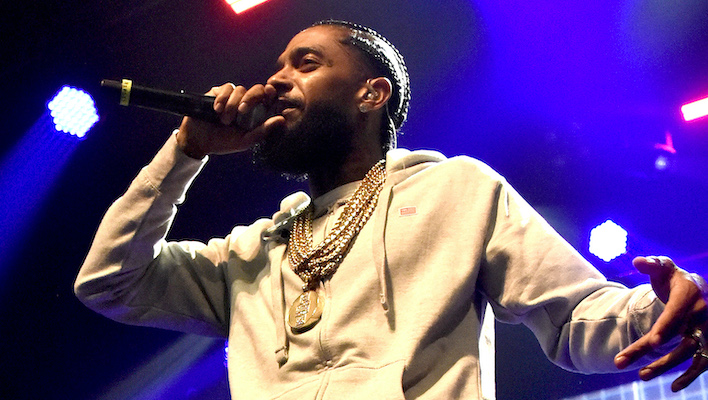 This week marked the one-year anniversary of Nipsey Hussle’s tragic death. Fans and celebrities alike celebrated his life and music on Tuesday, ensuring that his legacy would live on forever. Since his passing, fans have had to rely on artists who collaborated with Nipsey before his death to share new music, but they have all longed for a posthumous release from the rapper.

And now we know that release may actually happen. Speaking with Revolt TV for a special episode of their Tour Tales series, DJ VIP, Nipsey’s tour DJ, spoke on Nipsey’s unreleased music, revealing that he left “a ton” of tracks in the vault.

“First of all, if any music ever comes out, it’s going to be with the blessing of Sam [Asghedom] (Nipsey’s brother) and the family,” he said. “So, at this point, that’s something they would have to answer. Right now, there’s a ton of Nipsey music that hasn’t been released that is original Nipsey music. But, that’s up to them. At this point, there are no plans for anything to come out in the immediate future.”

In response to a question that asked if there was an unreleased record that he hopes will be released, DJ VIP spoke on the quality of the music that sits in the vault.

“There are a couple that is sickly chilling. To hear them in the context of now, it sounds like he knew his future,” he said. “He wasn’t saying a bunch of stuff in every song just to say every situation is applicable to him. He was painting very clear pictures. There’s a couple of songs that are really eerie to hear because of the context of the situation now.”

DJ VIP also spoke on plans for a tribute show in honor of Nipsey, but the concerns with the coronavirus pandemic prevented the idea from moving past the discussion stage.

“I would’ve loved to have us come together to put on a show,” he said. “But before we could even start discussing it, everything with the corona[virus] stuff started happening.”