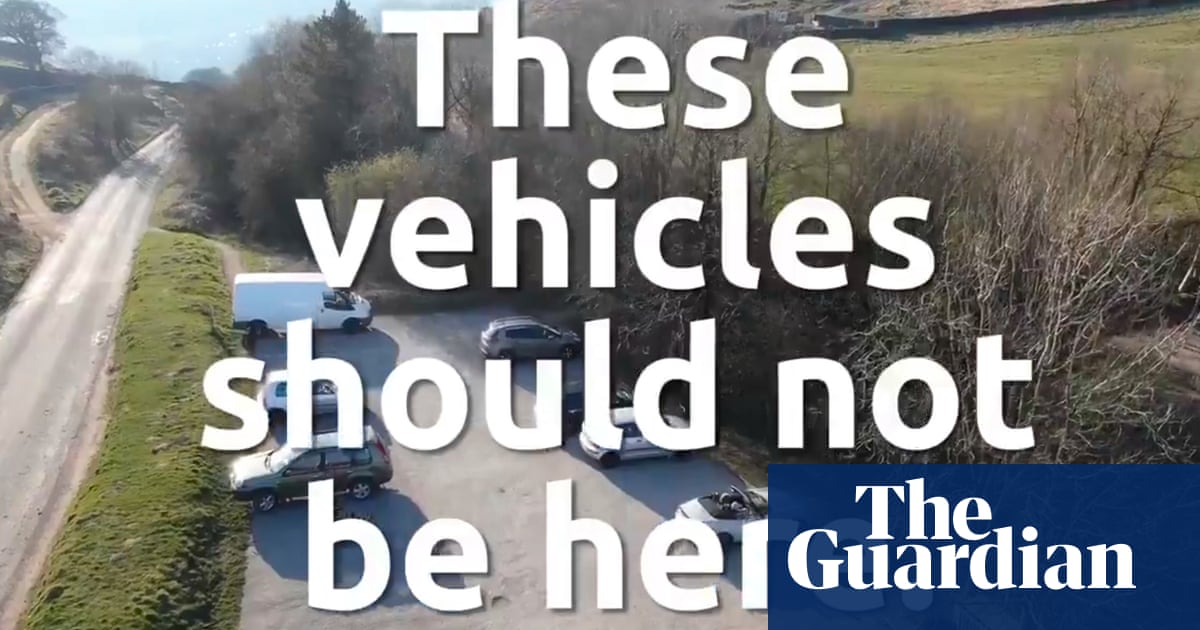 The Derbyshire chief constable whose force was described as “disgraceful” by a former supreme court judge has defended the behaviour of his officers and said other areas were being more draconian in the enforcement of the coronavirus lockdown.

Ch Con Peter Goodman, said the emergency laws were unclear and argued the use of police drones to highlight people exercising on a seemingly empty Peak Districtwas meant to start a conversation.

He used a series of media interviews to point out his officers had yet to issue a fine, a summons or make an arrest.

He reacted after Derbyshire constabulary was singled out by Lord Sumption, who described the use of the drones as “disgraceful” and reminiscent of a police state.

Goodman told the Derby Telegraph: “The new legislation is not absolutely clear. We have been highlighted because of the slightly unusual use of drones.

By Monday, the Lancashire force had issued 123 fines under the emergency powers, which came in last Thursday and outlawed non-essential shops staying open, two or more people gathering and tried to get people to stay in their homes with limited exceptions.

Forces such as Bedfordshire, Durham, Hampshire, Leicestershire, Lincolnshire, Northamptonshire, Suffolk, West Midlands, Wiltshire as well as Derbyshire are yet to use the enforcement powers.

Derbyshire’s police and crime commissioner, Hardyal Dhindsa, told the Guardian he defended the force’s actions to bolster physical distancing. “Derbyshire police have been applauded and the majority of the public have been very cooperative, understanding and supportive,” he said.

Some other forces are using nudge theory to encourage people to comply, pointing out how many already are rather than highlighting problems.

In a video message, teh Greater Manchester police chief constable, Ian Hopkins, thanked the public for a “huge” drop in numbers on the streets.

He also accepted mistakes had been made implementing the radical and sweeping emergency laws: “Our policy is engage, encourage, explain and lastly enforcement. There will be individual officers who will get that wrong and we are working very hard for consistency.

“Policing by consent is important and we can only make all of this work with the consent of the public. I want to thank the vast majority of you that are sensibly following the guidance.”

Police chiefs want to achieve greater consistency across forces with an expectation the lockdown will last considerably beyond the three weeks initially announced by the prime minister last Monday.

There are concerns about public tolerance as the lockdown continues and the weather warms up.

Gracie Mae Bradley, the policy and campaigns manager at the human rights organisation Liberty, said the different interpretations by different forces meant people did not know how to observe the laws.

“Despite the broad scope of these powers, we’ve seen various incidents of police going even further – and beyond their lawful remit. This makes it impossible for people to know how to comply with these new rules, and challenge police when they overreach. There has also been a counter-productive lack of clarity in government statements on these rules.

“There have been amazing community responses to this pandemic, and people have shown they are willing to change the way they live – but that goodwill, and the broader aim of protecting public health, will be undermined by harsh and heavy handed policing.”

Adam Wagner, a human rights barrister at Doughty Street Chambers in London and a visiting law professor at Goldsmiths University, tweeted: “My sense is that there is major confusion over the difference between the government guidance and the law set out in the Coronavirus Regulations 2020. Police can advise the public but must make clear (and be clear themselves) what they have power to enforce.”