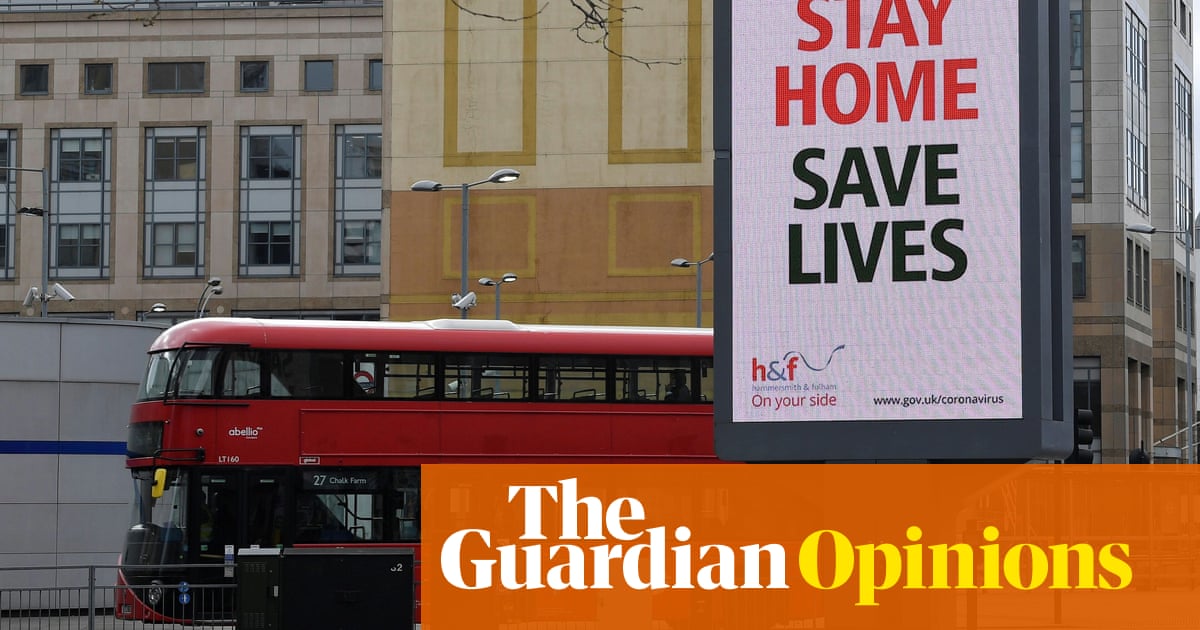 In more auspicious times, there was a question I would sometimes ask in the pub to fuel a fun, boozy conversation. It was: “If you found yourself here in London in an apocalyptic scenario, would you stay or would you go? And if you were to flee the capital, how would you do so?”

After the plausibility of bicycling to Hertfordshire was inevitably shot down by my friends, I’d usually settle on staying, making jokes about the 80 or so bottles of homemade wine that we have on the premises. But now that I’m here, in a lockdown where the only moral option was to stay put or risk spreading the infection further, I’ve had to conclude that London really could be one of the worst places to be in a national emergency.

Crises always lead to a reassessment; in this case of what constitutes privilege, that much-overused term

Though I grew up in the countryside, I was born in the Whittington Hospital in north London. I now live a stone’s throw away, and was married in the same building in which my birth was registered. When I moved back to London, in 2006, I fell for the city hook, line and sinker, and was under the assumption that it would always be that way. I’m that moon-eyed fool whose heart soars when the bus unexpectedly crosses the river. I’m the putz marvelling about being able to walk out of my house and consume the cuisine of a dozen different places and cultures.

The Covid-19 crisis has made the scales fall from my eyes. It isn’t just the constant sirens, which used to be background noise and now have taken on a heart-wrenching, doom-laden significance, or the lack of space, which sees me rounding corners with the apprehension of a teenage girl in a horror film.

The last global crisis didn’t change the world. But this one could | William Davies

I find myself jealous of my father, in Wales who has been self-isolating down by the river; of my childhood friends, who have mountain ranges as their back gardens, the ocean on their doorsteps. I find myself envying their close-knit communities, which have rallied in mutual support. Meanwhile, I have only just met my next-door neighbour, who moved in six years ago. What am I doing here, so far from nature and from family? What was so important?

I know the answer to this, of course: my work, my sense of identity, my friends, culture. I felt that the culture London had to offer was unparalleled. But when you close the galleries and the gig venues, what is left? I simply trudge through the same old backstreets on my daily walk; even my local green space, Hampstead Heath, has little new to offer. It has led me to conclude that the city is great because of its people, the people who have made its food and its art; its architecture, too, though much of that now lies empty. As for the geography, I can take it or leave it.

I wonder if, after this is all over, our cities will see a mass exodus. Crises, such as this pandemic, always lead to a reassessment; in this case of what constitutes privilege, that much-overused term. Aside from wealth, I used to think privilege meant access to culture, which we rightly value as important. Yet many of us have forgotten to value the natural landscape and what it has to offer us. Privilege, as I see it now, in the midst of this emergency, is the ability to roam in the open countryside. I’d lost touch with that, over the years, despite my childhood climbing trees, hiking up the sides of mountains, and swimming in the pools above waterfalls.

Of course, it could just be that I am of that age now. Thousands are already fleeing London for a quieter life, with more than a third of a million people moving out of the city last year. And this pandemic, pollution, and of course climate change will only accelerate that. Or it could just be the state of emergency. In 2016, suffering the after-effects of post-traumatic stress disorder following the Paris attacks and fearful of similar happening here, I kept begging my then boyfriend, now husband, to move me to a cottage in the country where I could spend my life tending roses. He humoured me, because I wasn’t in my right mind. This time, I am. I may well forget this feeling when the city shakes itself off and comes back to life in all its shimmering vigour, but I somehow think I won’t. I’ll always have warm feelings towards London, its diversity and its energy.

I’m moved by small acts of kindness in my community: one neighbour is posting nasturtiums through the letterbox, another, who is on benefits and is making a new life here after arriving from a very poor country, left a box of essentials in the hall. Last week I looked from my window and saw him meditating in a fading patch of evening sunlight. Clapping for the NHS reminded me that there are other, kindly souls all around us. This city means a lot to me. I’m fond, but not in love. Nor am I “tired of life”. I just understand that life is also elsewhere.