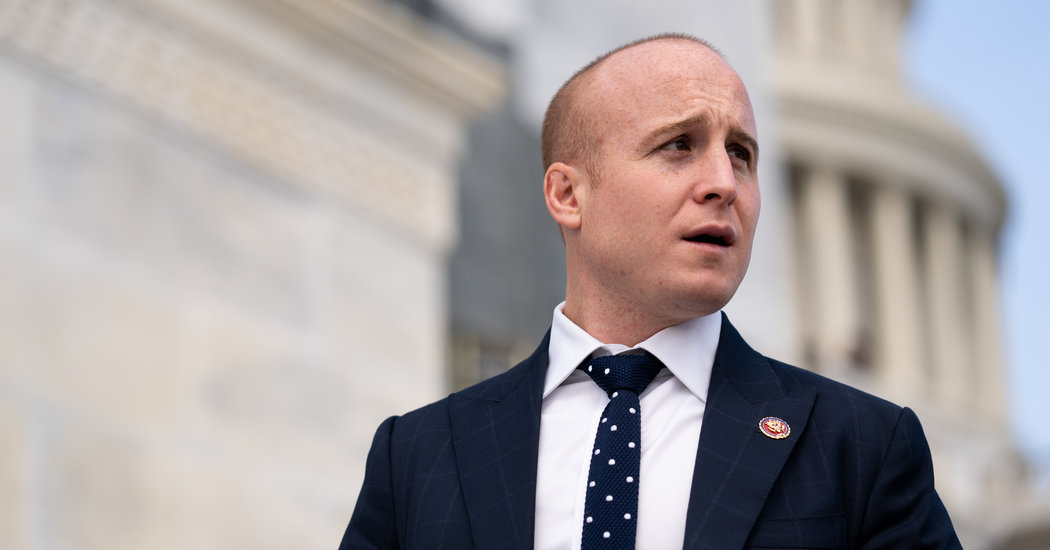 WASHINGTON — Representative Max Rose, a freshman Democrat from New York, announced on Tuesday that he would deploy with the National Guard on Wednesday to assist the hard-hit city’s coronavirus response efforts, making him the first member of Congress to do so.

Mr. Rose, a captain in the Army National Guard and decorated combat veteran in Afghanistan who represents Staten Island and parts of southern Brooklyn, said he chose to deploy to “do my small part” to combat the pandemic, and would help set up field hospitals in Staten Island and other parts of New York.

With Congress in recess and members working remotely from their districts, Mr. Rose said he believed the severity of the situation in New York required him to take a more a hands-on role rather than attending to the seemingly endless string of conference calls, including town halls, and other socially distanced activities that now fill lawmakers’ days.

“I do see this as an opportunity to serve New York City and my community, and to serve on the ground from an operational perspective,” Mr. Rose said in an interview on Tuesday. “This is about working day-to-day to make sure we can withstand and weather this surge.”

Known in the halls of the Capitol as a swaggering (and sometimes profane) straight shooter, Mr. Rose ousted a Republican incumbent in 2018 in a district President Trump won by nearly 10 points, after a campaign built on his knack for retail politics and fund-raising prowess. His military background — he earned a Purple Heart and Bronze Star after he suffered injuries when his vehicle hit a roadside bomb in Afghanistan in 2013 — was a crucial piece of his biography that helped power his bid.

Mr. Rose rallied his colleagues to call on President Trump earlier this month to send the Navy hospital ship U.S.N.S. Comfort to New York to help relieve New York’s overwhelmed hospitals. Now, he has decided to become more personally involved in the response effort to a virus that has taken a grim toll on his district and others throughout the state.

In the interview, Mr. Rose cited a recent trip to the Jacob K. Javits Convention Center in New York, which the National Guard helped turn into a makeshift hospital, as an example of the key role the reserve force can play in the crisis.

The National Guard in New York has activated over 2,000 personnel to help mitigate the spread of the virus, dispatching medics and technicians to establish and administer testing sites and troops to set up field hospitals.

Members of Congress are currently working from home and are not expected to return to Washington before April 20. Mr. Rose said on Tuesday that he would be able to return to the House and vote on legislation if needed, and noted that staff aides in his office would continue to assist his constituents and take on their casework.

“People are living in fear each and every day,” he said. “There is a fierce sense of urgency around this crisis. It is a fight that will define this generation.”

Nearly half a dozen other members of the House still serve in the National Guard. Representative Adam Kinzinger, Republican of Illinois, was activated last year for a two-week deployment conducting aerial surveillance over the southern border.

“It literally does pale in comparison to what our medical professions do every day,” Mr. Rose said. “I am just trying to do my duty and my small part.”