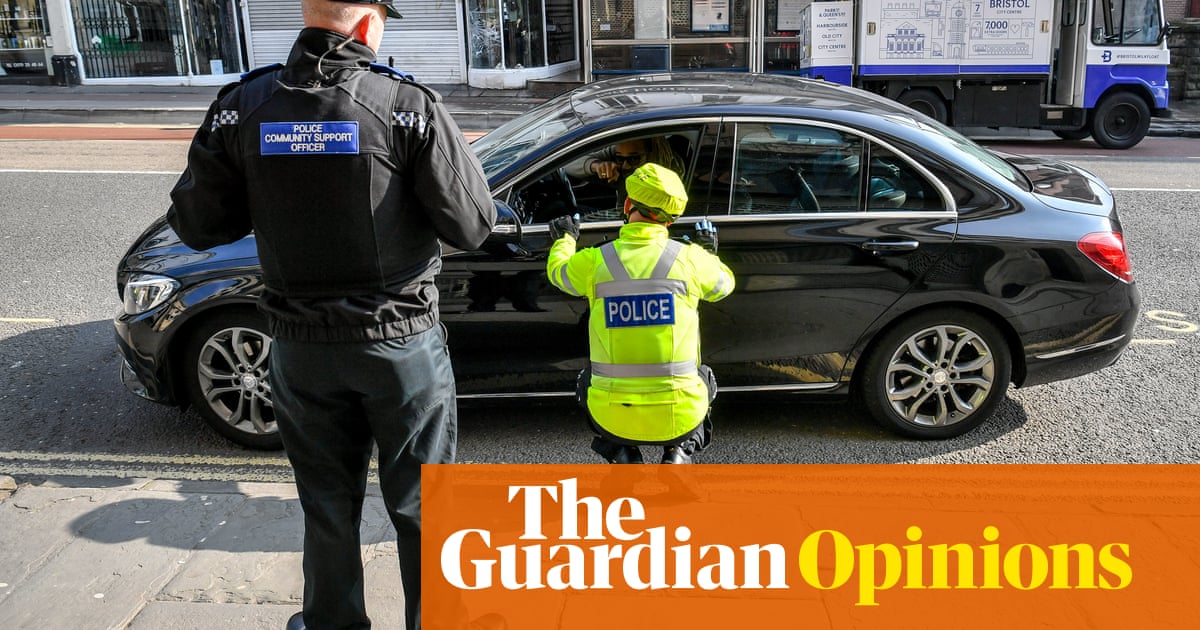 On Monday, in the midst of a global pandemic that has seen at least 1,408 people die in the UK alone, No 10 was forced to clarify that, contrary to some claims by police, it is indeed still legal to buy and sell Easter eggs. This came hot on the heels of Derbyshire police shaming walkers in the Peak District on social media, attempts to fine a bakery in London for drawing social distancing lines on the pavement outside, and south Wales police scolding an MP for dropping off groceries to his elderly father.

As if the spectacular measures in the Coronavirus Act passed last week weren’t enough, the government chose on Thursday to establish emergency rules under the Public Health Act 1984. These rules stipulate that we must have a reasonable excuse to leave our homes and that with a few exceptions, gatherings of more than two people in a public place are forbidden. The punishment for breaking the rules is either a fixed penalty notice or potentially a criminal conviction, with the police empowered to make us go home and if necessary, use force to do so. The current situation is being further complicated by discrepancies between government guidance and the letter of the law.

UK police warned against ‘overreach’ in use of virus lockdown powers

What is clear is this: we are now all presumed absconders until we demonstrate otherwise. Yet, as with every universal restriction on liberty, the effects of this new state of emergency will not be felt evenly. Dominic Raab, the foreign secretary, yesterday urged police to “use their discretion” in enforcing the new rules. Even on a purely liberal analysis, that is not how the law works. Police have a clear set of rules that they can enforce, and enforcement beyond those rules is outside the scope of their powers and unlawful.

As the police monitoring group Netpol remarked yesterday, arbitrary policing wasn’t suddenly invented last week. While some white people may be surprised by the inconsistent way in which the new powers are being enforced, communities of colour already know that police discretion is a gift not bestowed equally.

There is a long history of police power being deployed as a disciplinary tool against communities of colour, from the sus laws of the 1970s (the stop and search laws) to the more recent response to serious youth violence, which included calls for armed police patrols on inner city estates, and even deployment of the army. The recent reports of coronavirus policing brought to mind a 2018 report by StopWatch, which explores the experiences of young people of colour arbitrarily included on the Metropolitan police’s gangs list, for whom being stopped and searched is as normal as “putting your clothes on”. For some young people of colour, then, daily life was already locked down well before coronavirus arrived.

Far from being the solution, police discretion is actually part of the problem. For black people in England and Wales, police discretion looks like us being subject to 16% of police uses of force – and 20% of electro-shock weapon usage – despite being just over 3% of the population. Police discretion is us being nearly 10 times more likely than a white person to be stopped and searched, despite being no more likely than people of other ethnicities to be found with prohibited items. It is the Met’s gangs database being comprised of 78% black people, despite only 27% of people responsible for serious youth violence in the capital being black. It’s therefore not unreasonable to worry that people of colour who are actually obeying the new rules may nevertheless find themselves targeted by the police for perceived infractions.

Physical distancing is clearly vitally necessary in protecting the many people in our communities for whom this virus would prove fatal. But we should not fall into the trap of thinking that policing alone can achieve the enormous social change that is needed to see us through this public health crisis – especially if headlines about bans on seasonal confectionery continue. Any attempt at prioritising coercive power over a public health response won’t just undermine the immediate aim of suppressing Covid-19. If communities of colour are left to bear the brunt of arbitrary policing, the damage done will last even when this crisis is over.

• Gracie Mae Bradley is policy and campaigns manager for Liberty